I read this book back in June of this year and thought it was AMAZING!  In fact I started my review by saying “I can honestly say that when I turned the final page my first thought was that this book has easily made it onto my personal list of 5 Best Books EVER!  I realize that may have been a knee-jerk reaction because I could never really compose a list of FIVE BEST EVER, but if I had a list it would be a contender.  Is there a 7-star rating system somewhere?” 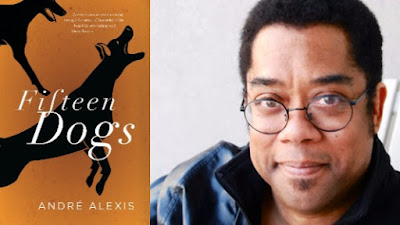 On November 3rd, 2015 The Writer’s Trust of Canada held their annual awards ceremony in Toronto.  André Alexis - who is also a finalist for the Scotiabank Giller Prize - won the $25,000 Rogers Writers' Trust Fiction Prize for his novel Fifteen Dogs.

The other nominees for this prestigious award were Elizabeth Hay (His Whole Life), Pamela Mordecai (Red Jacket), Russell Smith (Confidence) and John Valliant (The Jaguar’s Children).  The Jury called Mr. Alixis’ work "a beautifully written allegory for our times" and said it is "an original and vital work written by a master craftsman: philosophy given a perfect form."

So kudos to Mr. Alexis for his well deserved win. 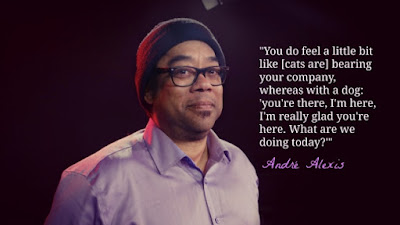 Andre Alexis was born in Trinidad, grew up in Ottawa, Ontario and currently resides in Toronto, Ontario, Canada.  His debut novel, Childhood, won the Books in Canada First Novel and Trillium Book Award, and was short-listed for the Giller Prize and the Writers’ Trust Fiction Prize.  His previous books include Asylum, Beauty and Sadness, Ingrid and the Wolf, and, most recently, Pastoral, which was also nominated for the Rogers Writers’ Trust Fiction prize. 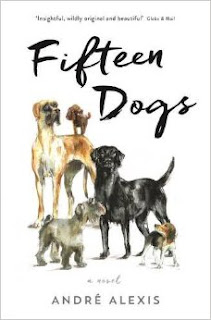 When I was looking for pictures to post I noticed the UK cover for this book.  Personally I found it a little disappointing, almost making the book look cartoonish and possibly "cozy".  It's hardly that!  Pardon my ignorance, but  why do they feel the need to develop different covers for different markets?