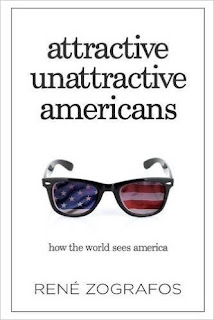 I cannot really explain why this book appealed to me when it blipped on my radar.  Of course, I have my own opinions of the U.S. (really, who doesn’t?) … and living in America’s neighbor to the North (Canada) … and having family and friends in/from Europe I could have compiled my own list of people’s opinions about the U.S. and it’s residents.  Still, it was interesting to read what a wider circle of people felt about the U.S.  Sometimes those interviewed had been to the U.S. and others formed opinions based only on television, music, movies and what they hear of the politics.  I can only say that uniformly – the opinions were diverse.

Part of the book description reads, “In ATTRACTIVE UNATTRACTIVE AMERICANS, Zografos - an award-winning Norwegian-Greek author of eight books and veteran journalist - brings together the voices of thousands of people from around the world to highlight their opinions of Americans and the country they live in. From Mexico-born 'Dog Whisperer' Cesar Millan and a Bangkok-based tailor named Marco, to American girl-obsessed Italian teenagers and Swedish ex-pats living in the U.S.A., Attractive Unattractive Americans is chock-full of hundreds of unexpected insights, opinions, compliments and criticisms about the so-called "greatest country on earth.”

When I started this book I was expecting a sort of “Man on the Street” (maybe think Rick Mercer) type listing of quotes from people in different countries.  Maybe, sorted by country or topic.  Yes, there were quotes scattered throughout the book and they exhibited rather extreme differences in people’s conception of "American".  Yes, Mr. Zografos did interview international celebrities, authors and people on the street.  I have no complaint with that as he did give a very wide variety of people a voice.  Although Mr. Zografos spent seven years researching this book, unless much of what he compiled was not included, I suggest that the description of “thousands of people” a bit of an overstatement.

What Mr. Zografos actually did was intersperse quotes between his own feelings and opinions about the U.S.  Not that what he had to say was not enlightening – it was, nor was he wrong in some of his observations – he was not – but, oh my goodness, his Norwegian heritage comes through loud and clear.  However, that was not what I was expecting when I requested this book.  In that respect the book, while still interesting, let me down a little bit.

The one thing that really led to this book’s 3 star rating was the fact that it was a bit of a hodge-podge in how it was put together.  Some sort of order would have been appreciated as the topics, whether Mr. Zolgrafos’ essays or the “people on the street” quotes were not in any specific order.  I would be reading about music, jump to economics/politics with maybe a few quotes about appearance thrown in here and there and then I was back to music again.  Since Mr. Zografos wanted to include his personal (pages long) opinions I would have liked to see chapters organized by topics, the quotes at the beginning of the chapter and then Mr. Zografos’ thoughts.

Overall, I am glad I read this book.  Did I learn anything?  Yes, there were some very solid arguments in this book about health, healthcare and the possible future of the U.S. in world economics.  Did it change my personal opinions about my neighbors to the south?  Not really.

ABOUT THE AUTHOR (from his Amazon Author page)

René Zografos is an award winning Norwegian author of fiction- and non-fiction books.  René Zografos's books and stories have won the hearts of thousands of readers since his first book release.

Renés backgorund is journalism and photography. After years of education, René started to work in the largest woman- fashion- and feature magazine in Norway. Since then he has worked for several magazines and newspapers, as well as for artist, designers, publishing houses and many other customers around the world. René has also invented family-boardgames. 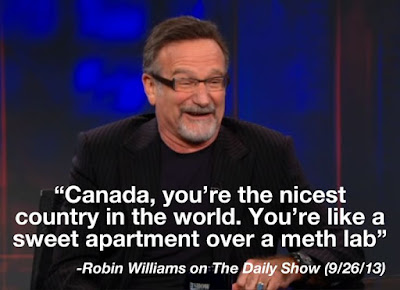