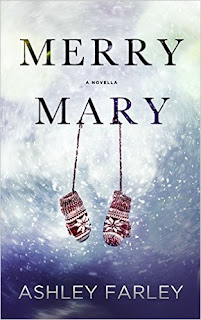 After having one miscarriage and one stillbirth Scottie Darden is throwing herself into her work to stave off the emptiness she feels from the empty nursery at home.  Working on “Lost Souls”, a photo project featuring homeless people – she hopes it will help establish her career as a photojournalist – she is offering some hot food and coffee to her homeless photo subjects when she discovers a young girl dead in her tent.  In her arms lies a crying baby girl.  As soon as Scottie announces the death, screaming for help, the small group of vagrants quickly disperses.  With no one around and her cell phone charging at home Scottie has a decision to make … wait until someone shows up or take the little girl home with her to a warm home, a bath, a clean diaper and some formula.  She decides her home is the best place.  A decision that will be hard to undo as it doesn’t take her long to fall in love with the baby.

What will happen when an autopsy shows the young woman had recently given birth and was breastfeeding yet there is no baby to be found?

I was hoping for a heartwarming Christmas story as I started reading this book.  There were moments that did tug at the heartstrings but in my opinion this novella could have been so much more.  Despite her heart of gold when it came to Mary (the baby) I really did not like Scottie.  She seemed very spoiled and self-centered.  Her mooch of a husband does a disappearing act halfway through the story, her parents are supportive yet seem slightly aloof and her brother is a hard drinking womanizer who, admittedly, does step up when he’s needed but only as last resort.

The story itself seemed a little far-fetched.  As the characters were having one stressful moment after the next trying to figure out what to do with the baby I was thinking of any number of reasonable solutions.  Of course, that would have made it a 5-page short story.

There was also a little bit of confusion for me as the reader.  At several points near the beginning of the story it looked as if it were going to take a slightly religious path (okay, since it is a Christmas story) then for the second half of the book the whole theme was totally forgotten and never mentioned again.

I’m going to give this one 3 bookish Christmas Trees.  It was well written and it had a good premise.  I guess it was not quite what I was expecting (my fault for having pre-conceived expectations).  Still, it is a sweet holiday idea.

* I received this book at no charge from the publisher, CrushStar MuliMedia LLC via Netgalley in exchange for an honest review *

If only I had another minute, another hour, another day. There never seems to be enough time to accomplish all that’s on my mind.

I am an indie author, amateur photographer, and mother of two college-aged kids who bring me much joy but are turning my hair gray. My contemporary women’s novel Her Sister’s Shoes, June 2015, is the story of three middle-aged sisters that proves the healing power of family. My debut novel Saving Ben, January 2012, is a tribute to my brother—the boy I worshipped, the man I could not save.

I experienced the fragility of life when my brother Neal died of an accidental drug overdose in 1999, at the age of 37. He touched the lives of many with his wonderful sense of humor, his infectious laugh, and his tortured soul.

I learned a lot during the many years my family suffered the fallout of my brother’s addictions. After Neal’s death, I wanted to share those experiences. I wanted to tell anyone willing to listen how substance abuse and mental illness destroys families. I wanted to counsel groups of students about the dangers of alcohol and drug use. But every time I tried to talk to others about Neal, my voice shook and my eyes filled with tears. So I let the experts do the talking. I chaired education committees at my son’s school to promote alcohol and drug awareness to parents. And I helped to organize a series of leadership symposia where we brought in world-renowned speakers to empower students to become better leaders through honor and integrity and character.
But none of my efforts were enough to fill the hole in my heart created by my brother’s death. So I turned to writing. Saving Ben is not a memoir, but a story about the special bond between siblings.

I grew up in the salty marshes of South Carolina, but I have lived in Richmond, Virginia, a city I love for its history and traditions, for most of my adult life. I love to travel, garden, and when I’m in the mood, I like to try out new recipes.
Posted by Unknown at 11/30/2015