A Short Trip Down Memory Lane?

There are some things that I have a hard getting rid of … clothes, shoes and books!  I’m not a hoarder (although a quick peek into my storage room in the basement may convince you otherwise) but I get attached to things.  I recently did some purging of books *sob* *hiccup* and came across some children’s books I had put away.  I couldn’t bear to even donate them to the Free Little Libraries even though there were some pretty desperate pleas for children’s books. 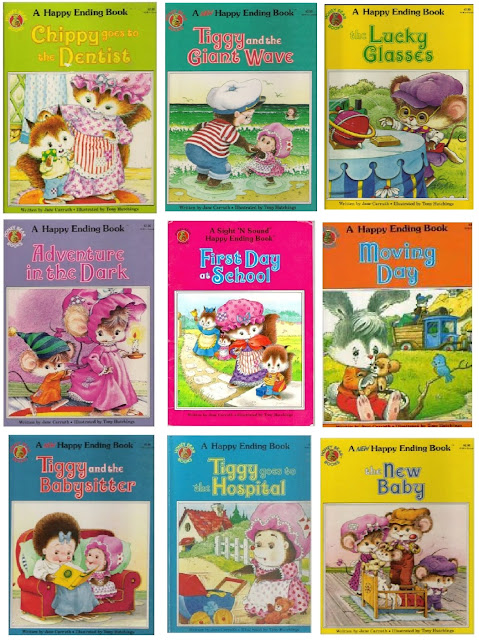 I remember how much my girls loved these books when they were little.  Whenever a new one came out we would buy from it the book section at the grocery store.  Money was tight so it was the “treat” for that week’s grocery trip.  I think it was the cute and really bright illustrations that had my girls so enamored of the books, along with stories that they could relate to … Chippy’s first trip to the dentist, Tiggy’s first day at school, Tiggy going to the hospital and Chippy needing to apologize … all first time experiences for little ones. 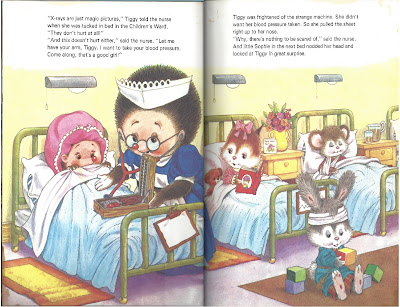 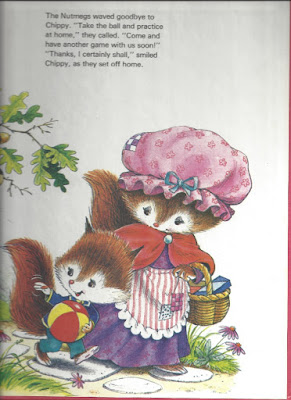 I packed the books away again.

My youngest daughter was recently invited to a baby shower and one of the requests made to guests was to bring along a favorite book from their childhood.  My daughter called and asked if I still had the “Tiggy” books.  That was her choice for a favorite childhood book.  Altogether now … Awwwww!  What happened though surprised her – and me.  They were asked to leave the book behind when they left to start a library for the new baby.  Okay, okay … cute idea!! … I love the principal of the thing BUT they might have told the attendees as (according to my daughter) many of them had not anticipated having to leave behind a childhood treasure so had brought their own books and not newly purchased copies.

Long story short … our “Tiggy” books are put safely away again and will not be participating in any future “baby shower” antics!

I did manage to part with some Berenstain (stein?) books when I was purging because they are still published and readily available should my offspring ever decide to procreate.  When I mentioned this to my oldest daughter I received a stern talking to.  She had a little rant that if I didn’t have room for them anymore she would have been glad to take them … uh-huh … this coming from someone who moved out ten years ago and still has half her stuff tucked into my crawlspace.