Are Amateur Reviews Valuable to Anyone?

There has been a lot of chatter on various blogs lately about writing reviews, reviews being sold and purchased through Fiverr, authors stipulating only positive reviews in exchange for their ARCs, etc.  To add to those threads I thought this was a timely article posted in The Globe and Mail on October 21, 2015.

Written by novelist Russell Smith, it addresses some of these issues from the perspective of an author.  He also discusses the value of reviews posted in traditional newspapers, these becoming more rare as economics lessen the space for them as well as one author's creative answer to his book, despite being nominated for several awards, was virtually ignored by the press.

I thought it was a interesting article to share.

Russell Smith: As a novelist, I have to ask: Are amateur reviews at all valuable to anyone?

RUSSELL SMITH
Special to The Globe and Mail
Published Wednesday, Oct. 21, 2015 3:17PM EDT
I waited impatiently for the first Amazon review of my most recent book to appear. You can’t control these things, I thought, you just have to wait for someone out there in vacuum-land to love it enough to post. And there, finally, it was, the first review: one star. One star! The text of the review in its entirety was, “I was not impressed.” This encomium had been written by “Amazon Customer.”
Curious about Amazon Customer’s taste, literary and otherwise, I looked at her other reviews, her oeuvre as it were. She also really very much did not like The Real Retirement: Why You Could Be Better Off Than You Think and How to Make That Happen, by Fred Vettese (one star), because the print was too small. A similarly harsh judgment awaitedRight Answers: The Answer to 260 of Your Retirement Questions, by Sam Albanese (two stars). Her string of disappointment continued with the Babyliss Pro 12 Hair Roller Set (one star; it doesn’t even work after nine uses) and the Cole And Mason 2 in 1 Salt and Pepper Grinder (one star; too slow to grind). I was very relieved for her when she at least enjoyed the 6” Metal Brown Cast Iron Chipmunk Door Stop Wedge Stopper, as it fulfilled its door-stopping functions admirably (four stars).
And I was genuinely pleased when she found a book that she enjoyed:Torment: A Novel of Dark Horror, by Jeremy Bishop (four stars).
Now, it is easy to say that these reviews don’t need to be taken terribly seriously, and reviewing Amazon Customer’s reviews could be a literary form in itself, but I did worry a bit that maybe potential buyers seeing a single one-star review might be discouraged. So, I did what every writer does – I put out a call to friends to add some reviews. Soon the star rating was satisfactorily high again.
Everyone knows these reviews – even the hysterically negative ones, which are just as often written by rivals – are nonsense and frequently staged; why do we care? We know that most online review sections – on Yelp and Amazon and Hotels, for whatever product – are infiltrated by shills, paid reviewers. We know that Amazon in particular is expending exorbitant legal fees to go after the sites that sell fake reviews for books and products. Recently, it sued more than 1,000 people for taking money from companies to write and post glowing product reviews on its site. These entrepreneurs were advertising their review-writing skills on the odd-jobs site Fiverr.
The writing of less-than-sincere reviews is not in itself illegal – charging money for it is, as it subverts the terms of service of Amazon. Writing reviews of one’s own restaurant or one’s own 6” Metal Brown Cast Iron Chipmunk Door Stop Wedge Stopper is unethical, and the review sites try to look out for it, but it is beyond the scope of the courts to prevent.
And there is nothing particularly new about false advertising: I’m sure there was more than one book published, in the predigital age, with a glowing blurb on its cover attributed to an unknown author and written by an intern.
The question is: With so very many amateur reviews of every book now circulating online – on booksellers’ sites, on Goodreads, everywhere – and so many of them suspect in one way or the other, are they at all valuable to anyone? Are there now too many reviews?
Interestingly, the star-ratings of restaurants on Yelp have proved to have an effect on those restaurants’ bottom line. But no clear correlation can be made with books. Glowing reviews do not in themselves sell books. And hundreds of gleefully devastating literary attacks on Fifty Shades of Grey made no dent in that novel’s stratospheric success.
Paradoxically, it is more and more difficult to secure a review of a serious novel in a traditional newspaper. In the current economic environment, newspapers just have less space for such things. And despite the excess of reviews in the world and their subsequent devaluing, authors are more desperate than ever to obtain such coverage Hence an amusing recent kerfuffle in France. The author Fabrice Guénier published, last spring, a novel called Ann. It is his second novel. It was published by the famous and respected house Gallimard. It was longlisted for an important award, the Médicis, then shortlisted for another, the Renaudot Prize (which is sort of an anti-Goncourt prize). Yet, it was not reviewed in one single mainstream paper in the country. (And by the way, the author lives with his mother and is on welfare, more evidence of the diminishing significance of the great publishing houses.)
So Guénier, without the permission of his editor, last month took out a classified ad in the Parisian weekly Libération. It cost him €100 or about $150. The ad read: “New novel from Gallimard, still in the running for the Renaudot, still without review or any media attention, seeks curious journalist. Contact Fabrice Guénier” – and it gave the author’s personal phone number.
The stunt, of course, attracted far more attention than any review would. Guénier is being interviewed, and now Ann is being widely discussed in light of its curious failure to be discussed.
But the question persists: Why did he care so much about the snobbish reviewers? We are now in the paradoxical situation of having too many reviews and not enough. These reviews count for different things. The papers count not so much financially, but emotionally: Praise from the Halifax Chronicle Herald or the Ottawa Citizen is not actually going to cause a giant spike in one’s sales, but these nods acknowledge respect; they instill the sense that one is being taken seriously. A star rating on some easily manipulable and largely idiotic public forum, on the other hand, may just be a visual powerful enough to make the lazy forefinger click the mouse on “Add to cart.”
ABOUT RUSSEL SMITH 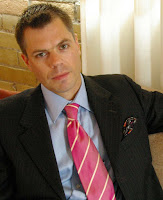 Russell Smith is one of Canada’s funniest and nastiest writers. His previous novels, including How Insensitive and Girl Crazy, are records of urban frenzy and exciting underworlds. He writes a provocative weekly column on the arts in the national Globe and Mail, and teaches in the MFA program at the University of Guelph. He hates folk music.

The Princess and the Whiskheads (2002)

Blindsided: How Twenty Years of Writing About Booze, Drugs and Sex Ended in the Blink of an Eye (2013)