The Widow - A Review

THE WIDOW by Fiona Barton 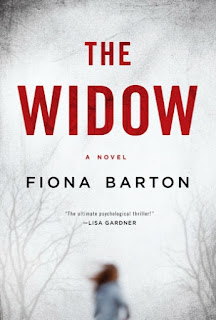 When Glen Taylor fell into the path of the bus that killed him his new widow, Jean, felt … relieved.  Yes, he was a controlling husband, but – he loved her.  Yes, he could be a bit of an SOB, but – he could be kind.  Yes, he had caused their life to be chaotic recently, but – she did love him.  Is relief the appropriate response to a husband’s death?  At least now she would be done with all his “nonsense”!

Glen swore in court and, more importantly, to Jean that he had nothing to do with the disappearance of little Bella.  She wanted to believe him but there was all the circumstantial evidence pointing to him.  The police certainly thought he was involved.  But he couldn’t be … could he?

This book is a crime/legal thriller that plays on those stories in the news that make people scratch their heads and wonder.  When the normal fellow next door gets arrested for some horrific crime is it really possible that his wife had no idea about what was going on?  Jean stood by her husband through his trial.  She stayed strong for him while the press harassed them.  She was the perfect wife.  However, “there are always secrets in a marriage”.

“The Widow” is a well-written and engaging debut novel for Ms. Barton.  The book is touted as a perfect read for fans of “The Girl on the Train” and “Gone Girl”.  I’m not sure those comparisons do this book justice.  I didn’t care for one and thoroughly enjoyed the other while “The Widow” left me feeling satisfied that I had read a very good crime novel.  The police are well represented by the character of Bob Sparks and the primary reporter on the case, Kate Waters, although not necessarily likeable was doggedly determined to break the story and was very well written.  No surprise there as Ms. Barton is, herself, a journalist.

Did I see the twist at the end coming?  Maybe a little sooner than I should have but that did not take anything away from the story.  There is time shifting in this novel, from the not too distant past to the present, but it was not difficult to follow and felt necessary to the story telling.  All in all a very good read and I would not hesitate to pick up another book by Ms. Barton.

I received a copy of the book at no charge from the publisher, Penguin Random House Canada, through a Goodreads First Reads giveaway with the hope that an honest review might be posted.

I posted about it already, but I really have to give another shout-out to the marketing department for their creativity.  It truly made my day when this book arrived. 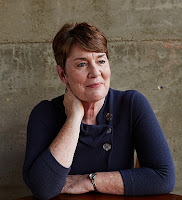 My career has taken some surprising twists and turns over the years. I have been a journalist - senior writer at the Daily Mail, news editor at the Daily Telegraph, and chief reporter at The Mail on Sunday, where I won Reporter of the Year at the National Press Awards, gave up my job to volunteer in Sri Lanka and since 2008, have trained and worked with exiled and threatened journalists all over the world.

But through it all, a story was cooking in my head.
The worm of this book infected me long ago when, as a national newspaper journalist covering notorious crimes and trials, I found myself wondering what the wives of those accused really knew – or allowed themselves to know.
It took the liberation of my career change to turn that fascination into a tale of a missing child, narrated by the wife of the man suspected of the crime, the detective leading the hunt, the journalist covering the case and the mother of the victim.
Much to my astonishment and delight, The Widow is available now in the UK, and around the world in the coming months.

However, the sudden silence of my characters feels like a reproach and I am currently working on a second book.

My husband and I are living the good life in south-west France, where I am writing in bed, early in the morning when the only distraction is our cockerel, Sparky, crowing.