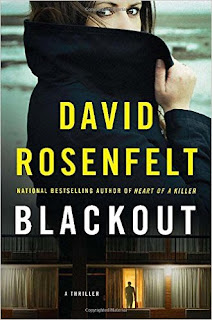 Crime boss Nicholas Bennett orchestrated the murder of someone very close to New Jersey State Police officer Doug Brock.  Ever since that day Doug has made it his personal vendetta to bring down Bennett, which led to Doug being suspended from the police force.  Despite his suspension Doug never gave up his investigation and on the brink of an important break in his case Doug is shot.  The wound is not fatal but it does cause Doug to fall of a second story balcony.  That fall left Doug with retrograde amnesia – no memory of anything that happened in his life for the last ten years.

The only clue to what Doug uncovered was a hurried telephone call to his ex-partner apparently asking for help from the force.  He can’t remember why anymore but Doug is non-the-less determined to continue his quest to bring down Bennett even though it virtually means retracing every step leading up to the point he was shot.

I’m torn in my review of this book.

I like Mr. Rosenfelt’s writing style.  It flows and is easy to read, punctuated by the sense of humour I have come to enjoy in the “Andy Carpenter” series.

He always gives me a good story that I enjoy; populated with characters that I like enough to care what happens to them.

Mr. Rosenfelt gives me a quick, fun read to wile away a couple of hours without being too emotionally invested.

This story had an interesting twist at the end.  I did see one coming, but not the one the author gave me.  It was a good surprise.

Mr. Rosenfelt usually has a dog featuring prominently in his books and this one has only one short mention of a character owning a dog.

It states right on the cover that the book is a thriller.  Okay, it is – but it’s definitely “thriller lite”.  It has some tense moments, some good investigating but nothing heart-stopping.  Not quite cozy, but not “edge of your seat” either.

Lately, it seems to me, that Mr. Rosenfelt has been on a little bit of a terrorist/save the world binge.  I’ve seen it in the last two Andy Carpenter books and again in this stand-alone novel.  I’ve had enough for a little while.

Mr. Rosenfelt usually has a dog featuring prominently in his books and this one has only one short mention of a character owning a dog.

It’s a decent read if you are in the mood for a light thriller by an easy to read author that makes his story fun.  Three stars. 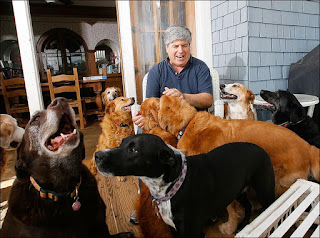