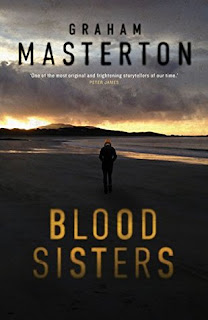 I always claim I cut my horror teeth with “that other author” but Graham Masterton and his Manitou were right there in the mix.  With that being said it does not surprise me that his crime novel had some of the more “creative” murders (is it even okay to say that?) I have come across in quite some time (maybe ever).

I’ve never read one of Graham Masterton’s crime novels before so it seems rather unusual to start with the 5th book in the Katie Maguire series but I enjoyed the book and had no problems following along with the characters so obviously this book works as a stand-alone.

The beginning of this book not only quickly caught my attention with the apparently purposeful running of horses over a cliff and onto the rocks below.  Definitely a trigger (animal cruelty) for me but it worked to make me want to find out who did this in the hopes that justice would be meted out … preferably in as nasty a manner as possible.

Next scene … an elderly and ill nun dies during the night, safe within the walls of her convent, one would think natural causes.  Upon closer examination the words “safe” and “natural” most certainly do not apply.   When another nun is discovered murdered a short time later Katie realizes she has a serial killer of nuns on her hands.

When an infant’s skull is discovered buried in the garden of the same convent it keeps Katie and her detectives busy.  Split between the three crimes Katie is run ragged.  Add to that the fact that her on again/off again relationship with her boyfriend in now on again and she finds herself in the unenviable position of having to tell him she is pregnant – with another man’s child, its no wonder she is quickly at her wit’s end.

Sound like this book has a lot going on?  It does, but somehow Mr. Masterton manages to pull it all together into a fast-paced, exciting and cringe-worthy book.  The three seemingly separate crime sprees were the crux of the story and I enjoyed the mystery and thrill of those.  The addition of Katie’s personal issues seemed a bit of overkill.  Granted, since I started with the most recent book of the series I have no investment as her as a character which may have clouded my opinion about the side story.  I have added the first book in the series to my TBR shelf, so maybe I’ll think differently after getting to know Katie Maguire from the beginning.

I may be a little inured considering horror and crime thrillers are my go to genres, but there are plenty of things in this book that could be unwelcome subject matter for some readers; animal cruelty, child abuse, grisly murders, questioning Catholicism.  I didn’t find any other those as difficult to navigate through as I did the Irish dialogue of the characters.  Thankfully, I got used to it fairly quickly so it didn’t stop me from turning the pages as quickly as I could manage to read them.  And Mr. Masterton offers a “Dictionary of Irish Slang” on his website in case readers get really bogged down.

I received this book at no charge from the publisher, Head of Zeus, via Netgalley
in exchange for an honest review. 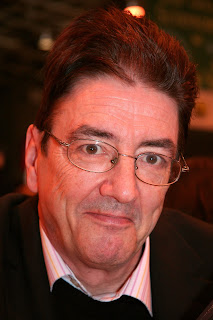 Graham Masterton was born in Edinburgh in 1946. His grandfather was Thomas Thorne Baker, the eminent scientist who invented DayGlo and was the first man to transmit news photographs by wireless.

Graham trained as a newspaper reporter, and went on to edit the new British men's magazine Mayfair, where he encouraged William Burroughs to develop a series of scientific and philosophical articles which eventually became Burroughs' novel The Wild Boys. At the age of 24, Graham was appointed executive editor of both Penthouse and Penthouse Forum magazines.

Soon afterwards, Graham Masterton began his career as an author with the publication of The Manitou in 1976. This terrifying horror novel became an instant bestseller and a famous movie starring Tony Curtis and Susan Strasberg.

After twenty-five years writing horror and thrillers, as well as several short stories, Graham Masterton turned his talent to crime writing. The first book in the Katie Maguire Series, White Bones, was published by Head of Zeus in 2012. The books were inspired by Graham's five-year stay in County Cork. He now lives in Surrey, England, where he is a full-time writer.
Posted by Unknown at 2/16/2016