Vintage Phantom of the Opera 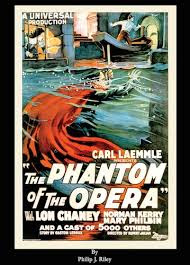 THE PHANTOM OF THE OPERA
by Philip J. Riley

* I received this as a free ebook from Netgalley in exchange for an honest review. *

The popularity of the stage production of “The Phantom of the Opera” has definitely introduced the classic story to many people who may otherwise not have bothered with Gaston Leroux and his “little book”.  I know I would not have picked it up years ago had I not gone to a production of “The Phantom” at the theater.  Probably even lesser known is the 1925 film version starring Lon Chaney.

This book is the history of that film and it does not miss a step.  If you are left with a question after reading through this I cannot imagine what it might be.

This book gives the reader detailed notes on the reconstruction of the film, a preface by Ray Bradbury, a forward by Mary Philbin (who played the part of Christine Daae) and an introduction by Ron Chaney (Lon Chaney’s great-grandson).  Then Mr. Philips goes on with a written description of how the film came into production including some of the trial and tribulations of bringing it to the screen in the 1920’s – before CGI and today’s special effects masters.  This section of the book contains photographs and sketches as well as tidbits about the behind the scenes production of silent movies in general.  For instance, did you know that

There is even a reproduced page including the signatures (autographs?) of all the principals involved in the film.

There are so many gems in this book that if I continued on in this vein this review would be as long as the book itself.  Suffice it to say that it also contains:

-         Step by step pictures of the construction of the elaborate film set
-         Secrets behind Mr. Chaney’s make-up complete with transformation photos
-         The shooting script complete with annotations
-         Stills from the film
-         A complete publicity section with reviews, newspaper articles and promotional materials and,
-         A “Liberty” article about Mr. Chaney (A Portrait of the Man Behind a Thousand Faces) written by Adela Martin St. Johns

Although I do not suggest it – even if you were to skim over every typed word in this book it would be worth picking it up just to flip through pages and enjoy the marvelous vintage pictures and artwork.

This book will definitely be on the gift list for two people in my life.  My BFF who covets all things “Phantom” and my daughter who, by hobby as well as profession, is enamored of all things “film”.  Of course I received the ebook version and have seen it listed as a paperback on Amazon.com.  I think it would be a brilliant “coffee table” book.

I did not realize when I requested this book that it is part of a series Mr. Riley has done on vintage films produced by Universal Studios.  Now I want to take a peek at some of the others ... particularly "Dracula".

ABOUT THE AUTHOR (from an Examiner article) 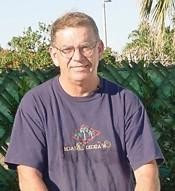 His may not be a household name, but he has done more than most to preserve and promote classic horror films – especially their screenplays, production histories, and unrealized projects.

Riley is an archeologist of the dark corners of genre cinema. For more than 25 years, he has authored and edited a series of books which have reprinted the screenplays of classic films like Dracula, Frankenstein, The Wolfman, and The Phantom of the Opera. Riley has some 20 plus books to his credit from various publishers including the Vestal Press, Magicimage Filmbooks, and most recently BearManor Media.

Contributors to these illustrated titles include silent film stars Patsy Ruth Miller and Mary Philbin, grandson Ron Chaney, and contemporary writers like Ray Bradbury and Robert Bloch. These resource-rich books are reclamation projects – and essential reading for anyone interested in early horror films.

Riley also has similar series devoted to classic science fiction, classic comedy, film monsters, as well as screenplays for never realized films, a kind-of what if series. He has also written numerous magazine articles and contributed to 12 other film related books by various authors. Riley has received the Count Dracula Society Award and was inducted into Universal’s Horror Hall of Fame.

In a recent interview on the Psychobabble blog, Riley explained how he got started. “During my research for the Universal Filmscript Series by MagicImage Filmbooks, I had the chance to meet all the great actors, producers, musicians, and crew members that were still alive at the time. I was one of the few authors to be permitted access to the Universal Vaults. I’d been trying to get into Universal for 10 years, but they wouldn’t even admit that they had a vault! Then one day I was having lunch at Universal with Patsy Ruth Miller (star of the 1923The Hunchback of Notre Dame) and Leonard Maltin, when Patsy’s brother grabbed my arm and said he wanted me to meet someone. Well, that someone happened to be (Universal Studios owner) Lew Wasserman, himself, who said in a loud voice so all the lawyers could hear, ‘I like your work, kid. Give this kid anything he wants for his books’.”

Before he “got into” classic horror films, Riley was a professional musician and session artist who played on eight Grammy Award winning albums for the likes of The Isley Brothers, Jimi Hendrix, Jefferson Airplane, Jeff Beck, Moby Grape, Stevie Wonder and others. While still a working musician, Riley encountered Forrest J. Ackerman - the legendary editor of Famous Monsters of Filmland. Ackerman encouraged Riley to pursue his interest in writing about early genre films.