Body of a killer, mind of a child, heart of a hero... When a troubled scientist – trying to save a young boy, and maybe himself – steals the dying child of a simple Amish couple and transplants the brain and cardiovascular system of their 11-year-old autistic son into an incredibly lethal DARPA robot, the dark forces of government come looking for their investment.Dr. Alexander and the monster escape into an Amish community to hide among the plain folk while Frank, the boy trapped inside the body of the world’s deadliest robot, learns how to leave the world of autism and understand what it means to be human and Amish.
Tensions arise as the Amish begin to suspect just what kind of technological monstrosity is hiding among them, and before long hard men who do the government’s most dirty deeds will arrive looking for a killing machine… only to find a boy named Frank who has the power to defend a closed society from the worst of the world.

“I just finished beta reading Michael Bunker's new heartbreakingly awesome novel and I have this to say: Hugo Material.” ~ Nick Cole, bestselling author of Old Man and the Wasteland and Soda Pop Soldier.

“Brother, Frankenstein finally cements Michael Bunker’s position as one of the most interesting and dynamic sci-fi writers emerging from today’s vibrant indie scene. It’s a tense, exciting, often violent actioner that like its protagonist, benefits greatly from a still-beating heart underneath all the technological bells and whistles.” ~ Eamon Ambrose, Eamo the Geek Reviews

"Brother, Frankenstein is Michael Bunker's finest work yet. A novel for both the heart and the brain. The best book I've read this year." ~ David Gatewood, Editor of Synchronic and Tales of Tinfoil

“…white-knuckle reading throughout…” ~ Hank Garner, Host of Author Stories Podcast
“…The tension between technology and agrarian simplicity runs like a bright thread through the work-- those characters on the technology side are affected by the interaction with their (presumed) opposites, and those on the Amish side are changed and tested as well.” ~ Richard Gleaves, author of the bestselling Jason Crane series.

“…an intriguing and suspenseful novel. I instantly rooted for Frank…” ~ Annelie Wendeberg, bestselling author of the Anna Kronberg thrillers.

“I loved how this fantastic story of escape and rediscovery made me ponder over the awful consequences when men step into the part of the ‘creator’.” ~ E.E. Giorgi, author of CHIMERAS 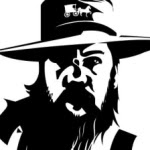 Michael Bunker is a USA Today bestselling author, off-gridder, husband, and father of four children. He lives with his family in a "plain" community in Central Texas, where he reads and writes books...and occasionally tilts at windmills. He is the author of several popular and acclaimed works of dystopian sci-fi, including the WICKseries, The Silo Archipelago, and the Amish/Sci-Fi thriller Pennsylvania; two books humor/satire including Hugh Howey Must Die! and LEGENDARIUM; as well as many nonfiction works, including the bestseller Surviving Off Off-Grid.