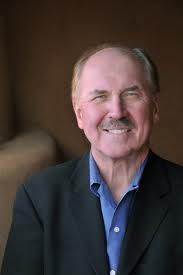 Author David Morrell is Rambo’s “dad”.  Despite the fact that he now resides in the USA, in my neck of the woods he still falls into the category of  “local boy makes good”.  Mr. Morrell has many literary achievements to his credit, but I assume his biggest claim to fame is that he penned “First Blood”.  With Sylvester Stallone and the movie franchise, the rest as they say, is history.

One of our local universities recently celebrated the 50th anniversary of the Literary Department, the same faculty from which Mr. Morrell graduated.  He was invited back as key note speaker and I was fortunate enough to be able to attend his event.  Aside from learning about the interesting roads his life has taken and how he developed his craft, he also shared some interesting tidbits about his personal adventures with character development and plot outlines.  There was a very amusing story about how John Rambo got his name … but that is Mr. Morrell’s story to tell, so I won’t go into detail here.

As often occurs at such functions, a Q&A period followed the address and some very interesting questions were put forth.  Mr. Morrell writes novels that would, most commonly, be categorized in the “thriller” genre.  Many of the questions, in varied forms, had the same basic query … where do the ideas originate that transform into the seemingly over-the-top scenarios that are the backbone of chilling thrillers.  The event was quite some time ago so I cannot offer a verbatim quote, but after much discussion it pretty much narrowed down to the following:  in this day and age one does not need to have an overly vivid imagination to come up with doomsday scenarios.  One just needs to keep up with current science and the news in every day’s paper.

* Personal note:  that’s just one more reason for me to forgo the paper in my morning routine (see Newspapers and Cheesecake on this blog) 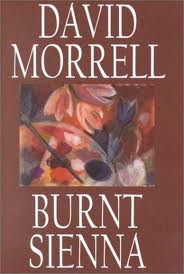 At the time it seemed like a bit of a scary thought.  I did not think too much more about it as the evening’s topics changed and we moved onto the reception and book signing afterwards.  Yes it was “a bit of a scary thought” until I recently read Mr. Morrell’s novel, Burnt Sienna.  Now it’s a BIG SCARY THOUGHT.

This blog post will not ruin the story if anyone is interested in reading the book so no spoiler alerts necessary.

Again, without going into specifics the premise is as follows:
·        People have stopped being immunized against a certain infectious disease because it has been eradicated in this lifetime (i.e. smallpox)
·        Scientists take said virus out of their petrie-dish data bank and “tweak” it
·        Unleash the new super-bug on an unknowing, non-immunized population base for controlled germ warfare
·        Problem:  theoretically not so controlled; with rapid global travel these days it would quickly become a worldwide pandemic
·        Solution:  make a pre-virus which interacts with the original virus to trigger the infection
·        Problem:  same as original thought, people will carry the pre-virus with them in their travel and pass it along as well
·        Solution:  the pre-virus has a active life of 20-30 minutes so it will be ineffective by the time any carriers get out of the target area 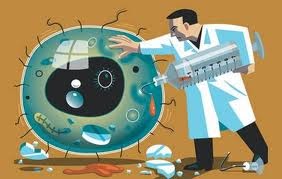 Optimized result:  The perfect biological weapon for maximum effectiveness and virtually no damage to flora, fauna and property and no fear of infection for invading perpetrators.

Is it just me? … or is that some seriously scary shit?

Wherever this idea originated I am sure that Mr. Morrell’s imagination took some (I am hoping a lot!) of literary and creative license with the concept.  It does, however, make me think back to that evening’s discussion about where some story concepts originate. 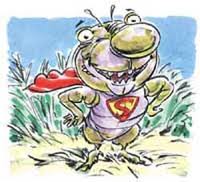 Oh well, I’m not all that worried.  Doomsday terrorists and mad scientists are much too busy and self involved to be reading popular fiction.  Right?