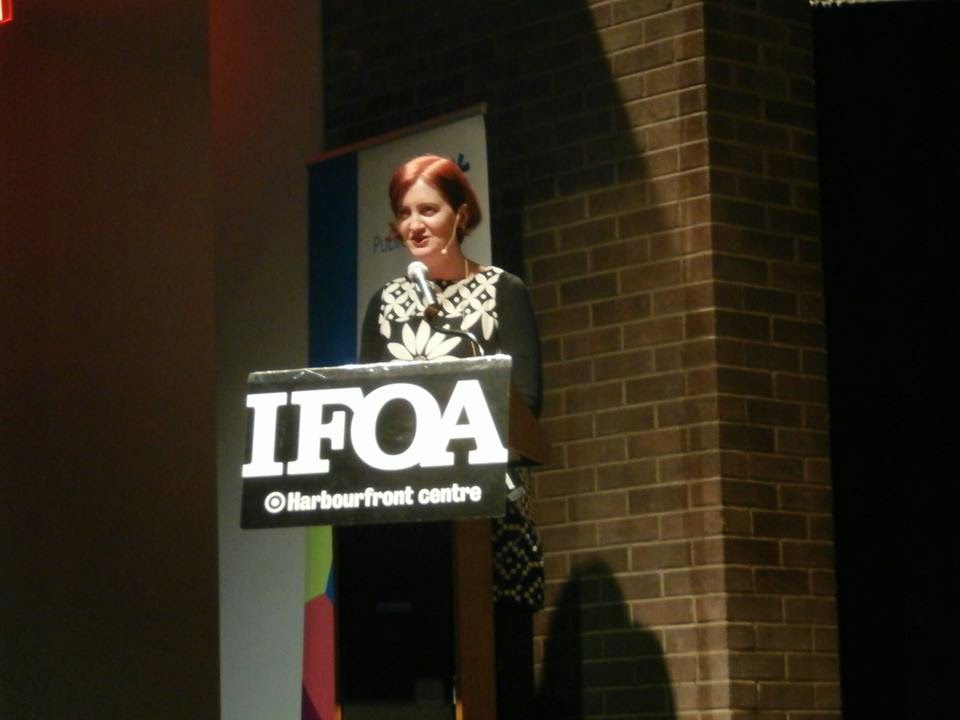 My local library hosted Emma Donoghue in October of last year.  Her book The Room was amazing and left a lasting impression long after I closed the back cover.  Of course not long after reading the book the whole Cleveland kidnapping story broke and again it just proves that  fiction and current events are not so removed from one another.  With her newest book, Frog Music, she came across an obscure story about a young and rebellious woman in San Francisco. Not much was known about her except that she had been arrested several times for "dressing in trousers" and that she was murdered.  Ms. Donoghue took the bits and pieces and ran with them.  The result was a book that made you feel as if you were walking along the sidewalks with the characters.

I know Ms. Donoghue lives in Ontario now but I guess I didn't do my research well enough and was quite surprised when she spoke with a beautiful Irish lilt to her speech.

I haven't yet gotten around to her other books, but they are definitely on my TBR list. 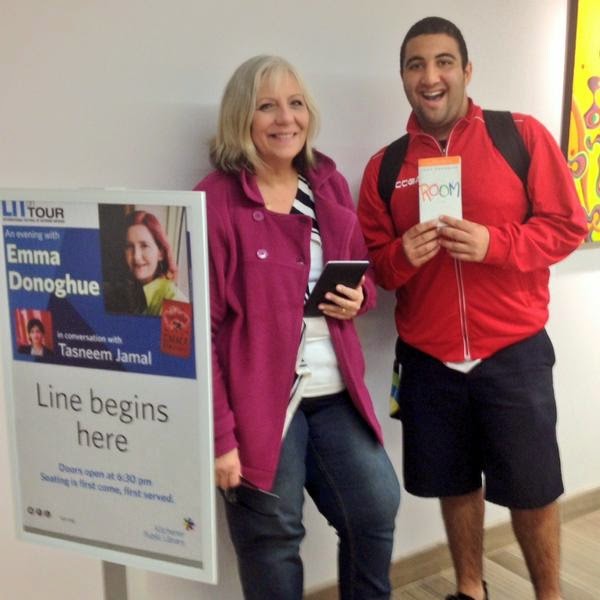 I arrived a little early at the event because I decided to bypass going home first after work.  The problem with being one of the first people in line is someone from the library snaps your pic and you end up on Twitter.  I enjoyed spending the time in line chatting to a nice young man who was doing a report on Ms. Donoghue's The Room for his high school English mid-term. 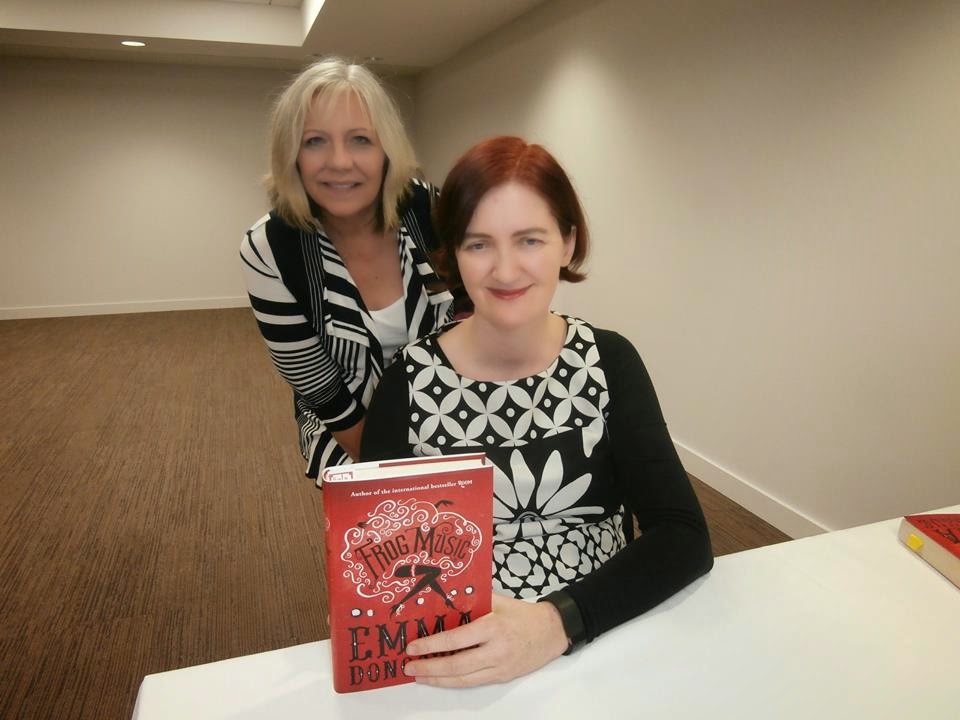