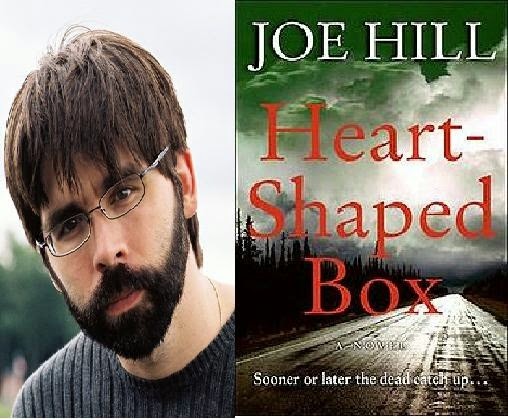 I'm always on the lookout for a well written, REALLY scary ghost story.  I've read many that fit the bill and many that were good stories but, for my taste, just weren't in the category of "REALLY scary ghost story". For the past several years the one holding onto to its #1 place on my virtual list has been Joe Hill's "Heart Shaped Box".  I loved it because it was current ... I mean, come on it's great ... the aging rock star with both too much time and too much money on his hands buys a ghost on eBay.  The ghost was scary ... an old suit wth a ghost attached to it ... I could almost smell the old man/corpse mustiness while I was reading the book. Currently I'm only halfway through Andrew Pyper's "The Damned" but I am already certain that if not bumping Mr. Hill's book off its top perch, unless it goes south very badly in the second half, it will be sharing the spot.

Mr. Pyper was featured at an Author Event co-hosted by the Waterloo Public Library and Wordsworth Books Waterloo yesterday evening and I was fortunate enough to be able to attend. 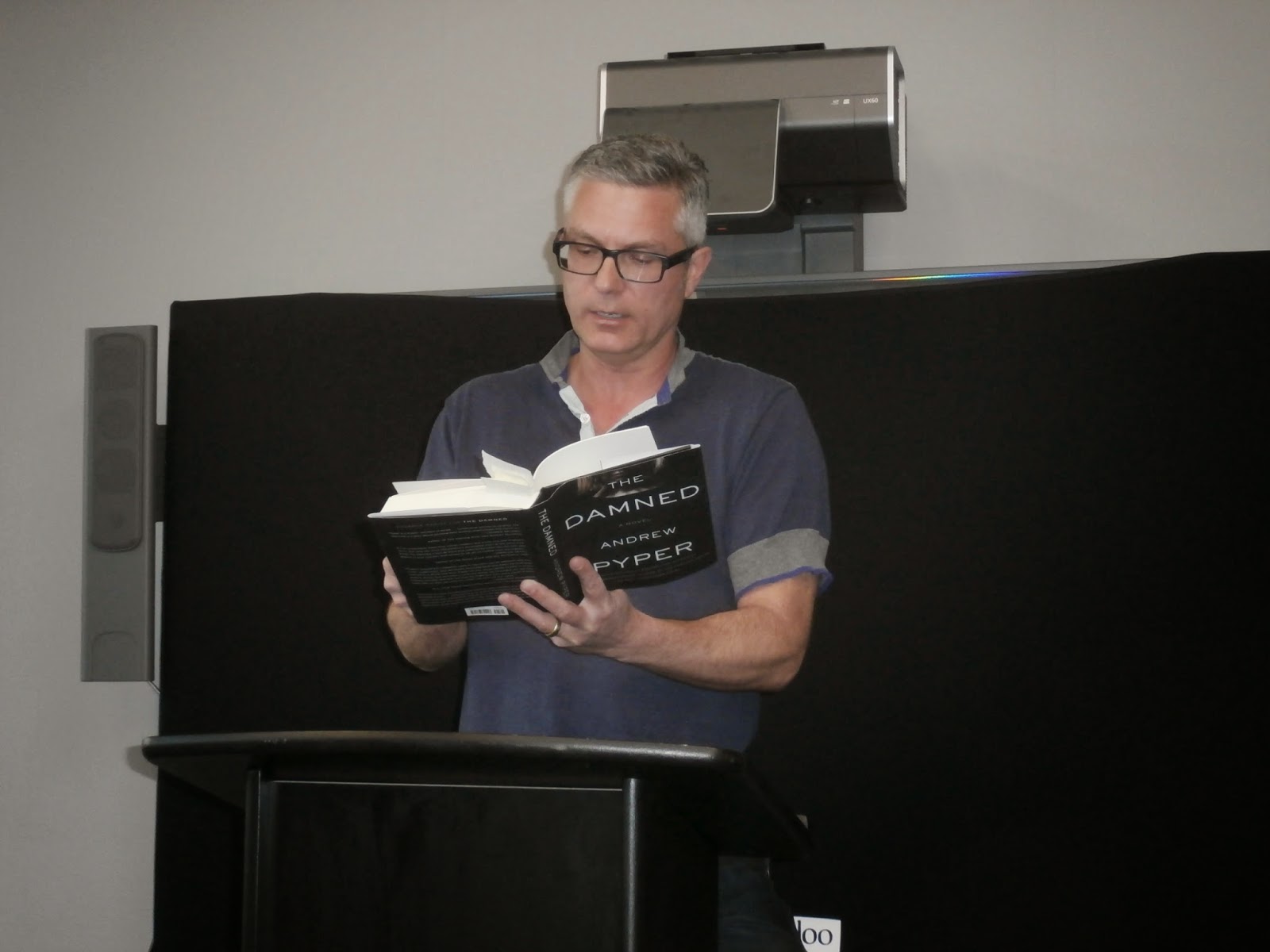 Mr. Pyper read excerpts from his book.  Eerily, the final excerpt he read ended in the exact spot where I last rested my bookmark.  That's pretty spooky, but at least there were no spoilers for me!  I've attended many author events over the years and have found that some authors are very good "readers" and others ... well ... not so much.  I'm always surprised when a writer is not a good "out loud reader", especially when they are reading their own words.  I guess I've become spoiled by the amazing talent that I constantly enjoy while I listen to audio books on my drive to and from work.

Mr. Pyper IS a good reader.

Mr. Pyper also has a wicked sense of humor!

After explaining how the idea for the book germinated and some "why's and what-nots" about the story he opened the floor for a Q&A.  Not only was he willing to discuss his book but was also open to questions about the writing and publishing process.  There were quite a few aspiring authors in the audience so this made for an informative and interesting discussion.  Mr. Pyper generously signed books and allowed for photo-ops at the end of the evening. 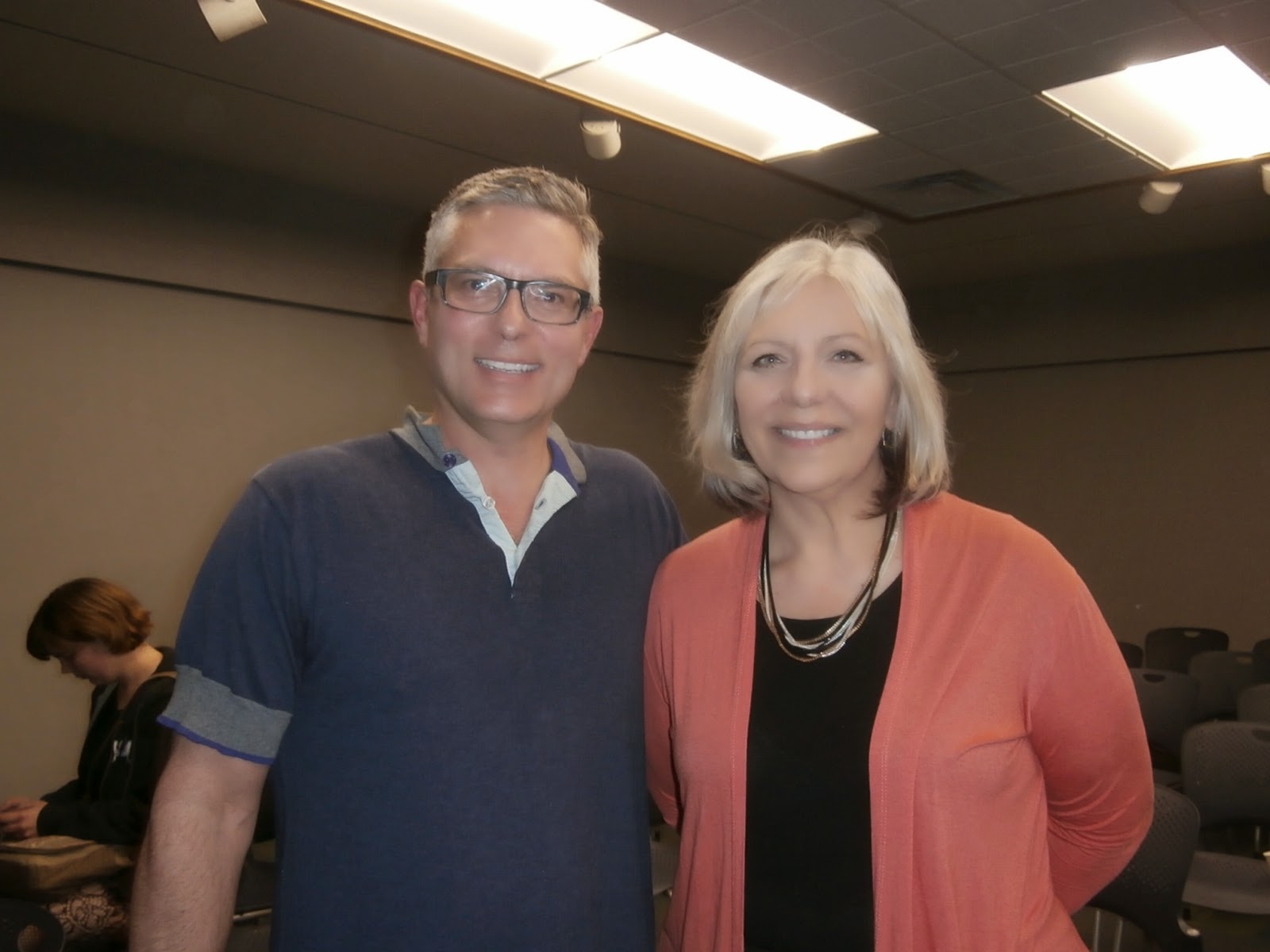 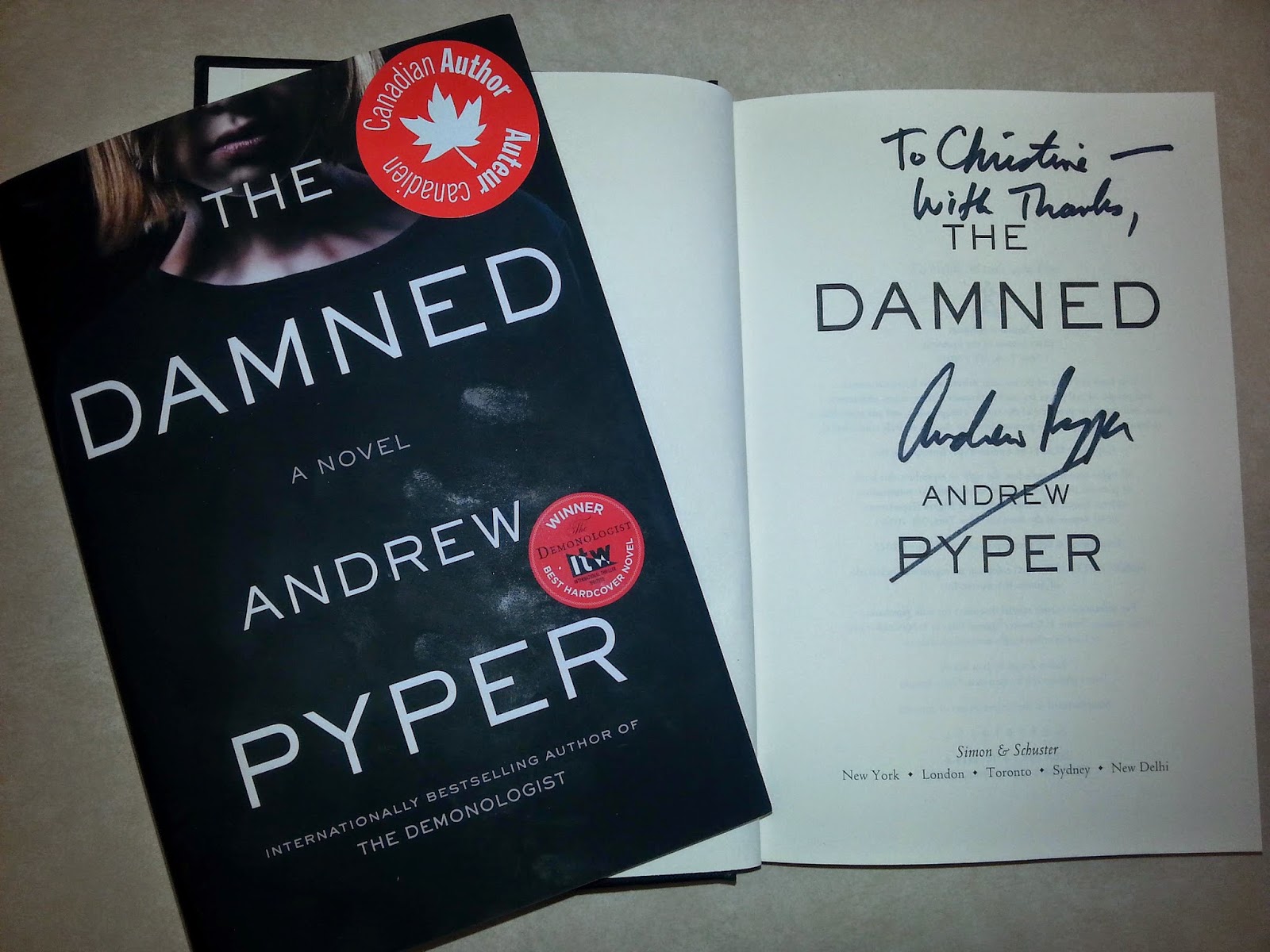 
Twins, Ashleigh and Danny Orchard were born dead.  Their mother, not willing to accept the news, held her twins and prayed fervently.  Unfortunately the wrong deity heard her pleas and when the twins miraculously begin breathing mom knew right away something was not quite right about Ashleigh.  On their 16th birthday Ashleigh and Danny died again, this time – Ashleigh stayed dead (sort of) and Danny went on to write a book about his after-life experience, which was rather pleasant, all things considered.

Danny explains, “When you’re dead, you know that’s what you are.  You always hear about the other ones, the souls who need help “crossing over”, the confused loved ones in those paranormal TV shows who ghost around at the foot of the bed, needing to be told it’s time to go.  But in my experience there’s no mistaking it with being alive, because where I went after the fire was something better than being alive.  Heaven, you’d have to call it.  A slightly altered replay of the happiest day of my life.”

His book produced a following of “Afterlifers” but it wasn’t until Danny met Violet Grieg that he understood not everyone shared his pleasant “after life” experience and sometimes, when you come back you do not come back alone.  That’s how Ash ended up on the couch beside him watching television and, that’s why he couldn’t lead a normal life.  When Danny finally meets Willa, the love of his life, and her son Eddie, who immediately takes a special spot in Danny’s heart, he’s worried.  He knows that Ash is jealous of his being alive and now she might do anything to ruin (end?) his life.

There have been a plethora of “non-fiction” books written about near-death experiences.  I recall hearing somewhere, although I am not sure I agree, that as humans we are the only animals aware of our eventual departure from life so of course people are curious about what happens “after”.  I speculate that as long as there have been human beings capable of thinking there have also been tales of ghosts and hauntings.  In “The Damned” Mr. Pyper brings the two together in a very frightening way.

I love a good scary book and this one had several chill-worthy scenes.  I was speaking to my daughter about “The Damned” (she also loves scary books for which I will not take the credit – blame, I mean blame) when I was about 2/3 of the way through this book and mentioned to her (as I wrote earlier in this post) that “unless it goes south in the last part this could be one of the best ghost stories I’ve read”.  Well, unfortunately, it did.  I hate making negative comments about authors I enjoy but in this case the last ¼ of the book just went a little to far into “fantasy” realm for my taste.

Is it a good, scary read?  Absolutely.

Would I recommend it?  Yes – with the suggestion that you also pick up Mr. Pyper’s “Lost Girls” and/or “The Guardians” for more, and different, examples of what an excellent writer he truly is.
Posted by Unknown at 4/29/2015