Somebody I Used To Know - A Review

SOMEBODY I USED TO KNOW by David Bell

You never forget your first love... 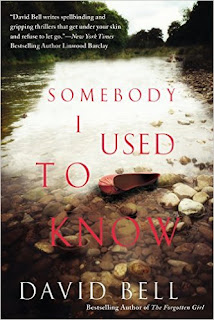 It seems that every other person walking down the street resembles them in some way.  So when Nick sees a young woman in the grocery store that looks so much like his college girlfriend, its no surprise that for a split second he thinks it might actually be Marissa.  Except Marissa died tragically in a fire more than two decades previously.

He cannot get over the truly uncanny resemblance and feels the need to go over and speak to this mysterious young woman, only to have her act frightened and run away.  Strange!  But not as strange as having the police show up at his door the next morning asking about the encounter.  Nick is puzzled when they inform him that the young woman was murdered during the night and she had his name and telephone number tucked into her pocket.

Obviously Nick is a person of interest in this young woman’s death and although the police want to find her killer they do not seem overly interested in taking Nick off the list of prime suspects.  Nick, himself, cannot let the mystery go and starts his own investigation.  Taking the reader along with him on a journey of twists and turns, conspiracies and theories he finally makes a shocking discovery.

This very well written book takes the reader on a merry chase through the pages.  We never really know what’s around the next corner until the characters make the discovery.  And as for the who-dun-it?  Kept me in the dark until the end and then it came as somewhat of a shock – and that’s always fun.  I enjoyed Nick because he wasn’t a typical over the top male lead character.  He had his flaws – admitted to some, couldn’t admit to others, and he made mistakes along the way.  It made him real so I didn’t mind following him through the pages to solve this mystery.  Mr. Bell’s writing and portrayal of the characters made it feel as if I was muddling through the mystery right along with them, sometimes in the thick of the action and sometimes on the sidelines shouting at Nick not to be so reckless.  No blazing guns, excessive shock, or blood and guts – just an interesting mystery to solve and some good page turning suspense.

A good book I would not hesitate to recommend to readers who enjoy a good who-dun-it. 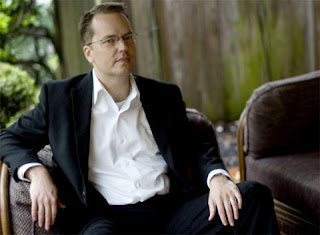 David Bell was born in Cincinnati, Ohio. More specifically, he was born and raised on the west side of Cincinnati, which matters—a lot—to people from Cincinnati.

David attended St. Catharine of Siena grade school and spent countless hours at the Westwood Public Library developing his love of reading. As a child, one of his favorite books was KING ARTHUR AND HIS KNIGHTS by Mabel Louise Robinson. David read this book over and over and was disappointed when he grew up and found out the stories in the book weren’t true.

After completing his Ph.D., David returned to teach at Miami University as a visiting professor of creative writing for one year before accepting a tenure-track job at St. Andrews Presbyterian College in Laurinburg, North Carolina. After two years in the Tar Heel state, David moved to Bowling Green, Kentucky where he accepted a tenure-track job at Western Kentucky University. While at WKU, David sold his novel CEMETERY GIRL to NAL/Penguin. When he is not teaching or writing, David watches lots and lots of movies and reads lots and lots of books. He also enjoys walking in the cemetery near his house with his wife, writer and blogger Molly McCaffrey.
Posted by Unknown at 9/26/2015