Graffiti Murals. Art or Not? 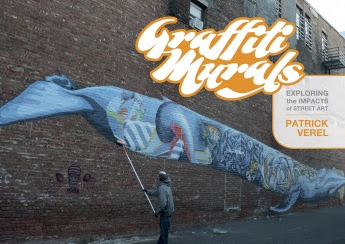 Murals have been around since humans figured out they have opposable thumbs that enable them to pick up a rock and scratch on a cave wall.  Graffiti was a natural by-product when man developed the written word.  The combination of the two has led to a modern art phenomenon led by the likes of “Banksy” and any number of individuals armed with a spray can of paint and an idea.  Some have talent and, unfortunately, some do not.

The word “graffiti” has negative connotations for most people – gang insignia, profanity or “I heart …” images come to mind.  Studying the graffiti and its impact in six studies conducted in three metropolitan areas Mr. Verel has come up with a thesis about whether this is indeed “art”.  Some metropolitan areas embrace this art form as cultural and beautifying while others see it as defacement of private property.  Property owners were interviewed (for the reader, the list of questions is included) to gain their perspective on graffiti murals being done on their property.  Some considered it “nice” and others not.  In reading this book it was quite obvious where Mr. Verel stood on the issue.

By far, my favorite parts of this book were the photographs of the graffiti murals themselves.  Some were, beyond any doubt, stunning works of art.  Others were amateurish, but a long stride better than gang insignia and profanity.

Should cities allow certain areas to be “graffiti-ized”?  After seeing some of the photographs in this book I would not object to it being done in a controlled manner.  But even if it is allowed, sadly it will not do away with the random acts of defacement done under the cover of darkness, as that too has been around since the dawn of man.

This book is certainly worth a look just for the art portrayed in the included photographs. 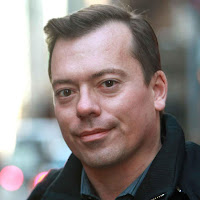 Patrick Verel was born in New York City and grew up in Norwalk, Connecticut. He graduated from Fairfield Preparatory School in 1992 and earned a B.S. in journalism from St. John’s University in Queens, New York, in 1997. He wrote for the Stamford Advocate and the Augusta Chronicle newspapers, freelanced for publications such as The New York Times and amNewYork, and most recently, joined the news and media relations team at Fordham University. In 2009, he enrolled in Fordham’s urban studies masters program, where he completed a thesis that was the basis for this book.

He lives in Brooklyn with his wife Kelly and daughter Eliza. This book combines a few of his favorite things: taking pictures of street art, telling people’s stories, and exploring obscure corners of New York City.
Posted by Unknown at 9/05/2015