The Dressmaker - A Review

THE DRESSMAKER by Kate Alcott 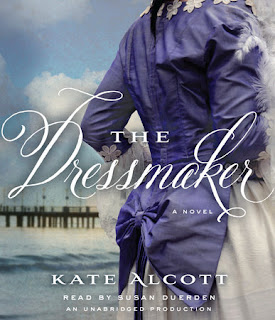 Tess Collins always knew she was destined for better things than being a house girl for some aristocratic family in France, so she scrimped and saved and without telling anyone paid for passage aboard a ship bound for the New York.  She knew she was right about her destiny when she not only caught the eye of two gentlemen on board, one a sailor the other a wealthy Chicago businessman, but also of Lady Lucille Duff Gordon, the foremost female dress designer of the time.  Just as things were looking up for Kate – a little quicker than she had an even dared hope – disaster struck.  As it turns out Kate’s passage was on the Titanic.

Tess is one of the fortunate few third class passengers that made it onto a lifeboat and she realizes that happened only because Lady Duff Gordon had allowed her to stay in first class as her personal assistant.  Of course, Tess feels indebted to the designer and being an aspiring seamstress herself welcomes the opportunity to work with Lady Duff Gordon in New York.

Lucille is not an easy person to like under the best circumstances, but when allegations are being made public about her behavior in her Titanic lifeboat Tess begins to question the woman’s morals.  Add to that being courted by both the men from the ship Tess’s life in New York is spinning a little out of control.

The reader knows from the first that Tess’s ship is the ill-fated Titanic so that itself lends itself to the anticipation of a good story.  The reader also knows that this is a historical romance so a little relationship angst is also expected.  Ms. Alcott gives us those and so much more in “The Dressmaker”.  The inclusion of some of the ugly Titanic survivor stories, Senator Smith’s inquisition questioning the lifeboat situation, the fallout from that and the inclusion of characters taken from the pages of history, such as reporter Pinky Wade, based (I believe) loosely on real life investigative reporter Nelly Bly.

As so often happens when I read historical fiction I let go of the fictional part and start to focus on the backstory.  Soon enough I was not as caught up in Tess’s romantic problems and more fascinated by the intrigue surrounding the upper-class Titanic survivors.  Ms. Alcott certainly did her homework as far as the historical accuracy was concerned.  In my opinion that made “The Dressmaker a better than average read.

Four stars for this one.

Interestingly enough, as I listened to the last disc of this audio book (shout out to narrator Susan Duerden) a segment was announced on my local news about Lady Lucille Duff Gordon.  I had no idea there was local connection to this historical figure.  Apparently Lucy Christiana Sutherland was born in London, England and raised in Guelph, Ontario, Canada.  Guelph’s local civic museum is hosting an exhibition featuring Lady Duff Gordon; her life and contributions as a fashion trend setting designer and her misadventures on the Titanic.  I am definitely going to check that out. 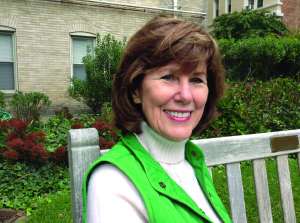 Kate Alcott is the pseudonym for journalist Patricia O’Brien, who has written several books, both fiction and nonfiction. As Kate Alcott, she is the author of The Dressmaker, The Daring Ladies of Lowell, and A Touch of Stardust. She lives in Washington, D.C.