The Other Einstein - A Review

THE OTHER EINSTEIN by Marie Benedict 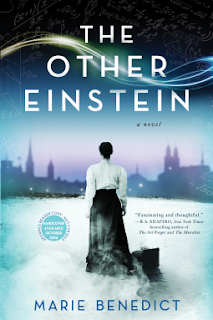 Mitza Maric was an anomaly in her hometown.  She was a young woman with a handicap that made her “not marriage material” in everyone’s eyes and she was intelligent, which in her time period also seemed to be a strike against her.  She was, however, fortunate enough to have a father who not only adored her but nurtured and applauded her intelligence.  So, when other young girls her age were marrying and starting families Mitza was moving to Zurich to attend the University to study physics.

While it took her a long time to fit in with most of her fellow (all male) students she did find kindred spirits in the other girls residing at her boarding house, other females also pursuing an education.  Her professor continued to single her out and often ridicule her but the other students begin to understand her intelligence and reluctantly accept her … particularly one young man name Albert Einstein.

Friendship soon turned to more and after many obstacles to their relationship they married.  With two such brilliant minds the physics theories couldn’t help but flow freely.  But were the ideas all Albert’s or did Mitza have a significant contribution to his brilliance?  That is the question Ms. Benedict poses in this work of historical fiction.

As is expected much is known about Albert Einsten, but Mitza seems to have been ignored by history books in favor of her husband and his second wife.  Ms. Benedict writes a very believable and entertaining story based on the supposition that Mitza not only contributed to Albert’s genius but also may have come up with some of the theories always accredited to him.  She also gives plausible explanations as to how this may have come about.  All these things combined made for a very interesting read.

Historical fiction is by its very description supposition involving dialogue that no one could have recorded and private moments that can only be guessed at.  Ms. Benedict seamlessly blends these fiction aspects into the time period and what is known about Einstein.  While reading “The Other Einstein” I never once shook my head with the thought “no way!”  In fact, often the opposite was true and I found myself getting angry at the circumstance Mitza endured.  Much in the same way one cannot imagine one’s parents as young lovers, where I had to suspend disbelief, the most was with the descriptions of the wild haired genius as a young man passionately pursuing the woman he loved.  Of course, given his history with women Ms. Benedict did an admirable job of that side of Einstein as well.

Science was a major part of their early relationship and commonality, but Ms Benedict approached that aspect in a very readable manner.  Sometimes the theories were out of my grasp but that in no way bogged down the story instead only served to emphasize just how brilliant Mitza was.

Good historical fiction read. I would certainly not hesitate to seek out another of her books.

“I received this book at no charge from the publisher, Sourcebooks Landmark, via Netgalley in the hope of receiving an honest review.”

ABOUT THE AUTHOR (from www.authormariebenedict.com) 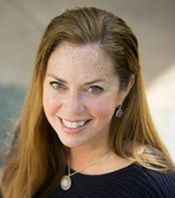 While practicing as a lawyer, Marie dreamed of a fantastical job unearthing the hidden historical stories of women -- and finally found it when she tried her hand at writing. She embarked on a new, narratively connected series of historical novels with THE OTHER EINSTEIN, which tells the tale of Albert Einstein's first wife, a physicist herself, and the role she might have played in his theories. Writing as Heather Terrell, Marie also published the historical novels The Chrysalis, The Map Thief, and Brigid of Kildare.