The Obsidian CHamber - A Review 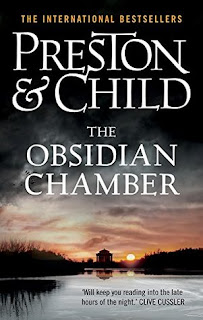 This installment in the Pendergast series starts off at almost the exact point the last book (Crimson Shore) ended.  Pendergast is still missing and presumed dead, Constance goes into self-imposed exile in the chambers beneath the mansion and Proctor is standing guard.  Standing guard until it seems as if Constance is kidnapped.  A wild, cat and mouse chase starts the action moving in a non-stop, breath-stopping manner.  When we discover that the chase is in fact a wild goose chase we return to the manor to find strange things afoot.

It’s no secret that A.X.L.’s brother Diogenes has returned from the (presumed) dead, this has been clearly hinted at in the last two books; the Obsidian Chamber confirms his return.  To all outward appearance he comes back as a changed man.  Is it too good to be true?

Reports of Agent Pendergast’s demise are also found to be premature as he fights for his life after being fished aboard a boat manned by drug runners who know the bargaining power of having in F.B.I. agent in their grasp.

Individually those three plot lines make up approximately half this book.  Each plot line is suspenseful and interesting, so much so, that it kept me avidly reading to find out what happens.  Unfortunately when the plot lines converge the story seems to lose some its momentum.  I usually enjoy the novels that feature Constance at the center of the action and in the last two books it seemed that Constance had finally come in to her own.  Obsidian Chamber seems to set her back a few steps and she becomes a strange hybrid of shrinking violet and ninja warrior.  I still believe that Pendergast is one of the more original “agents” in thriller books and I enjoy his quirkiness and resourcefulness – almost a cross between prim and proper Mary Poppins with her magic bag and McGyver with all the tricks up his sleeve.  In this book I almost feel the book would have progressed better if he had just shown up and the end … everyone relieved that he was alive.

Constance’s decision at the end of the book almost seems a step backwards and I fear the books will become a bit of a “rehash” with names changed to disguise repetitiveness.  I hope not because I enjoy the series but the word “stale” popped into my mind on more than one occasion while reading this one.

Overall it’s not a bad read but holds nothing in comparison to the early books in the series.

I received this book at no charge from the publisher, Grand Central Publishing via Netgalley in the hopes of an honest review.

ABOUT THE AUTHORS (from www.prestonchild.com) 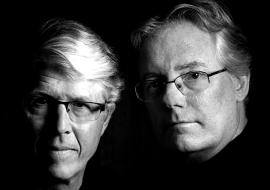 Douglas Preston was born in Cambridge, Massachusetts, in 1956, and grew up in the deadly boring suburb of Wellesley. Following a distinguished matriculation at a private nursery school-he was almost immediately expelled-he attended public schools and the Cambridge School of Weston. Notable events in his early life included the loss of a fingertip at the age of three to a bicycle; the loss of his two front teeth to his brother Richard's fist; and various broken bones, also incurred in dust-ups with Richard. (Richard went on to write The Hot Zone and The Cobra Event, which tells you all you need to know about what it was like to grow up with him as a brother.)

He is a Fellow of the Royal Geographical Society. In 2011, Pomona College conferred on Preston the degree of Doctor of Letters, honoris causa. He is an avid skier, mountain climber, and hiker.

He counts in his ancestry the poet Emily Dickinson, the early sexologist Robert Latou Dickinson, and the infamous murderer and opium addict Amasa Greenough. He divides his time between New Mexico and Maine.

Lincoln Child was born in Westport, Connecticut, which he still calls his hometown (despite the fact that he left the place before he reached his first birthday and now only goes back for weekends).

Lincoln seemed to have acquired an interest in writing as early as second grade, when he wrote a short story entitled Bumble the Elephant (now believed by scholars to be lost). Along with two dozen short stories composed during his youth, he wrote a science-fiction novel in tenth grade called Second Son of Daedalus and a shamelessly Tolkienesque fantasy in twelfth grade titled The Darkness to the North (left unfinished at 400 manuscript pages). Both are exquisitely embarrassing to read today and are kept under lock and key by the author.