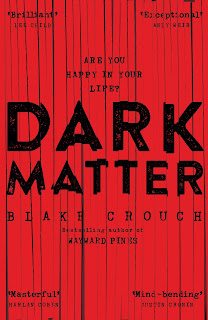 Jason Dessen had a more than promising career in quantum physics.  When he met, fell in love with and married his (then pregnant) girlfriend he made the difficult decision to give up research and go into teaching.  He never regretted the decision but on the night his former colleague is receiving a prestigious award for research he doesn’t want to go to the celebration because he doesn’t want to deal with the “what ifs”.  Unfortunately, life does not always follow along with one’s feelings and on his way home he is abducted and taken to confront the physical realization of his long ago theoretical project.  Given no choice, Jason steps into the machine and soon realizes that his life will never be the same again.

I requested this book on the strength of Mr. Crouch’s name.  I have enjoyed many of his previous works, the Pines series in particular.  I knew this book contained time travel elements, which is not a deal breaker for me.  I also knew it would be “science heavy”, also not a reason to pass up on the book.  What I didn’t expect was that the time travel element would take such an unusual course – linear rather than back to the past or into the future.  Interesting!  The science was, admittedly, a little daunting in this one.  I had to take it on faith because I was lost in the quantum physics.  Don’t let that stop you from picking up this page-turner.

My rating of 3 ½ stars stems from the middle part of the book.  Without giving away too much of the plot suffice it to say it was a little “overpopulated” which I found more confusing than the science.  Just as my mind was beginning to moan at the task of reading this book the action turned and I became fully engaged in the story again.

In my opinion, the ending was a little open leading me to wonder whether we would be visiting with the Dessen family again … in another world?

“I received this book at no charge from the publisher Crown Publishing via Netgalley
in exchange for an honest review.”

ABOUT THE AUTHOR (from www.blakecrouch.com) 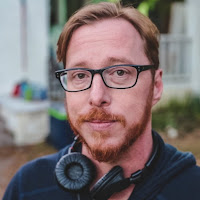 Blake Crouch is a bestselling novelist and screenwriter. He is the author of the novel, Dark Matter, for which he is writing the screenplay for Sony Pictures.

He has written more than a dozen novels that have been translated into over thirty languages and his short fiction has appeared in numerous publications including Ellery Queenand Alfred Hitchcock Mystery Magazine. Crouch lives in Colorado.