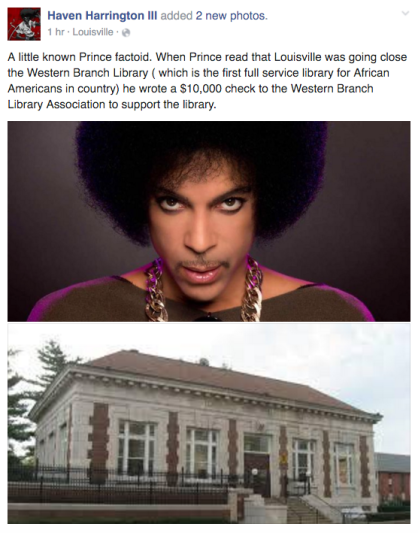 Louisville Western Branch Library opened in 1905 as the first library in the nation to provide services exclusively for the African-American community, utilizing only African-American staff.

Albert Meyzeek, during his tenure as principal of Central High School, was concerned about the lack of adequate reference and reading materials at his school, and he argued to the City Library Committee that African-Americans should have access to a library. He succeeded.

Before the library was built — one of nine Carnegie libraries in the LFPL system — the city rented three rooms of a private residence at 1125 W. Chestnut St.

Email ThisBlogThis!Share to TwitterShare to FacebookShare to Pinterest
Labels: RIP 2016