My Mad Fat Diary - A Review 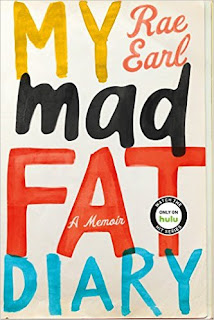 Most people would be mortified if someone read their diary – especially their teenage years diary.

Rae Earl has published hers.

Granted, at one point in her life she wanted to burn it on the barbecue and they are now 25+ years old, but some of the issues are still relevant today.  Give this book to teenagers and hope it becomes a jumping point for some important conversation.

When Ms. Earl began writing in her diary she was 17 years old, attending a private secondary school on a “scholarship scheme” tuition grant and recently released from a psychiatric ward.  Even she admits that some of the aspects of her life would make people call “bullsh**” but with the exception of some editing (to protect the innocent) this is her diary.

Rae had three pretty basic goals as a teenager; complete her A-levels, lose weight and find someone who would love her (translate that into “lose her virginity”), not necessarily in that order.  The two strongest desires were to lose weight and stop being a “cow” and to acquire a boyfriend.  Even Rae admitted that neither of these was likely to happen.  In Rae’s own words “Frankly, to use late 1980’s terminology, I was gagging for it.  Like most teenagers, I was desperate to lose my virginity.  However, I already had a lover that made me look pregnant but actually ensured that I would never, ever become a teenage pregnancy statistic; Food.”

In many ways this was a difficult book to read.  Obvious from her “forward” in the book, Ms. Earl has a sense of humor now and after reading “My Mad Fat Diary” it’s also clear she had one then … some of the things she writes are very funny.  However, overall I found the diary very sad, what might be typical teenage issues made worse by budding OCD and obvious issues with food that were often difficult to read about.  As each page turned I also had a growing concern about the monumental consumption of alcohol that seemed very commonplace amongst her group of friends.  Even her “Mum” did not have issues with her heading out to the pub every night.  (I did!)  I also wish teenaged Rae had been able to step outside herself long enough to give “Ryan, the RAF groper” a second look.  I hate to make the comparison, but My Mad Fat Diary could be described as a non-fiction “Duff”.

As I am formulating this review I find it difficult to type the words “I enjoyed this book” because it seems wrong.  I am glad I read it and I understand that the next year of her journal has also been published as “My Madder Fatter Diary”.  I came to care enough about Rae and her friends to want to pick it up. 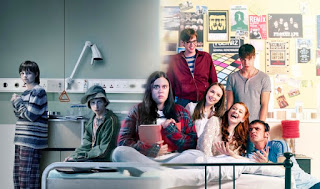 This book was originally published in 2007 and I was unaware that in 2013 became a hit television series starring Sharon Rooney.  As I reached the halfway point in the book I kept thinking that it should be made into a movie.

I received a copy of this book at no charge from the publisher, St. Martin’s Griffin, via Netgalley in exchange for an honest review.

ABOUT THE AUTHOR (from The Telegraph) Rae Earl is an English writer and broadcaster.  Born in Stamford, United Kingdom she now resides in Hobart Australia with her husband, Kevin and their children. 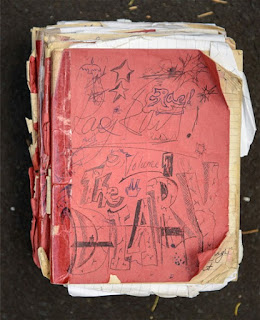 “Digging out nine battered old red school exercise books, and some scrawled Filofax pages, Earl shows me her actual diaries, started in 1989 and continuing into the 1990s. There’s disturbing stuff in here about bullying, obesity and mental illness. But there’s also a typical teenage girl’s lust for love, life and boys, and the sharp writing and spirited attitude make for an uplifting read. ‘Black humour was my saviour. I was very aware I had to find a way to cope with my head,’ says Earl. The diaries proved the perfect strategy.”