Things I've Said to My Children - A Review

THINGS I’VE SAID TO MY CHILDREN by Nathan Ripperger. 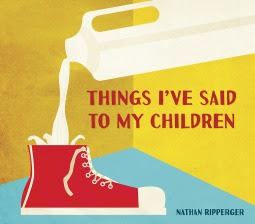 This book would make a great add-on to a baby shower gift – you know – when it’s too late for the parents-to-be to change their minds.  It would also make an appropriate gift for parents in the throes of the “terrible twos”, just to let them know they are not alone.  Of course, only if you (and they) have a sense of humor. 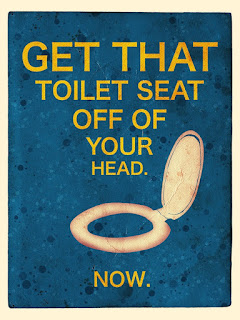 Mr. Ripperger is a father of four, and his idea for this book came about when he astounded even himself by what came out of is mouth in response to things his kids got up to.  He began by drawing pictures to illustrate the phrases, which led to posters (available on his Etsy site). 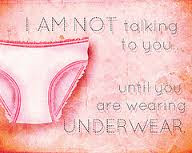 Now Mr. Ripperger has compiled his art and words into this book.  It is a small book that you can flip through rather quickly.  Some of the phrases I could definitely identify with and some not, although they did bring back memories of similar situations.  Some of the pages I looked at and thought “nope, just don’t get it”.  In that sense it is definitely a book for everyone, since different scenarios will resonant with different people.  And for those who have not yet enjoyed parenthood, it may bring back some fond reminiscences of childhood adventures and your own parents' reactions and spontaneous quotables.

The artwork is simplistic yet exactly conveys the sentiment expressed.

ABOUT THE AUTHOR (from BoredPanda.com)

Nathan Ripperger, a U.S. designer and video producer, has come up with a hilarious way to catalog the bizarre and hilarious conversations one can have when raising children. His series of posters, called “Things I’ve Said To My Children,” shares some of the fantastic things that Ripperger has had to say to his children with us all.

On his Etsy shop, Ripperger explains the idea behind the posters: “These posters[…] feature a phrase that I believe the only reason they left my mouth was [due] to my children.” The warm colors and textures of Ripperger’s designs, as well as the completely inexplicable phrases, will bring a smile to your face.

After the posters became popular, Ripperger began selling prints of them on his Etsy shop.