The Inner Life of Cats - A Review

Subtitled “the science and secrets of our mysterious feline companions” this book should be a must read for every self-proclaimed cat-person.

THE INNER LIFE OF CATS by Thomas McNamee 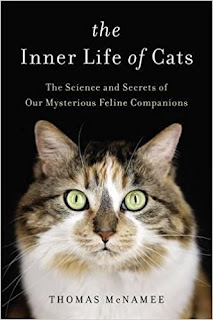 On a freezing cold and snowy night in Montana Mr. McNamee notices some tracks in the snow of the laneway leading to his barn.  Investigating some mewling he discovered a very small, very cold and hungry looking black kitten.  Realizing that this little bundle of fur was too young to be out on her own – probably too young to even be away from her mama – he bundles her up and takes her into the house.  Named Augusta, because Mr. McNamee and his wife counted back and thought she was probably born in August, this was the start of a 15-year loving relationship.

The book follows Augusta through the stages of her life with the McNamees and as he describes each milestone Augusta passes Mr. McNamee also shares his meticulous research about cats pertaining to the same subject matter.  Mr. McNamee wanted to be a better cat owner and to understand Augusta as best he could and he shares everything he learned with his readers.  He wrote about his own relationship with Augusta so touchingly that I had to close the book for a little while when he was describing when the time came to let Augusta “go”.  The author also discusses many other topics such as the feral cat communities around the world and the timely (and touchy) subject of the impact of both feral and outdoor “house” cats on wildlife.

Mr. McNamee has definitely done his homework to write this book.  In my current business venture in cat-sitting I have been asked many questions by clients, some – as a life long cat owner I had answers to, others I had to call my vet-tech daughter to answer.  I have made it a mission to become more informed about the “science” of cats and this book fit the bill.  There were things in this book that I had not read in any of the other “cat” books I have explored.

If you want to have a better understanding of the enigma that is the cat, this is one of the better books to start that journey.

“The Inner Life of Cats” surpassed the reasons I had to read it and was at the same time an easy and entertaining read. 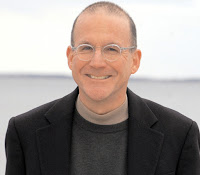 Thomas McNamee was born in Memphis and grew up there and in New York City. At Yale he was a Scholar of the House in Poetry under the tutelage of Robert Penn Warren. In his early career he produced the double LP Music to Eat by the Hampton Grease Band, said to be the lowest-selling album in Columbia Records history but now considered a classic. He then wrote the book and lyrics of a musical play, Sirens, under the guidance of Leonard Bernstein, but it never made it to the stage. His poems, essays, and book reviews have been published widely.