Emma in the Night - A Review

One night, after an argument about a cheap necklace, two sisters disappear – three years later one returned.

EMMA IN THE NIGHT by Wendy Walker 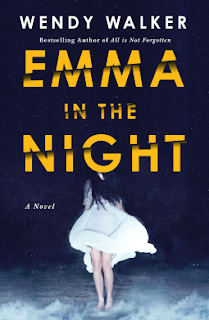 Cassandra and Emma never had things easy growing up with a mother who displayed classic signs of narcissism.  One day they were loved and the next could be frightening in the neglect they suffered.  They soon learned how to keep their mother happy but in turn she learned how to play them against each other.  Then both girls disappeared on the same night.  Emma’s car and shoes were found on the sand by the ocean, but no signs of Cass could be found and nothing was missing from her room.  Could the girls have disappeared together or were they the victims of two random, but coincidental abductions?

The FBI psychologist assigned to the original case suspected something else was at play but trying to convince others almost caused her to lose her job.  When Cass returned demanding action to find her sister, Dr Winter saw her second chance to set things right.

This was a twisty-turny tale of a severely dysfunctional family.  It was obvious from the time that Cass returned that things were not as they seemed.  As I read more and more of the story I developed plausible outcomes … and then changed my mind again and again.  Despite my multiple guesses I still got the ending wrong but that’s a sign of a good psychological thriller, right?

While I enjoyed this book there were times I felt it could have moved along at a slightly quicker pace; the story is told from multiple points of view so some of it was repetitive.  When I got to the end I couldn’t get past the feeling of “well that could have all been prevented with one phone call”.

Emma in the Night releases on August 29th, 2017 and while I certainly would not hesitate to recommend this book to friends, I cannot quite rate it among the top books I’ve read in this genre.

* I’d like to thank the publisher, St. Martin’s Press via Netgalley for my copy of the book, sent in exchange for an honest review. * 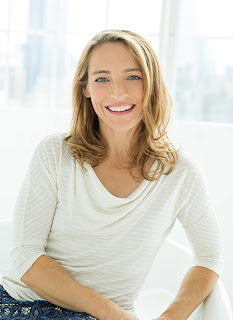 Wendy Walker is a former family law attorney in Fairfield County, Connecticut who began writing while at home raising her three sons. She published two novels with St. Martin’s Press and edited multiple compilations for the Chicken Soup for the Soul series before writing her debut psychological thriller, All is Not Forgotten. Her second thriller, Emma In The Night, will be released August 8, 2017.

Wendy is currently writing her third thriller while managing a busy household.
Posted by Unknown at 6/07/2017