Congratulations to “Room” this year’s TIFF People’s Choice Award winner based on the book by Emma Donoghue. 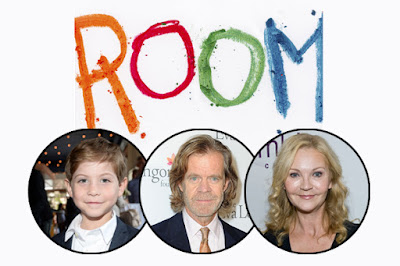 “Room” was on my wish list to see but, unfortunately, it was never playing at a time when I could attend (screenings run from 9 a.m. to midnight seven days a week).  My daughter did see the film and said it is definitely a “must see” when it comes out, so I will definitely make a point of going to the theater to see it.

The trailer can be viewed HERE

This past weekend I once again attended two TIFF features.  I wanted to post this on Monday, but life has a way of getting in the way of how I plan to do things.

NO MEN BEYOND THIS POINT

My daughter and I picked this movie out of her “magic book of movies” because it sounded really interesting.  As a “mockumentary” this movie presents an alternative universe where men stop serving any purpose.  In the film women began having what were referred to as “virgin births” – basically pregnancy and birth without the need of sperm.  It came as quite a shock when it first started happening – lots of accusation of adultery, fornication and lies.  When it was discovered that it was happening worldwide, women accepted it and went quietly on with their lives.

Oh … the births all resulted in girls.

Men eventually became of no use.

The film moves forward to present day where Andrew Myers, at 37, is the youngest man left in the world.  Men have been relegated to “men only communities” and are on the brink of becoming extinct.  Women rule the world through the “World Governing Council” and have done away with countries governing themselves, war, poverty and any number of other crisis issues existing today.

But what happens when the inevitable occurs … a woman falls in love with Andrew and together they dare to question the new order.

This is the type of movie you want to go see with a group of friends, preferably male and female, leaving plenty of time afterwards for a nice dinner and drinks so it can be discussed.  Although most definitely tongue in cheek with several “laugh out loud” moments this film raises so many “what if” scenarios and questions that it just begs to be mulled over and dissected.

Interestingly, the premise was conceived and directed by Vancouver born Mark Sawers.  It makes me wonder if the film might have gone in a different direction had a woman been at the helm behind the cameras?

There is a little “teaser” for this film HERE 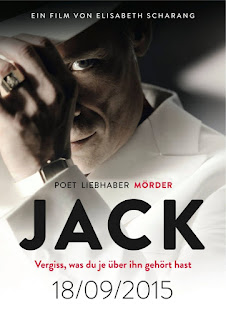 Based on true events this film tells the story of Jack Unterweger, one of Austria’s most infamous real-life convicts.  Jack was convicted of the murder of a young woman and sentenced to a 15-year jail term.  While serving his sentence Jack begins his road to rehabilitation by writing poetry.  His poetry becomes popular with publishers and, predominantly female, fans alike.  Upon his release he embraces his new-found celebrity and tries to stay on the straight and narrow.  Unfortunately, about the same time that Jack is enjoying his popularity there happen a series of murders involving prostitutes (one of Jack’s many weaknesses) and slowly the police come to believe that Jack may be the killer.

This film, given the subject matter was quite dark, both in the story and in the cinematography.  Johannes Krisch, portraying Jack, was brilliant casting on the part of director Elisabeth Scharang.  There were a few moments in the film that had us talking about this one, later over coffee, as well.

One a personal note … the film’s dialogue was in German with English subtitles.  I have no problem with subtitles but when I speak the language of the movie I get a little frustrated because there are those moments when I feel the dialogue and subtitles don’t quite match up.  I am a little out of practice in German so for the first third of the movie I was reading subtitles and then “language memory” kicked in and I was able to follow the dialogue on screen.  It made it much more enjoyable. 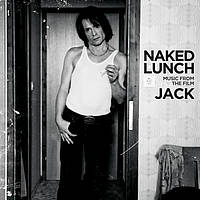 My daughter and I do not usually mesh when it comes to taste in music, however, we did both comment, while walking out of the theater, that the soundtrack to this film was great.  That’s a pretty good testament to the talent of “Naked Lunch”.  Unfortunately, the soundtrack has a limited release of 500 hundred copies (vinyl only … CD included).

Over all, although we only saw one movie that is scheduled for release in theaters soon (The Danish Girl) all the movies we attended were well-done and interesting films.  It’s nice to get a taste of what’s out there aside from the “blockbusters”.

The “teaser” for this film can be found HERE

And … another year of TIFF is over.