The Art of Forgery - A Review

THE ART OF FORGERY by Noah Charney. 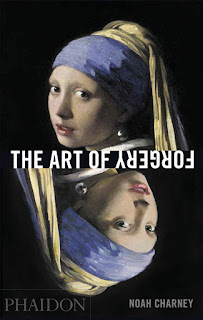 “Welcome to the world of forgery and remember your Petronius: Munus vult decipi, ergo decipiatur, ‘The world wishes to be deceived, so let it be deceived’”

“Art forgery appears to be an unthreatening and victimless crime (or rather, one that only affects the very rich, with the media and forgers alike implying that these elitist victims deserve to have the wool pulled over their eyes), so its criminals tend to be seen as skilful rapscallions, part-illusionists, part-practical jokers, the ones who point out that the emperor (in this case, the art world) wears no clothes.”

This is the second book I’ve read about art forgery in about as many weeks.  While the subject definitely interests me (obviously) – reading the two books almost in succession does lead to a bit of an overlap in the information and begs for comparisons.  Out of respect for each author’s individual writing style and opinion about the subject matter I am going exercise my barely-there self-control and refrain from making the comparisons.

Mr. Charney gives his readers quite a lengthy introduction with this book, so even if a reader is not familiar with the subject of art forgery, after reading the introduction the rest of the book makes good sense.  He also breaks the book up into interesting sections, each detailing one aspect behind the “art of forgery”.  The sections heading are Genius, Pride, Revenge, Fame, Crime, Opportunism, Money and Power, each a reason in the mind of the perpetrator to commit the fraud.

Mr. Charney points out over and over again that no one is ever charged with forging a piece of art.  The act of copying a piece of art is not a crime.  In fact since the teaching of art began the best way of learning the craft is to copy the masters.  The crime comes in misrepresenting the piece as something that it is not or providing a provenance that is fictitious.  Not only art but also history itself has been altered by clever and talented cons involving faked provenance.  Since the punishment for art crime not involving theft is minimal often the forger emerges from his cell with somewhat of a celebrity status and goes on to make more money legitimately afterwards.  If the case is made well-known to the public even the forgeries become highly sought after works.  Exhibitions made up entirely of art forgeries have often been staged by premier Art Galleries.

“… there is a distinct lack of disincentive for potential criminals to try their hand at forgery..  This is perhaps most obvious in the cases of John Myatt and Wolfgang Beltracchi, both of whom served a minimal amount of time in minimum-security prisons, and both of whom enjoyed lucrative careers following their exposure.  The prison sentences for forgers tend to be so slight, and the popular interest in them so great, that it may seem well worth a year or two in a minimum-security prison to then emerge as a sort of folk hero with a rewarding career”


“In the field of art forgery, the benefits outweigh the risks, and by a mile.” 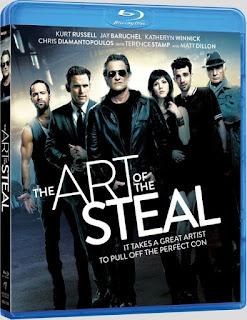 Mr. Charney concludes his book with examples of forgeries other than art including fine wine, archeological finds, maps, literature and signatures/autographs.  All in all this is another comprehensive book on the subject written in an easy to read and understandable manner complete with beautiful pictures and illustrations.  I’m usually pretty generous with my 5-star ratings of non-fiction, and I would rate this book at 4 stars because I found as Mr. Charney gave his personal conclusions at the close of each section of the book he had nothing new to say – he’d stated the obvious in his introduction – so it just became repetitive.  However, I feel obligated to knock another ½ star off because Mr. Charney sites the 2013 movie “The Art of the Steal” (starring Kurt Russell and Matt Dillon) in this book and – this is only my humble opinion!! – I feel he gets the synopsis of the movie wrong.  BTW … it was an excellent movie to site because this film encompasses almost every aspect of art crime, from theft to forgery and on through fake provenance, skilled con men, intricate planning, questionable art experts, shady deals and greedy buyers in a highly entertaining and very humorous manner.  Now the movie I would rate 5-stars!


“If anything, the media fascination with forgers provides an active incentive for those considering forgery.  If the media collectively sternly condemned forgers rather than applauding their exploits, it would be a step in the right direction.  Likewise, if the media agreed not to publish the names or photographs of forgers, nor images of their handiwork – the publication of which offers forgers a route to celebrity – it would have a similarly dissuasive effect. Such a collective agreement on the part of major media players remains highly unlikely, however.”


Seems a little contradictory?  Or is it my fault for my fascination with the topic? 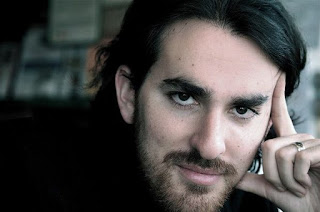 Noah Charney holds Masters degrees in art history from The Courtauld Institute and University of Cambridge , and a PhD from University of Ljubljana. He is Adjunct Professor of Art History at the American University of Rome, a Visiting Lecturer for Brown University abroad programs, and is the founder of ARCA, the Association for Research into Crimes against Art, a non-profit research group on issues in art crime (www.artcrimeresearch.org).

His work in the field of art crime has been praised in such forums as The New York Times Magazine, Time Magazine, The Wall Street Journal, BBC Radio, National Public Radio, El Pais, Vogue, Vanity Fair, and Tatler among others. He has appeared on radio and television, including BBC, ITV, CNBC, National Geographic and MSNBC, as a presenter and guest expert.  He is in constant demand as a lecturer.  He has given popular TEDx talks, was a finalist for the main TED event, and teaches a Guardian Masterclass called "How to Write About Art."

Charney is the author of numerous academic and popular articles, contributing regularly to The Guardian, the Daily Beast, Atlantic, Salon, The Art Newspaper, The Believer, Esquire and many others. His first novel, The Art Thief (Atria 2007), is currently translated into seventeen languages and is a best-seller in five countries. He is the editor of an academic essay collection entitled Art & Crime: Exploring the Dark Side of the Art World (Praeger 2009) and the Museum Time series of guides to museums in Spain (Planeta 2010). His is author of a critically-acclaimed work of non-fiction, Stealing the Mystic Lamb: the True History of the World’s Most Coveted Masterpiece (PublicAffairs 2011), which is a best-seller in two countries. His latest book is The Thefts of the Mona Lisa: On Stealing the World’s Most Famous Painting (ARCA Publications 2011). Upcoming books include The Art of Forgery (Phaidon 2015) and The Collector of Lives: Giorgio Vasari and the Invention of Art (Norton 2015).

He lives in Italy and Slovenia, and lectures internationally in the subjects of art history and art crime.