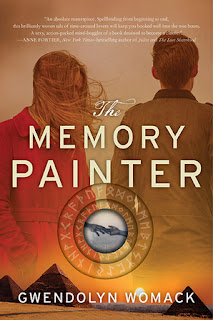 THE MEMORY PAINTER
by Gwendolyn Womack.

RENOVO … developed in the 1970’s by a group of scientists and apparently the miracle drug that would cure Dementia and Alzheimer’s.  Lab tests seemed to confirm that it improved the brain’s ability to retrieve memories.  Why are scientist never satisfied with successful lab tests and future recognition?  Michael, the team leader, while surely tapping his fingers on his chin, pondered on what would happen if someone with a healthy mind took the miracle drug.  He decided to try taking Renovo himself (bad idea!) and it seems the answer is that you begin to experience very strange dreams.  Dreams that you wake from having acquired skills and languages you did not have before – dreams that turn out to be very real and have very deadly consequences.

In the present day … Bryan has experienced strange dreams his whole life.  As a child he was subjected to one psychiatrist after another and even institutionalized.  As an adult he deals with the dreams by painting them.  Linz, a neuroscientist herself, has her own history with dreams, one recurring dream that haunts her into adulthood.  When she attends an art opening she is shocked to see her dream portrayed on canvass.  How could the artist have known about her dream? 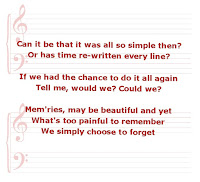 So starts a trip not only into Bryan and Linz’s intertwined recent past but through 10,000 years of shared history, repeating itself throughout different lifetimes.

I cut my “grown up” reading teeth on books like “The Reincarnation of Peter Proud” and “Audrey Rose” and although I have more than willing wallowed in the horror genre ever since I have not picked up too many books about reincarnation.  After reading a few I started to get an overwhelming sense of deja-vu myself.  This book was different, giving the whole subject a fairly new spin.  Personally, I wouldn’t classify this book as “horror” although there are incredibly creepy moments.  It is definitely a thriller with touches of historical fiction, science, a love story and an interesting time travel element.  Ms. Womack has combined elements that will appeal to a wide range of readers.

I enjoyed this book very much despite the fact that I felt it started to drag a little bit towards the end.  The final “dream” segment was a little lengthy for me and I really wanted the story to move back into the present.  When it finally did the revelations came fat and furiously, one after the other – some I saw coming and others I most certainly did not.

An excellent debut novel for Ms. Womack and special praise from this reader in one particular area; considering the number of lifetimes and character names involved she did an amazing writing job because even I managed to keep them straight and sorted through all the action.  I did feel there was a not quite complete ending to this book so could there possibly be a sequel in the works? 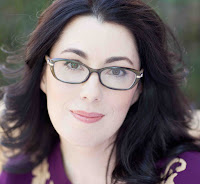 Originally from Houston, Texas, Gwendolyn Womack began writing theater plays in college while freezing in the tundra at the University of Alaska, Fairbanks. During that time she lived in St. Petersburg, Russia on an independent study working with theater companies. She went on to receive an MFA from California Institute of the Arts in Directing theater and film where she was encouraged to write her own material. After graduating she focused on writing feature screenplays and was a semi-finalist in the Academy’s Nicholl Fellowship. In 2009 she moved to Japan and began THE MEMORY PAINTER the following year. Currently she resides in Los Angeles with her husband and son where she can be found at the keyboard working on her next novel.

THE MEMORY PAINTER is her first novel. 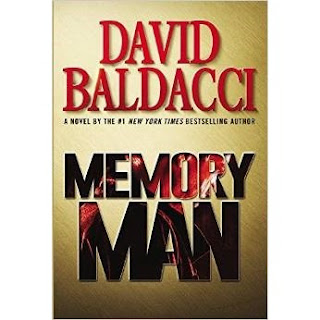 Amos Decker is the first athlete from his high school to ever make it to the pros.  Sadly, his career was short lived when a horrible tackle from an opposing player left him sprawled on the field technically dead for a few moment, resulting in some unusual side effects including the fact that now he forgets NOTHING.

It seems like that would be talent that comes in handy when he is trying to finish his college education (straight A’s) and pass the police entrance exam (top of his class) but when life once again plays an unfair card and it is Amos who discovers his wife and daughter murdered in their home, that’s something he does not want to remember in vivid detail.  The memory is debilitating.  He can no longer function, loses everything and lives day-to-day wondering why he didn’t go through with killing himself the night he made the discovery.  He becomes a self-imposed hermit, one tiny step away from being homeless. 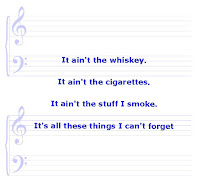 Almost a year and a half year later two events happen that force him back into the real world.  The police finally have a viable suspect in his family’s murder and a rampage at his old high school leaves one teacher and many students dead.  He wants answers to his family’s killing but to get those he needs to help the police in the case of the shootings.  Against his will he is drawn back into the world of the living.

As usual Mr. Baldacci weaves an interesting story, filled with more questions than answers right up to the end.  Amos is a little different too.  He is not one of the usual “war hero/super cop/can do no wrong” characters that sometimes populate Mr. Baldacci’s books.  In fact Amos would have fit in well with some of the odd characters in the (my favorite) Camel Club series.

My one criticism of this book and a few more of his more recent books is that Mr. Baldacci does not give his readers enough credit.  He has become very repetitive.  In the last book I felt that if I read the words “army creds” one more time I would have hurled the book into the nearest wall.  In “Memory Man” it was his description of Amos as “having let himself go”.  Amos is a tall man, former football player so obviously he is a big guy.  I also understand that Amos’ size is a determining factor in solving some of the clues in this book.  But it seemed as if every other page mentioned the fact that he was “overweight”, “fat”, “had to shop at the Big Man store” and “filled his plate to overflowing at the breakfast buffet.  I got the reference after the first ten times … I get it … I get IT … I GET IT!!  I kept thinking to myself that “yes, that visual is clear in my head – now give it a rest”.  It really took away from my enjoyment of the story so hence my three star rating for an otherwise really good who-dun-it.

David Baldacci published his first novel, Absolute Power, in 1996. A major motion picture adaptation followed, with Clint Eastwood as its director and star. In total, David has published 30 novels; all have been national and international bestsellers, and several have been adapted for film and television. His novels have been translated into more than 45 languages and sold in more than 80 countries; over 110 million copies are in print worldwide. David has also published four novels for younger readers, including the #1 bestseller The Finisher, which is in development for feature film.

A lifelong Virginian, David received his Bachelor’s degree from Virginia Commonwealth University and his law degree from the University of Virginia School of Law, after which he practiced law in Washington, D.C.

While David is involved with several philanthropic organizations, his greatest efforts are dedicated to his family’s Wish You Well Foundation®. Established by David and his wife, Michelle, the Wish You Well Foundation supports family and adult literacy in the United States by fostering and promoting the development and expansion of literacy and educational programs. In 2008 the Foundation partnered with Feeding America to launch Feeding Body & Mind, a program to address the connection between literacy, poverty and hunger. Through Feeding Body & Mind, more than 1 million new and gently used books have been collected and distributed through food banks to families in need.

David and his family live in Virginia.