Having a Bad Day?

Having a bad day?  So are Jane Dixon and Paddy Buckley, the protagonists in the following two books.  And let’s face it, what better way to feel better about your own bad day than reading about someone else’s even worse day?  Make yourself feel better and pick up these two books ASAP.

Sometimes good, ordinary people make one bad choice, and then in trying to rectify that choice make things even worse.  I have a friend who calls it “The Sh** Vortex” – the more you struggle to get out – the deeper it sucks you in.  You just have to ride it out to the bottom and hope that it pops you to the surface.

Do our protagonists pop to the surface? 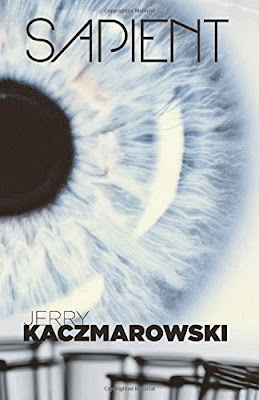 Two things are important in Jane Dixon’s life, her autistic son Robbie and her research into animal intelligence.  She hopes that the research will eventually lead to a cure for Robbie’s autism, but to date all she has been able to do is increase one rat’s ability to run a virtual maze.  The rat, Einstein, surprises her daily with his increased intelligence but Jane understands that any progress she makes is still decades away from helping Robbie in any meaningful way.  When she splurges on another test animal, a dog named Bear, a strange relationship grows between the dog and the rat and Jane is astounded at how much their intelligence increases.

Always looking for investors to fund her research she is never the less wary when the army shows an interest, followed quickly by the CDC.  One is interested in taking over her research and the other in shutting it down, but for now she needs to cooperate with both.  Little did she know that working with these two adversaries would answer the one nagging question that up until then had stalled its progress.  The light suddenly goes on as to why the serum worked on some animals and not others – and she realized it was a very small window of success that would never help Robbie – unless she acted immediately.

Jane makes a spur of the moment decision motivated by a mother’s love, injecting Robbie with the test serum.  The result is miraculous but unfortunately it’s not long before Jane understands that the cure could be more dangerous than the disease.  In fact, it could be virulent.  Things start to spin out of control very quickly.  Jane finds herself in protective custody and Robbie cannot be found.  Jane must (and does) ask herself “What have I done?”  Has she doomed Robbie and anyone he comes in contact with?  Can she still get this under control and save her son as well as everything and everyone else he touches?

Sapient (definition):  (1)wise or attempting to be wise, (2)of the human species (homosapiens)

Animals with artificially enhanced intelligence is not a new subject for novels but Mr. Kaczmarowski steps things up a notch with Einstein and Bear and their love/hate relationship.  This book grabbed my interest from the get-go and that never ceased.  While a little over the top, the action kept me turning the pages hoping for a happy resolution for Robbie, Jane and the animals.  The plot seemed pretty straight forward where the good guys were good guys and the bad guys were bad guys, but were they really?  Some kept me guessing which also kept me reading.  Einstein really was one clever rat that had a preference for I-phones over Android and took great pleasure in telling “stupid dog” jokes at Bear’s expense.  Sounds ridiculous but it was the comic relief the book needed in the most tense of the situations and somehow it worked.  I fell under Einstein’s spell hook, line and sinker.  I wanted an Einstein for myself!

The book tackled the ethical issues involved with animal testing and artificially enhanced intelligence as well as the impact it could have on any number of areas in everyday life.  The author explored family and love and how far a mother would go to help her child.  He also made a touching case for both the kindness of and the danger of strangers in difficult situations.

All in all it was a good read, so why not 5 stars?  As I mentioned, the topic is not new and I could draw easy comparisons to both Dean Koontz’s “Watchers” and the beginning of any version of “Planet of the Apes”.  “Sapient” was highly readable and did give me some new insights that made me think more about the enhanced intelligence issue … and, of course, there was Einstein.  In my opinion this book would appeal to fans of science thrillers and fans of stories featuring super smart animals, so it does still warrant 4 stars. 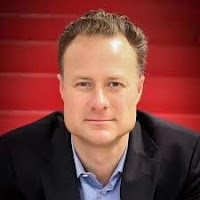 Jerry Kaczmarowski lives in Seattle with his family.  His first book, Moon Rising, was released in June 2014.  His second book, Sapient, was released in 2015.  He writes techo-thrillers that explore the benefits and dangers of mankind’s scientific advancement. 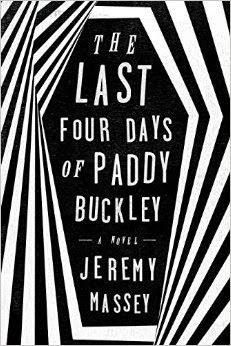 THE LAST FOUR DAYS OF PADDY BUCKLEY by Jeremy Massey.

Paddy works for Gallagher’s, the best funeral home in Dublin.  Since the death of his wife and unborn child two years earlier Paddy has thrown himself into his work.  He suffered from insomnia anyway so he made himself available for the calls that came at all hours of the day and night.  Death is not a 9 to 5 occupation.  His boss likes him.  The bereaved are comforted by him.  His coworkers respect his professionalism as well as his friendship.   His life is not remarkable but it does seem to be on an even keel, at least until one week in October.

On Monday a widow making arrangements for her husband dies, and Paddy may have been a little bit responsible for her heart attack.  Then the wrong body is shipped to Gallagher’s and Paddy needs to convince the family to have a closed casket to cover up the error.  Could things get any worse?  Always!

In the wee hours of Tuesday morning Paddy is driving home from a late death call at a nursing home when he is distracted for a moment and hits a man crossing the street.  When Paddy jumps out of his car to see if the man is all right he discovers he is not.  In fact, the man is dead.  The name in his wallet identifies him as Donal Cullen, the brother of Dublin’s biggest crime boss, Vincent Cullen.  Paddy panics, hops in his car and drives away.

Tuesday afternoon, after a (needless to say) sleepless night, Paddy finds himself sitting in Vincent Cullen’s garden to help him make the funeral arrangements for Donal.  Vincent seems to like Paddy, but as the title of the book suggests … Vincent eventually figures things out.

At 285 pages this is not a long book and I defy any reader to want to put it down before turning the last page.  After intending to read a little with my breakfast and morning coffee, I finished it about four cups later and just in time for a late lunch.  What better way to spend a Sunday morning?

I like Paddy and his story is an excellent telling of what happens when someone makes a split second decision that ends up going horribly wrong, no matter what he does to try and make it better.  I like Paddy’s friends and their unflinching willingness to help him even at the expense of their own safety.  There was a little romance mixed in to the chaos.  There was even a dog.

The only warning I could give to potential readers is that there are a few very graphic descriptions of the “behind the scenes” involved in preparing a body for the casket and about cremations.  Information Vincent Cullen has every intention of putting to good use for revenge.   But don’t let that dissuade you from picking up this book – just close your eyes during those scenes.

Best classified as a dark comedy this is an excellent debut novel by Mr. Massey.

Jeremy Massey is a third-generation undertaker who worked with his father for many years at the family firm in Dublin. A screenwriter by training, Massey has lived in London and Los Angeles. He currently lives with his wife and three children in Australia.
Posted by Unknown at 5/04/2015