The Book That Changed America - A Review

This book has been described as “A compelling portrait of a unique moment in American history when the ideas of Charles Darwin reshaped American notions about nature, religion, science and race”.  That is an accurate description but the book is so much more. 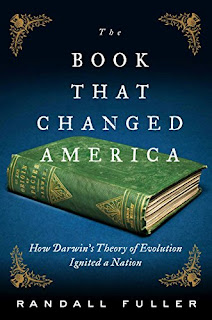 In 1860 Charles Darwin published “On the Origin of Species” and I think it would be fairly safe to assume that he had steeled himself for the backlash that the publication would produce from all parts of society.  I’m not quite so sure he was prepared for the support he received or the fact that his book would be used as an argument supporting both sides of the slavery issue in America.

“Reviewers for the American popular press consistently understood Darwin as having provided a theory that showed that black and white people were related.  In truth, Darwin had refrained from addressing this issue in the “Origin” because he was unwilling to claim more for his theory than it could adequately answer.”

I found that quite interesting, as I had never come across any information about that particular use of Darwin’s theory before.  Of course, that was by no means the only impact his publication had on the world; especially when it concerned religion and science.  Botanist Asa Gray was possibly the first person in America to read Darwin’s book and he soon led the charge for acceptance of Darwin’s revolutionary theory.  Soon the book was introduced to other members of the scientific, religious and philosophical realms of society: Charles Loring, Franklin Sanborn, Bronson Alcott and Henry David Thoreau.  In researching this book Mr. Fuller not only tells us the impact the book had on those luminaries but also the influential writers of the time such as Emerson, Lousia May Alcott and Frederick Douglas.

I cannot begin to describe all the areas Mr. Fuller touched upon in this book in a short review, but suffice it say that he packs a lot of interesting information into this 322-page book.  I not only learned more about Mr. Darwin’s theory but also enjoyed the biographical aspects about the others spotlighted.

It’s difficult to imagine one book filled with one man’s ideas could change the thinking of an entire country, but after reading Mr. Fuller’s book I can certainly see how it happened.  Well researched and well written but more importantly it satisfied the curiosity that prompted me to pick it up and I can’t ask more than that, so five stars for this one. 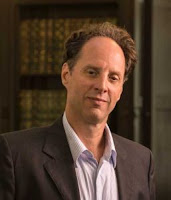 He has written for the New York Times, the Wall Street Journal, and other publications and has received fellowships from the Guggenheim Foundation and the National endowment for the Humanities.


He is Chapman Professor of English at the University of Tulsa.
Posted by Unknown at 2/28/2017