The Passenger - A Review

THE PASSENGER by Lisa Lutz 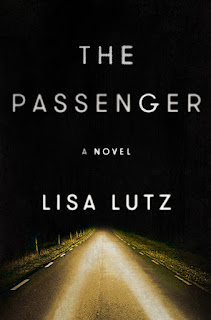 When Tanya Dubois’ husband accidentally falls down the stairs and kills himself it sends Tanya’s life into an absolute spin.  After checking that he is indeed deceased, instead of calling 911, she packs her meager belongings and begins a life on the run.  It’s not too long before the reader comes to realize that this is quite obviously not the first time she has felt the need to “get out of Dodge”.  She knows who to call for a new identity, official (enough) papers and some cash.  In a pinch she even knows how to go about finding a new name on her own as well.

As she seamlessly slips from being Tanya to being Amelia she encounters a kindred spirit in Blue, another woman on the run.  As “Blue” and “Amelia” get to know each other – I hesitate to say “become friends” – we learn a little bit about each woman’s past.  However, its not until they part ways and Amelia … now Debra … is again trying to escape her past on her own that we find out, in bits and pieces, what she is running from.

I enjoyed this book because it was clever.  The writing was smart.  It had me guessing about the reasons behind the actions of Tanya/Amelia/Debra as well as scratching my head about her choices and actions.  I alternately cheered her on, hated her actions and, felt sympathy for her.  In true thriller fashion the whole story was not revealed until the very end.  Despite enjoying the roller coaster ride with the main character I cannot jump on the 5-star bandwagon for this book.  I know readers who absolutely LOVED it.  Sadly, for me it’s a 3 ½ stars, generously rounded up to 4 for those sites without the ½’s.  Yes, I read the book blurb.  Yes, I get the meaning of the title.  Yet, between the title and the cover illustration I think I was expecting a different type of story.

I received this book from the publisher, Simon and Schuster
via Netgalley, in exchange for an honest review.
ABOUT THE AUTHOR (From her website) 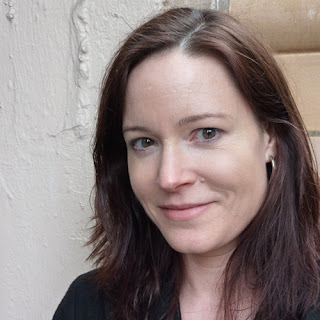 Lisa Lutz is the New York Times bestselling author of nine novels, including The Passenger (Simon & Schuster, March 2016), How to Start a Fire, six novels in the Spellman books series, and Heads You Lose, co-authored with David Hayward. She is also the author of the children's book, How to Negotiate Everything, illustrated by Jaime Temairik. Lutz has won the Alex award and has been nominated for the Edgar Award for Best Novel.

Although she attended UC Santa Cruz, UC Irvine, the University of Leeds in England, and San Francisco State University, she still does not have a bachelor's degree. Lisa spent most of the 1990s hopping through a string of low-paying odd jobs while writing and rewriting the screenplay Plan B, a mob comedy. After the film was made in 2000, she vowed she would never write another screenplay.