The Girl in the Painting - A Review

THE GIRL IN THE PAINTING by Kirsty Ferry. 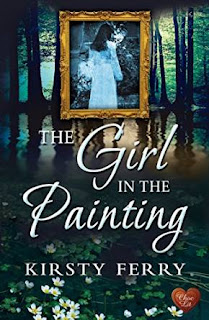 This book was a lovely little gem!

I have never read any books by Ms. Ferry before and requested this one based purely on cover love and the mention of the magic Pre-Raphaelite trifecta of Rossetti/Millais/Hunt.  If you are not familiar with the artists – no worries – Ms. Ferry gives you all the pertinent information cleverly interwoven into the story.  In spite of the painters from the past and the little time slip to the mid-19th century I would not classify this as straight-up historical fiction or a time travel book.  And, even though it does have a healthy does of romance it is definitely a giant step above “chick-lit”.  And, yes there is a ghost and some definite “tingle” moments but it’s not just a ghost story either.  “The Girl in the Painting” is a book anyone who loves one, some or all of the above can enjoy.

Cori Keeling has had a fascination with the Pre-Raphaelite painters for as long as she could remember.  It could be because of family rumor that a great-great (oh so many greats ago) relative had an affair with Dante Rossetti.  In fact Cori had been named after this wayward relative, Corisande and bore a striking resemblance to Millais’ Ophelia.   As the book begins Cori had been living in London for almost 5 weeks and had not yet gone to the Tate to see the paintings she loved.

The Pre-Raphaelites had a penchant for painting redheads, so when Cori was standing in front of “Ophelia” and looking so similar to the model, Simon Daniels couldn’t help but notice her.  Soon enough they find themselves enjoying a coffee together when they discover they have a mutual friend Lissy, who went to University with Cori and works with Simon.  Lissy is well aware of both Simon’s and Cori’s love of the “Ophelia” painting and surprises them with the news that a diary has been found that may call into question whether Lizzie Siddal (favorite Millais model and wife of Dante Rossetti) may not be the model for “Ophelia”.  This could be scandalous as Lizzie Siddal has been referred to as “the face of the pre-raphaelites”.

Cori comes into possession of the diary and something seems to posses Cori at the same time.  Daisy Ashford is one restless spirit and for some unknown reason is bound and determined to haunt Cori until the circumstances surrounding her life and death are resolved.  This plays havoc not only with Cori’s physical and mental well-being but with her budding relationship with Simon.

Can Cori survive being haunted by Daisy?

I wasn’t more than a few pages in and I was quickly hooked.  This little book had everything you could want in a wonderful Sunday afternoon read … a likeable female lead, romance, a little trip back in time, some wonderful art, a bit of art history and a vengeful ghost and, always a bonus, is well written too.  I mean, what else could you possibly ask for?

I fun, light read that I am glad I picked.  This is the second book in Ms. Ferry’s “Rosetti Mysteries” series.  I am definitely going to try and get my hands on the first book “Some Veil Did Fall”.

I received this book at no charge from the publisher, Choc-Lit via NetGalley in exchange for an honest review.

ABOUT THE AUTHOR (from her Amazon author page) 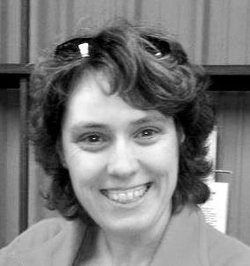 Kirsty is from the North East of England and won the English Heritage/Belsay Hall National Creative Writing competition in 2009 with the ghostly tale 'Enchantment'.

Her timeslip novel, 'Some Veil Did Fall', a paranormal romance set in Whitby, was published by Choc Lit in Autumn 2014. This was followed by another Choc Lit timeslip, 'The Girl in the Painting' in February 2016. The experience of signing 'Some Veil Did Fall' in a quirky bookshop in the midst of Goth Weekend in Whitby, dressed as a recently undead person was one of the highlights of her writing career so far!