The Bette Davis Club - A Review 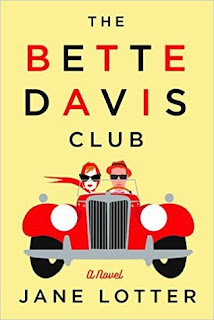 The Hollywood elite.
A runaway bride.
A vintage sports car.
A cross country romp.
A flawed heroine.
A damaged hero.
Not one, but two, mysterious manuscripts.
A maniacal bad guy.
A lesbian dance competition.
A tragic love affair.
The voice of reason in the form of an always-rational best friend.
A failing business,
And the chance at a multi-million dollar payoff at the end of it all.

What more could you possibly want in a quick, fun read on a Sunday afternoon?

Margo leaves behind her floundering business in New York City to attend her niece’s wedding in sunny Los Angeles.  After helping herself to a dress and shoes from her half-sister’s closet and more than a couple of drinks from the open bar she is summoned into the house and told that the bride is no where to be found.  Margo is charged with the task of hunting her down and bringing her back.  At her disposal is her father’s classic red MG and, since Margo does not drive, the jilted groom as her chauffeur and the promise of a big payoff if she returns with the bride … oh … and more importantly it seems, some of the items she has liberated from the house before departing.

So begins a cross-country romp, most of it along the infamous Route 66.

I liked this book a great deal.  It’s the perfect escape on a wintry afternoon when you have time to suspend reality for a little while and live vicariously through Margo’s well-intentioned yet often near disastrous escapades.

This is an enjoyable, light, fun read that is very well written.  So sad to know the author has passed away.  I think I would have certainly enjoyed other books written by Ms. Lotter.  If you read my “About the Author” section you will learn that quite obviously Ms. Lotter maintained her sense of humor right to the end and died with grace and dignity.  Much like her heroine Margo, she did things on her own terms.


I received this book at no charge from the publisher, Lake Union Publishing, via Netgalley in exchange for an honest review.

ABOUT THE AUTHOR (from the NY Times) 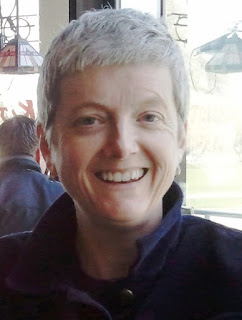 From the time she was a teenager, Jane Lotter, a lifelong resident of Seattle, loved to write — jingles for a greeting card company; news and features for a local real estate magazine; a weekly humor column in the now defunct Jet City Maven; and, most recently, a comic novel, completed shortly before her death.

Those best acquainted with her describe Ms. Lotter as a woman who had great spunk, knew her mind and, even at the age of 60 and dying of cancer, was wise beyond her years. So last spring, when she told her family that she was planning to write her own obituary, they weren’t too surprised, though they’d never heard of anyone doing that.

The paid obituary, which was published on July 28 in The Seattle Times, began:
“One of the few advantages of dying from Grade 3, Stage IIIC endometrial cancer, recurrent and metastasized to the liver and abdomen, is that you have time to write your own obituary. (The other advantages are no longer bothering with sunscreen and no longer worrying about your cholesterol.)”

Like any writer worth her salt, she used this final opportunity to list her awards and plug her book: “First Place in the Mainstream Novel category of the 2009 Pacific Northwest Writers Association Literary Contest for my comic novel, ‘The Bette Davis Club’ (available at Amazon.com).”

Even the best obituaries must leave much of a lifetime out, as Ms. Lotter herself noted: “I would demonstrate my keen sense of humor by telling a few jokes here, but the Times charges for these listings by the column inch and we must move on.”

Ms. Lotter’s dream was to get a novel published, but she ran out of time and self-published it as an e-book.

Ms. Lotter took advantage of the state’s Death With Dignity Act. “Suicide is the opposite of how Jane saw her life.  She loved life. She just didn’t want to end up like a fish flopping on a dock.”

On July 18, the couple and their two children gathered in the parents’ bedroom. Ms. Lotter asked to keep in her contact lenses, in case a hummingbird came to the feeder Mr. Marts had hung outside their window.

The last song she heard before pouring powdered barbiturates, provided by hospice officials, into a glass of grape juice was George Gershwin’s “Lullaby.” Then she hugged and kissed them all goodbye, swallowed the drink and, within minutes, lapsed into a coma and died.
Posted by Unknown at 1/15/2016