After the Crash - A Review 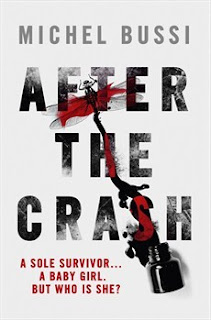 When you turn to the first page of this book make sure you have set aside a good block of time for reading because once you start “After the Crash” you are not going to want to put it down.

Just before Christmas in 1980 a plane takes off with 198 passengers on board including two babies, each three months old.  Unfortunately, a freak snowstorm happens and the plan crashes into Mont Terri on the Franco-Swiss border.  The flames that erupted quickly consumed those passengers not killed instantly on impact.  The terrain and the storm thwarted rescue efforts.  When the first responders finally got to the scene it seemed the miraculous had happened; a baby was found alive, cradled in her carrier, apparently thrown from the plane far enough to avoid the flames but close enough that they kept her from freezing to death.

The courts finally decided Lylie’s (as she had come to be known in the papers) fate.  But for one family and one detective this was not good enough.  They had to know, without question, exactly who Lylie really was.  So on the day of her 18th birthday Lylie received a handwritten notebook of about 100 pages in length summarizing the 18-year long investigation.

This book grabbed me at the introduction and didn’t let go again until I turned the last page.  Maybe not even then since I am still pondering the “what ifs” today as I decide what to say about this book?

It is well written with certain parts even making my think “Wow, that’s pretty amazing”.  The author has a talent for suddenly taking the reader on a short stroll away from the action.  Just as the reader starts to wonder why this little side step Mr. Bussi draws a beautiful parallel to the story.  It’s just enough to allow the reader to catch their breath before plunging back into Lylie’s life.  The twists and turns are not limited to the action and plot in this book but involve the characters as well.  Of course, Lylie and Marc, the young couple at the center of the story are the protagonists – the good guys, and everyone around seems to change and morph so that I could not decide who to trust until the epilogue.  Rather than find it frustrating … it was intriguing and kept me turning the pages!

I highly recommend this book to anyone who enjoys sitting down to a good mystery with just the right amount of angst, an added touch of “thriller” and a little romance on the side.

I received this book at no charge from the publisher, Hachette Books, via Netgalley
in exchange for an honest review.

Michel Bussi (born 29 April 1965 in Louviers, Eure, France) is a French writer of detective novels, and a political analyst and Professor of Geography at the University of Rouen, where he leads a Public Scientific and Technical Research Establishment (French: Unité mixte de recherche, "UMR") in the French National Centre for Scientific Research (French: Centre national de la recherche scientifique, "CNRS"), where he is a specialist in electoral geography.