Brooklyn on Fire - A Review 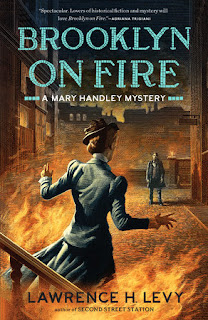 Before I start my review, let me say that it is not imperative to have read the first book in the series to enjoy this one.  Yes, there are tidbits of background information that you may have missed but Mr. Levy does an admirable job of imparting the important bits so that this can be a “stand alone” read.

With limited career options open to her as a female Mary has weighed out the pros and cons of various possible job choices.  After helping solve the Goodrich case Mary has decided that she would make a great detective.  Never one to let social norms and expectations stand in her way and only too well aware of the fact that in early 19th century New York City women DID NOT become police officers, Mary sets up shop as a private investigator in a small back office (cleaned out broom closet) of a bookstore.  Convenient, as her job in the bookstore helps her make ends meet.  She has the time … she has the business cards … she has the determination – now all she needs are some clients.

Mary is as surprised as anyone when a young woman comes into her “office” and hires Mary to look into the death of her uncle who supposedly died of a heart attack several years ago.  Little did Mary know when she accepted this case that it would lead to her butting heads (and other body parts) with the upper echelon of New York society, the Vanderbilts, the Rockefellers and the Carnegies.  As Mary delves deeper into her case of suspected murder there are many surprises on the way for both Mary and the reader.

As in the first book of the series actual historical figures abound, important issues, events and scandals of the time are cleverly woven into the story.  The reader is skillfully transported back to New York City of the 1800’s.  These truths entwined in the story make this interesting historical fiction and Mr. Levy’s characters make it an entertaining read.  Even Mary Handley was a real person and, although I have not taken the time to look into her history, I feel sure Mr. Levy has taken a few liberties with her character.

On the positive side – I really enjoy Mary, her way of thinking and bucking tradition, her attitude and her intelligence/clever instinct.  Also, as they did in “Second Street Station” Mary’s mother and father offer some fun comic relief throughout the story … especially her mother, who is written so well as a shining example of a woman bound by tradition, the polar opposite of her daughter, in whom she is equal parts disappointed and extremely proud.  I also very much liked Lazlo, Mary’s employer, provider of her office space and biggest supporter.  Should there be a third book I hope he makes an appearance.

There is something I will be watching for should there be a third installment in this series.  While I would definitely recommend this book to anyone that likes a lighter historical fiction read for me there were a few issues.  The foremost being that this is only the second book in this series and it already has that “cookie cutter” feel; as if Mr. Levy found a formula that worked in the first one, altered some names, came up with a new mystery and plugged it in to the pages.  It did help move the story along and allowed me to learn about a something new, however, if Mary is going to have a new and tragic love affair in each book it may put me off continuing with the series.

All in all a good read and I would definitely pick up another book in the series just to see where it takes Mary.

I received this book at no charge from the publisher, Crown Publishing, via Netgalley in exchange for an honest review. 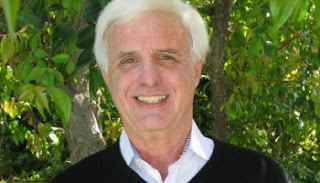 LAWRENCE H. LEVY is a highly regarded film and TV writer who is a Writers Guild Award winner and two-time Emmy nominee. He has written for various hit TV shows such as Family Ties, Saved by the Bell, Roseanne, and Seinfeld. Second Street Station is his debut novel and Brooklyn on Fire is his second book.
Posted by Unknown at 1/21/2016