Things That Go Bump in the - well ... Anywhere 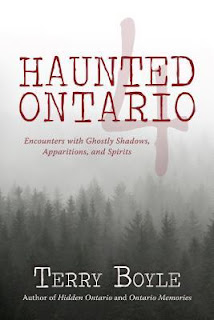 Back in the days of my not-so-misspent youth, when The Amazing Kreskin had his own show, Uri Geller was bending spoons on the Michael Douglas Show (or maybe it was Phil Donahue?) and Kolchak (played by Darren McGavin) chased beasties on Thursday night's episode of Nightstalker, I became quite fascinated with things other-worldly.  I don’t think “paranormal” was a commonly used word yet and the library still had a section labeled “Occult” – before that word become synonymous with all things evil and serial-killer-ish.  My go to guy for ghosts was Hans Holzer (1920 – 2009).  I blame him entirely for my never-ending quest for a really good ghost story, be it fact (?) or fiction.  When I saw “Haunted Ontario 4” as a choice on Netgally I knew I had to request it.

As I started reading I knew I’d made a good choice.

The book tells of haunted houses in cities and towns that I know of, have visited or have lived in so right away that made it fun to read.  The fact that there may be haunted places in some of “my haunts” made it even that much more interesting.

Mr. Boyle takes his readers to such varied places as Fort George in Niagara-on-the-Lake, to restaurants, Inns and hotels throughout Ontario and even to the prestigious University of Toronto.  I even found out a little tidbit I never knew … Marilyn Munro frequented French River in Northern Ontario.

Unlike Dr. Holtzer, who entered supposedly haunted venues with both guns blazing in the form of an entourage of psychics, mediums, infrared and night-vision cameras and a plethora of scientific equipment, Mr. Boyle takes a friendlier approach that I thoroughly enjoyed.  First he introduces his reader to the area explaining much of its history and its historical significance (if any).  The he gives some background on the specific location (because its not always a “house”) and introduces us to the people living and/or working there now, at which point he hands the tale over to them to fill the reader in on the details of the “ghost”; their own experiences, common stories or legends they may have heard and their personal reaction to the ghosts, as some are friendly and soothing and others quite angry and vengeful.  Mr. Boyle ends the chapter, wherever possible, with the current status of the location; some still being open to the public – as in the case of restaurants and Inns, some no longer exist and some are tourist venues – such as Fort George.  Pictures, both historical (if they exist) and current when possible are also included.

As proven throughout this book the stories of many a haunting and ghosts are so often intertwined with love, war and/or tragedy.  My favorite entries in this book?  Definitely the description of the activity at Fort George gave me goose bumps.  I have visited that site and have walked through the buildings and I definitely had an ominous feeling about them … not because I felt the presence of any ghosts, but because the history itself was quite haunting.

The Hockey Hall of Fame story was sad, and the haunting of the doorway and stairwell at the University College in Toronto was downright creepy.  That location is included in many “haunted tours” of the city and one can still see the gouges the axe made as a cuckolded lover chased his rival up into the stairwell. 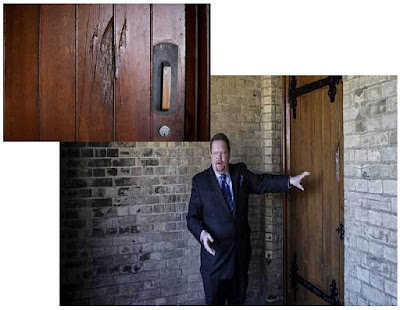 What I enjoyed about Mr. Boyle’s writing is he did not try to debunk the ghost story or anyone’s experience, he did not take it upon himself to banish the ghost, he did not try to browbeat his readers into believing with eerie spectral pictures showing misty figures … he simply told a good story.  Whether skeptic or believer, it makes for some interesting reading.  I will definitely be on the lookout for Mr. Boyle’s other books in this series. 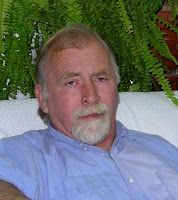 Terry Boyle is a Canadian author, lecturer, and teacher who has shared his passion for history and folklore in many books since 1976, including four Haunted Ontario titles. He has hosted television’s Creepy Canada and radio’s Discover Ontario on Classical 103.1 FM. He lives near Burk’s Falls, Ontario.

My two daughters and I went on a trip to Boston a few years ago.  Like their mom, both girls have an interest in all things goose bumpy.  They lay blame squarely on my shoulders for reading Stephen King and Dean Koontz while I was pregnant – I ask you, how do they even know I did that?  Anyway, back to my tale, what would a trip to Boston be without a little side trip to Salem.  We decided to take a walking tour called “Hocus Pocus” which not only gives the participants an excellent informational tour of Salem and its history including the witch trials but covers others points of interest such as the why and how of common architecture of the homes of the time, leading community figures through the years and, of course, some famous places of legend and haunting.

As one does when one is on holiday in this age of digital photography, we took pictures of EVERYTHING and then when we got back to our hotel in the evening we would compare, share and delete accordingly.

Since we had taken the train from Boston to Salem we had time to look at our captured images on the train ride back.  As we were looking through the pictures of John Ward’s (not to be confused with the famous, reputedly haunted house of Joshua Ward) saltbox house (where coincidentally, or not) we had all snapped a picture of the same side of the house at (we assume since we were together) about the same time.  As we were looking from one camera to other my youngest daughter noticed something odd.  Her picture looked a little bit different … there was a glimmer in the window that was not present in the pictures her sister and I snapped.  As she clicked and clicked again on that up-arrow that enlarges the picture on the camera viewfinder we all felt the hair on our arms stand up.  Was that really an image of a man in a hat standing in the window?  We quickly eliminated the most common explanations of car lights (the window is too high and not facing a road), a residual of her flash (she wasn’t using one) or anything else we could think of.  Was there possibly someone (caretaker?) in the house at that time of night?  Nope ... we contacted Hocus Pocus Tours to ask if that was possible and they in no uncertain terms told us there was no one in the house.  We forwarded them a copy of the picture.

Was it an apparition? 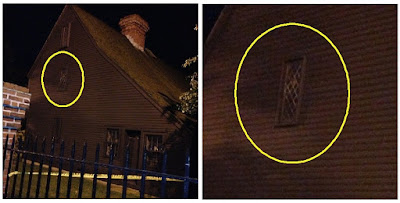 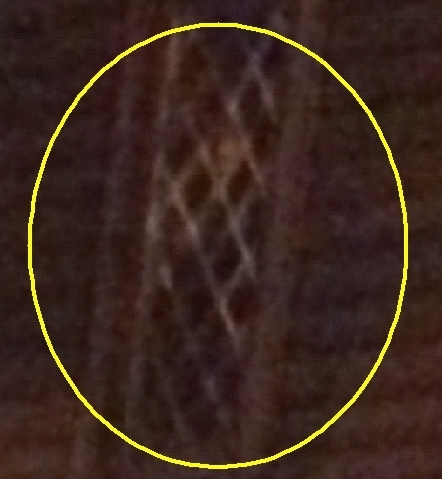