Slim to None - A Review

SLIM TO NONE by Jennifer Gardiner.

* I received this ebook at no charge from Netgalley in exchange for an honest review. * 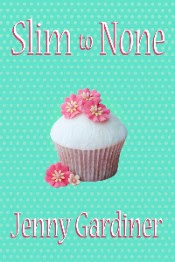 Abbie Jennings loves three things in life; her job as a restaurant critic, cooking and her husband, quite possibly in that order.  Of course, being a restaurant critic requires being able to dine incognito so she gets the “regular customer” dining experience.  And, being a restaurant critic also involves copious amounts of food being placed in front of her on a regular basis – and for Abbie – that equals an expanding waistline.  One night while leaving a well-known eatery she is “outed”.  Was this accidental as she wants to believe or has someone sabotaged her career?  There is now no way she can go unnoticed into fine dining establishments to do her job because between her picture being published in a rival newspaper and her girth she is too easily recognizable.  Her editor offers the opportunity to write a column for the paper (being fired is the unthinkable alternative) until she can lose some weight.  He assures her the combination of losing weight and the high turnover of restaurant staff will allow her to eventually go back to her old job.

Aside from probably being politically incorrect (check with human resources), the fact is Abbie doesn’t like the idea.  Losing weight has always been an issue in the past.  But, because she wants her job back she is going to give it her best shot.  With the support of her (long suffering) husband, her (adulterous) best friend and another (wealthy but homeless by choice) new friend Abbie embarks on her weight loss journey.

“Slim to None” is a cute book and a quick, easy read.  Each chapter is titled with a recipe instruction, such as “Separate Fat from Meat with Tongs” and “Mix Two Parts Despair, One Part Rage, Serve with a Splash of Regret” and ends with a recipe that Abbie can “whip up”.  I found the chapter titles amusing and the inclusion of recipes confusing (none of them were calorie friendly and/or low fat).

There is definitely a lot of humor in this book, and for anyone who has ever been on a weight loss diet, you KNOW there is not a lot of humor in that process.  However, the thing that did impress me about this book – and the reason I am rating it at 3 stars instead of 2 – is that this book testifies to the old adage of “many a truth is spoken in jest”.  Abbie’s feelings about her body ring true, her hatred of all things related to the dreaded scale, while funny, are also comments heard at WW and TOPS meetings all over the country.  Her quest for the perfect “quick fix” diet and her willingness to try all kinds of fad diets to achieve success, are sadly, also true … if they were not, the multi-billion dollar diet industry would soon be bankrupt.  My all time favorite in the book was the “Alphabet Diet” … on any given day you could only eat things that start with one letter of the alphabet, which for Abbie meant that on “M” day she could eat Mars Bars and M&M’s.  It’s funny, but it’s sad!  That about sums up this book, it has its sad moments, its funny moments, its touching moments and some recipes.  The most difficult thing for me to get past was the fact that for the first two-thirds of the book I did not like Abbie and it’s difficult to love a book when you don’t care for the lead character.

I did enjoy Ms. Gardiner’s writing style and would pick up another of her books (admittedly, probably at the library rather than the bookstore) just for comparison sake.  My opinion is that this book would have the most appeal to female readers of a certain age group (is there chick lit for the over 40 crowd?) who have at some point in their lives looked in the mirror and decided to try and “lose a few pounds”. 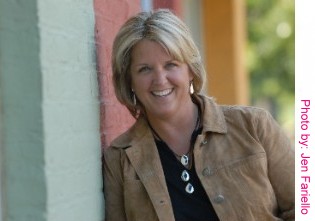 ABOUT THE AUTHOR
(from Amazon)

I've had pieces appear in Ladies Home Journal, the Washington Post and on NPR's Day to Day. I joke that I honed my fiction writing skills while working as a publicist for a US Senator.

Other jobs I've held have included: an orthodontic assistant (learning quite readily that I wasn't cut out for a career in polyester), a waitress (probably my highest-paying job), a TV reporter, a pre-obituary writer, and a photographer (once being Prince Charles' photographer in Washington!). I live in Virginia with my husband and a small menagerie; we have three grown children. I love all things Italian, dream of traveling to exotic locales, and feel a bit guilty for rarely attempting to clean the house.