Edward Lorn is an author I follow on Booklikes and he has just offered one of his novellas for FREE on Amazon.  I "one clicked" it on to my Kindle this morning so I have not read it yet ... but it is getting some pretty rave reviews on Amazon.

From the synopsis on Amazon ... 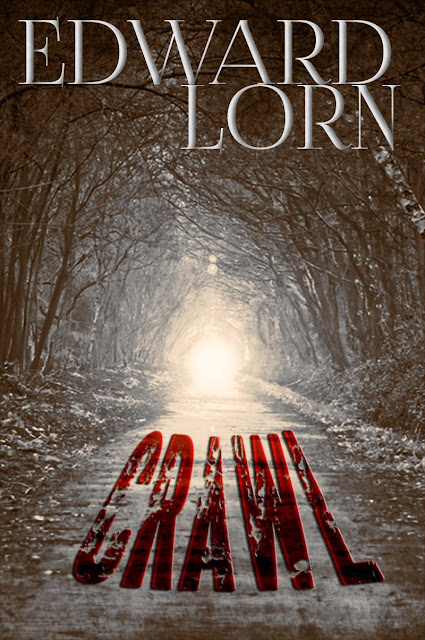 "FROM THE AUTHOR OF CRUELTY... You’re out in the middle of nowhere. You’ve been crippled and left for dead. There’s something in the woods. It’s coming. There’s only one thing you can do… CRAWL"

Edward Lorn is a reader, writer, and content creator. He's been writing for fun since the age of six, and writing professionally since 2011. He can be found haunting the halls of Twitter, Facebook, Instagram, Tumblr, and Goodreads. He has blogs on both Booklikes and Wordpress, with such popular features as Ruminating On and Randomized Randomocity. Edward Lorn lives in the southeast United States with his wife and two children. Not to mention, Ash and Coal (a.k.a. his Goombas). He is currently working on his next novel, EVERYTHING IS HORRIBLE NOW.

Email ThisBlogThis!Share to TwitterShare to FacebookShare to Pinterest
Labels: Giveaway