Red (A History of the Redhead) - A Review 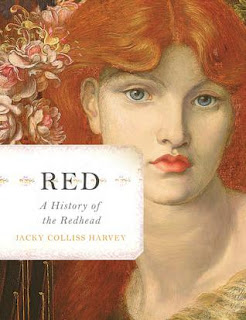 RED: A HISTORY OF THE REDHEAD by Jacky Colliss Harvey.

I picked up this book purely on a whim.  I have a few red-haired people in my life so I thought it would be an interesting read.  And, a couple of years ago, before making “THE BIG DECISION” I read a book about going gray.  If nothing else, I do want to be an equal opportunity reader!

“The study of hair, I found out, does not take you to the superficial edge of our society, the place where everything silly and insubstantial must dwell.  It takes you, instead, to the center of things.”  (Grant McCracken, “Big Hair”, 1995)

If Mr. McCracken’s quote is true then while reading Ms. Harvey’s book I must have been smack dab in the bulls eye.  I can’t think of one thing she left out of this very readable, highly enjoyable and extremely educational study of “the redhead”.  Why write a book about red hair?  Ms. Harvey explains that on the first page when she writes, … “It is, with me, as with many other redheads, the single most significant characteristic of my life.  If that sounds a little extreme to you, well, you’re obviously not a redhead, are you?”

Ms. Harvey takes her readers through the origins of red hair.  Why did red hair appear some time around 50,000 years ago?  Did you know that “the gene for red hair, for pale skin, for freckles, did not originate in Scotland, nor in Ireland, despite the fact that in both those places you will now find the highest proportion of redheads anywhere on Earth”?  There is even a map of showing Europe as populated by redheads. 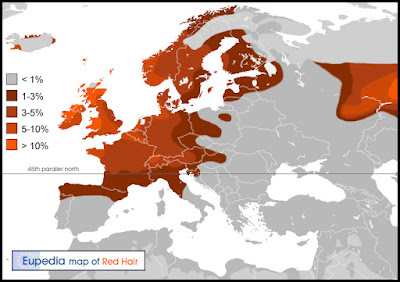 She then goes on to explain the science behind the recessive gene … the MC1R sitting right there on chromosome 16 … that causes red hair.  She delves quite deeply into the science behind red hair, while certainly interesting, it does point toward the fact that this book started out as a thesis. 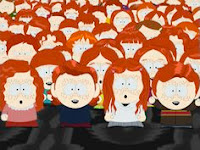 From there the book moves on through the history, historical figures, literature and art exhibiting red hair.  Through the ages red hair predisposed our conception of the person’s personality.  Men with red hair are definitely not to be trusted.  They are scoundrels (Erik the Red), traitors (Judas), not to be trusted (Fagin in Oliver Twist), lecherous (Henry VIII) and according to Cartman, “Gingers have no souls” (South Park) which probably explains why they have a reputation as more likely to come back as vampires.

Red haired women on the other hand are “good breeders” (you’ll have to read the science section to get the goods on that comment), very mysterious and intriguing, highly sexual and sexy, and even downright promiscuous (Mary Magdalene is portrayed, more often than not, as a redhead). 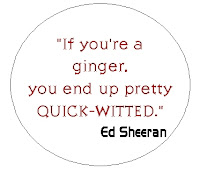 In the 21st century (because we are ever so much more enlightened??) the attitude that prevails is that red-headed women are regarded as the “executive type: brainy but no-nonsense, and slightly scary to the opposite sex (think Agent Scully in the X-files) while, despite the number of red haired CEO’s men are regarded as “good but effeminate – timid and weak”.

Recently artist and photographer Thomas Knights devoted an entire showing to photographs of red haired men, not only to celebrate “Red Hot Gingers”, but to try to dispel some of the stereotyping. 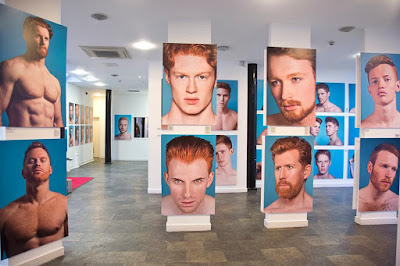 Some other interesting tidbits I learned …

…  feel more pain than do blonds or brunettes.
…  require more anesthesia to knock them out.
…  do not bleed more than people with other colors of hair (despite folklore to the contrary).
…  do not bruise more easily than others, although they may show bruises more frequently due to (usually) having much fairer skin.
…  react badly to cold temperatures, sometimes feeling physical pain at temperatures blondes and brunettes find bearable.
…  can tolerate highly spiced (hot) food with less or no discomfort.
…  have a higher rate of occurrence of Tourette’s syndrome.
…  have a higher rate of occurrence of ADHD.

Ms. Harvey continues on by taking her reader through redheads in art. 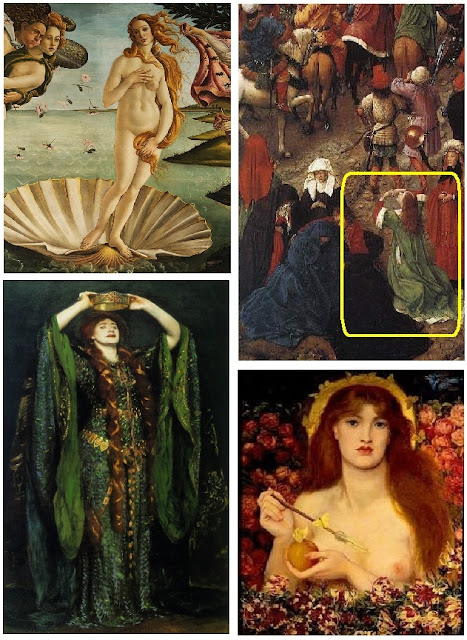 As icons in the entertainment field. 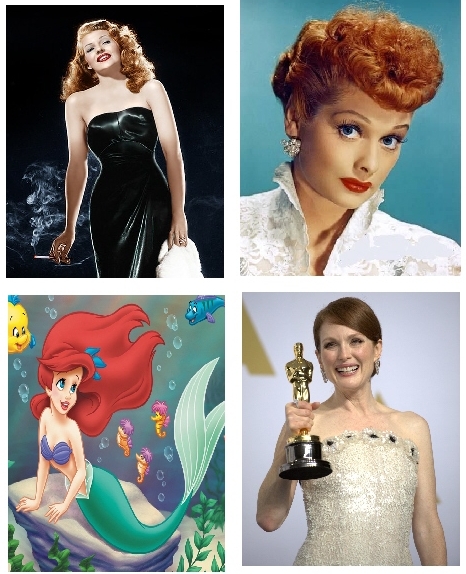 And on through to how attitudes are changing in the 21st century.
The city of Breda – approximately 65 miles south of Amsterdam – best known for chocolate, lemonade, licorice and beer, hosts an event called “Redhead Days”.  For one weekend redheads from the world over converge on the city to rejoice in being … well, Redheads! 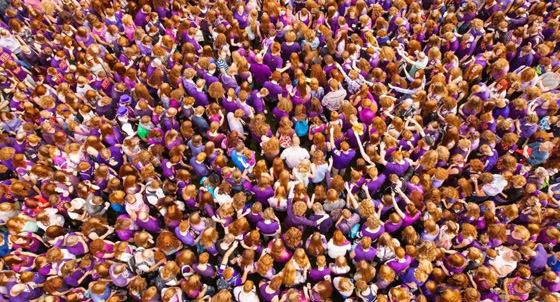 As I stated at the beginning of this review “Red” was a very enjoyable and educational book.  I’m glad I picked it up. 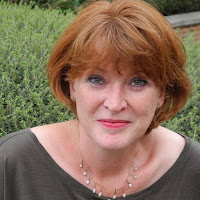 ABOUT THE AUTHOR (From Amazon.com)

Jacky Colliss Harvey is a writer and editor. She studied English at Cambridge University and art history at the Courtauld Institute. She has worked in museum publishing for the past 20 years and is a commentator and reviewer who speaks in both the U.K. and abroad on the arts and their relation to popular culture. Her red hair has also found her an alternative career as a life model and a film extra playing everything from a society lady in Atonement to a Parisian whore in Bel-Ami. She divides her time between New York and London.
Posted by Unknown at 7/15/2015