Switching things up with a movie review 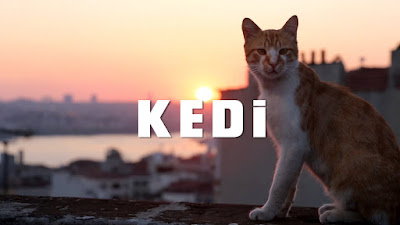 I was fortunate enough to see Kedi (Turkish for cats) at the Rogers “Hot Docs” in Toronto last night and I am not using the word “fortunate” lightly.  It was a delightful film.  I always walk into documentaries, especially those featuring animals, with a certain amount of trepidation because of what I might see.  With Kedi my greatest fear was that it would be tear-inducing account of the hardships feral cats face in the streets of Istanbul.  Oh yes, I’d watched the trailers but they always put the best parts into those don’t they?  Thankfully, my trepidation was unfounded.  I am sure they purposely left out “ugly” but, with my blinders permanently in place, that was fine by me. 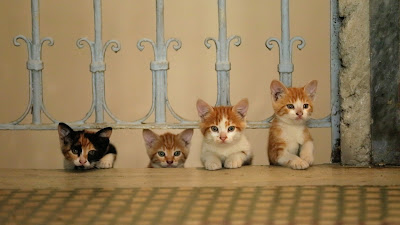 The cats of Kedi are not feral cats – wild and uncared for, they are “street cats” (as the film’s English title infers) – cats that are cared for, fed, petted and loved by the people with whom they share their city.  As one of the people featured in the film explained “we all have running tabs at the vet’s office”.  From the fisherman who discovered an abandoned litter of kittens and took over feeding them using a syringe to the shop owner who was administering antibiotic drops to a kitten with an eye infection there wasn’t much in this film that didn’t make me smile. 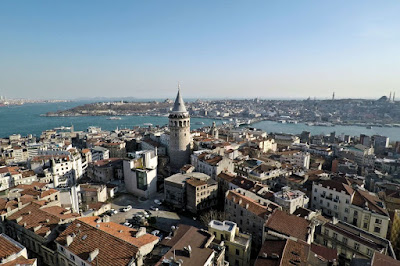 Common belief is that they first arrived on Norwegian trading ships and just stayed (a few of the cats definitely bore traits common to the Norwegian Forest breed).  And why not stay?  They are treated like the royalty I’m sure they believe they are.  The people in the film were eloquent in describing why the cats were such an important part of not only their lives but also the life of the city that they have roamed freely for centuries.  Kedi is also a truly beautiful film to watch … Istanbul on film is both breathtaking in the long shops and quite real, dare I say gritty at times, when the camera went to street shots and then even to cat’s-eye level. 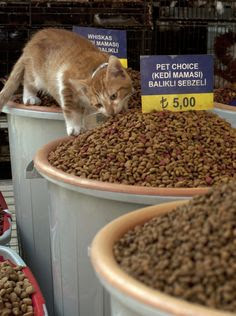 That entirely aside, and as it should be, the cats were the stars of the film.  Each of the featured felines had a distinct personality.  With a gentleman, a psychopath, the lover and the hustler the movie could be a Hollywood blockbuster but these cats are just going about their days and, more often than not, getting their own way.  Even President Obama was not immune to their powerful charms when he bent down to pet one of these felines on a tour of Hagia Sophia.

There was a serious side to Kedi that cannot be overlooked.  The people are concerned about the gentrification of their little part of the city.  They worry about themselves but also about what will happen to these cats that are so much a part of their lives.  Now the cats lounge in the sun on car windshields, relax in store doorways, perch upon high walls, sprawl on top of awnings and curl up on sidewalk café, they have their private little hidey-holes and safe places to disappear into when they need alone time.  The citizens fear for them when all there spots disappear.  Where will they go … both people and cats? 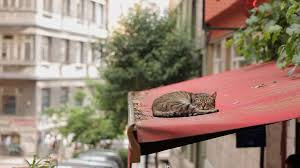 I must admit there was a big – okay huge – part of me that watched this film with my Canadian mentality and wondered why they would not start a Trap/Neuter/Release program in this beautiful city.  The people pick up and cuddle kittens, interact with these cats, feed them and look after their health … why not spay and neuter? But, this is a review not a platform so, definitely, this is a film I would not hesitate to recommend to anyone but especially those with a soft spot for furry feline friends.
Posted by Unknown at 3/10/2017