This book blipped on my radar but wasn’t readily available so I sort of forgot about it, then it magically arrived on my doorstep in my “Cozy Box Swap” and I was quite thrilled.  I had a mountainous pile of library books that had to be read and returned so it took me a while to get to this one.  I’m really sorry about that because 1. It was a gift and I wanted to read it and, 2. It is a fantastic book! 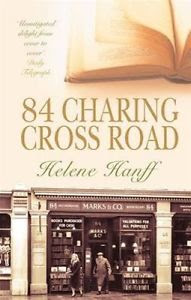 Helene is looking through the Saturday Review of Literature when she comes across an ad for the bookstore at 84 Charing Cross Road.  She writes a letter to the store inquiring about purchasing some classic books she is having difficulty finding in New York City … difficult that is without leaving her apartment and spending an outrageous amount of money.  Soon enough the books arrive on her doorstep and so begins a 20-year correspondence and friendship between herself and the proprietor of the store, Frank Doel.  The story is told entirely through the letters she and Frank, as well as some other employees of the store and Frank’s family, share.  The reader is not only privy to their lives through the correspondence but is also given a very clear picture of post war London compared to New York City in the same time period.  It was a charming read.

Helene never made it to London during Frank’s lifetime, or for that matter the lifetime of the bookstore at 84 Charing Cross Road, but she did eventually manage to take her “dream trip” to London because of the letters. 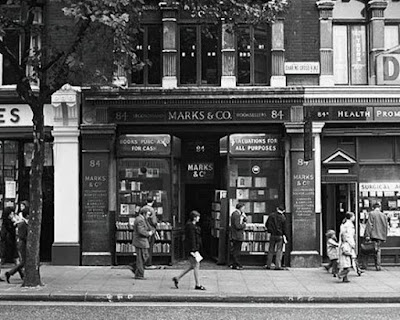 A trip paid for by their publication led to what was the second half of this book, originally published as “The Duchess of Bloomsbury Street”, it is the tale of her exploration of London.  A little bittersweet because she can never meet Frank she never the less takes her reader along as she joyfully explores this city she loved from afar.

While I enjoyed the first part of the book slightly more than the second the book taken as a whole was marvellous.  I fell a little bit in love with Helene: her brashness, her outspokenness, her feminism before it was fashionable and her frugal way of getting things done.  She charmed me as she charmed all the people she met along the way during this part of her life.

This was definitely a 5-star read and I encourage anyone who loves books and likes London to pick up this book.  This is a book that is definitely getting a permanent home on my favorites bookshelf.  I am going to make a point of picking up what amounts to the third in this original “trilogy”, “Q’s Legacy”.  I wish I had read this book before my own trip to London last year.

“I do love secondhand books that open to the page some previous owner read oftenest. ...

“I love inscriptions on flyleaves and notes in margins, I like the comradely sense of turning pages someone else turned, and reading passages someone long gone has called my attention to.”
Helene Hanff 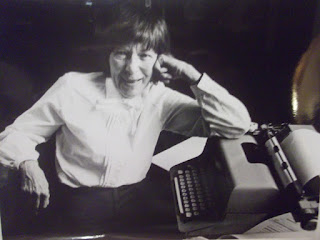 An American writer born in Philadelphia, Pennsylvania. She is best known as the author of the book 84, Charing Cross Road which became the basis for a stage play, television play, and film of the same name.

Helene Hanff's career saw her move from unproduced playwright to creator of some of the earliest television dramas to becoming a noted writer and personality in her own right, as a quintessential New Yorker. She wrote a memoir in 1961 called Underfoot in Show Business that chronicled her struggles as an ambitious young playwright trying to make it in the world of New York theatre in the 1940s and 1950s. She worked in publicists' offices and spent summers on the "straw hat circuit" along the East Coast, all the while writing one play after another. Her plays were admired by some of Broadway's leading producers but somehow none of them ever made it to the stage.
When network television production geared up in New York City in the early 1950s, Hanff found a new career writing and editing scripts for many early television dramas. Chief among these was the Dumont Network series The Adventures of Ellery Queen. At the same time, she continued to try to get one of her plays produced on Broadway and not just be "one of the 999 out of 1,000 who didn't become Moss Hart." (In later editions of Underfoot, this reference was changed to Noël Coward.) The bulk of television production eventually moved to California, but Hanff chose to remain in New York. As her TV work dried up, she turned to writing for magazines and, eventually, to the books that made her reputation.

Hanff was never shy about her fondness for cigarettes and martinis, but nevertheless lived to be 80, dying of diabetes in 1997 in New York City. The apartment building where she lived at 305 E. 72nd Street has been named "Charing Cross House" in her honor. A bronze plaque next to the front door commemorates her residence and authorship of the book. In England, a bronze plaque on the site of the original building commemorates the bookshop at 84, Charing Cross Road.
Posted by Unknown at 2/22/2017