The Night Bell - A Review 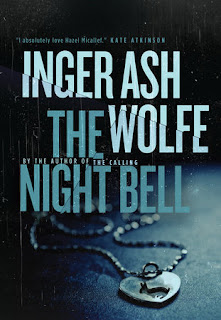 When the night bell tinkled over the back door at the Dublin Home the sleeping boys hid under their blankets and tried not too breath too deeply for fear of attracting the attention of Old Father Crumb.  He came often, always announced by the gentle ringing of the bell hanging over the back door, to collect one or another of the boys living in the orphanage.  Those taken were never seen again.

Could the boogeyman these young lads imagined be real?  There had definitely been something going on at Dublin Home in the 1950’s that no one wanted to talk about and when bone fragments started turning up in the freshly turned soil of a new subdivision it became a puzzle for the 2015 police to solve.  Hazel Micallef didn’t believe in the boogeyman, but her 40 years with the Port Dundas OPS had confirmed that there were certainly evil men – even in her little corner of Northern Ontario.  After the discovery things take a turn for the worse when residents of the new subdivision are getting murdered.  Hazel suspects the two incidents are related.

Hazel doesn’t take kindly to the fact that the RCMP are taking over “her” case so when she is ordered to stand down on the murder investigation she and Detective James Wingate (on limited duty since he is still recuperating from the incidents in the last book, “A Door in the River”) decide to investigate a little bit more about the bones.  Little did Hazel know that the case would take her down memory lane to when she was 15 years old and her friend mysteriously disappeared.

This is the fourth installment in the Hazel Micallef series and I have enjoyed every one of them.  The danger that comes with being invested in a book series is that the stories start to become a little “cookie cutter”.  Not so in this case.  I think “The Night Bell” is the best to date.  Wolfe weaves a page turning mystery intricately with enough character growth to keep the books fresh.  Even in a book in which the main plot idea has been done many times before, he finds twists and turns to make one want to continue reading (voraciously) until the very last page.

In the mystery/thriller world of books where ex-army, special ops and damaged cops rule the pages Hazel is a welcome, refreshing and very entertaining change.  In her early 60’s Hazel is a small town career cop, divorced and living with her ex-mayor mother who is suffering from the early signs of dementia.  She sounds like the hobbyist sleuth in a “cozy mystery” but these books are far from that … plenty of blood, guts and nail-biting suspense to hold the attention of any fan of the genre.

“The Night Bell” could be read as a stand-alone novel despite some mentions of things that have transpired in previous books, but since it’s only the fourth in the series I would suggest starting with the first book, “The Calling”  to get Hazel’s whole story.

Who is Inger Ash Wolfe?

This was the question asked in March 2008, when a novel entitled The Calling was released by McClelland & Stewart. It was one of the most heavily hyped books of the spring season, not only due to its disturbing subject matter — a detective named Hazel Micallef finds herself on the trail of a serial killer targeting the terminally ill — but because of the secrecy surrounding the author. Wolfe was promoted as “the pseudonym of a well-known and well-regarded North American literary writer.” 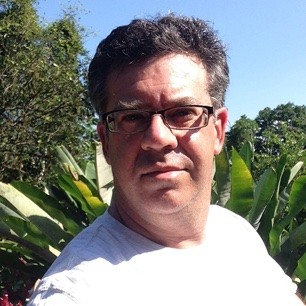 Immediately, the hunt was on. Michael Redhill was an early suspect. Linda Spalding was a possibility, too. In Maclean’s, literary journalist and critic Sarah Weinman concluded that Wolfe was none other than Jane Urquhart. Eventually, the buzz settled down and the identity of Wolfe seemed destined to remain an unsolved literary mystery. But in aGlobe and Mail essay published late last month, as Wolfe’s third novel, A Door in the River, arrived in stores, readers finally learned the truth.

“I’m relieved that it’s over with,” says Wolfe, better known as Michael Redhill, sitting in the backyard of the east-end Toronto home he shares with his partner and two children.
Posted by Unknown at 3/16/2016