Safe As Houses - A Review

SAFE AS HOUSES by Susan Glickman 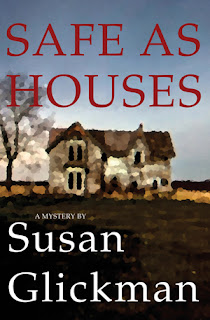 Recently I’ve traveled to Iceland, Victorian England, the no-too-distant-future New York City and a small town in Virginia – all without leaving my house.  That’s part of the adventure of reading.  But sometimes it’s a treat to stay closer to home so I like to pick up a book that takes place in a familiar city and neighborhood.  Such was the case with “Safe as Houses”, set in the Hillcrest Village area of Toronto.  Hillcrest Village is a well-established neighborhood of larger homes, high real estate values and few “For Sale” signs.  The streets are quiet, tree lined and the area overlooks the Davenport Escarpment.  It has it's own little "downtown" with storefront shops and outside seating areas (weather permitting - not always a given in Southern Ontario) for coffee and snacks.  It is a neighborhood that can boast of old Toronto style and new Toronto fun.

Ms. Glickman stays true to the personality of the neighborhood in this book and uses the setting very well as the backdrop to her mystery. 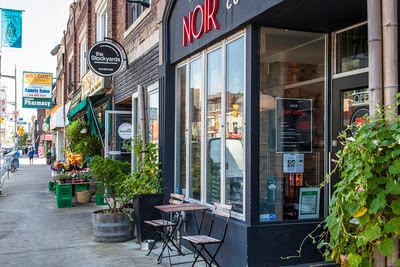 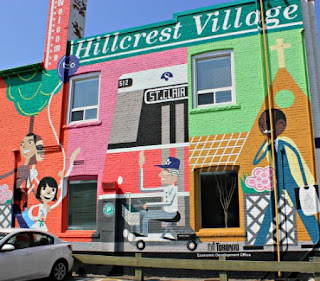 Liz Ryerson’s life is a bit complicated.  She lives in a large home in Hillcrest Village with her two teenage children; a son she indulges and a daughter just entering the rebellious stage that involves boys and parties.  She and her children live on the main floor of her converted house while her ex-husband and his latest girlfriend share the top floor.  Unconventional to say the least, but it has to work because otherwise Liz could never afford to stay in the house she loves.  Sometimes the only moments of quiet she gets are in her bookstore, which occupies the street level of the house, or walking her dog through the nearby park.  It is on one such walk by the park’s duck pond that Liz’s dog unearths the remains of a man, a real estate agent Liz knows by reputation only.

Despite being traumatized discovering the body she is shocked that something like this could occur in "her" park at "her" duck pond and in "her" own neighborhood.  Suddenly she no longer feels safe in her own home.  The police are doing what they can but Liz feels the investigation is going too slowly.  Having recently befriended an elderly widower with too much time on his hands and an inquisitive nature, Liz finds herself taking on an investigation of her own.

This sounded like the type of book that I might start on a Sunday morning with my coffee and not want to put down until I finished it (That’s what Sundays are for – right?).  That was, unfortunately, not the case with “Safe as Houses”.  I often found my mind wandering.  The book is well-written and the story was engaging, but where I was expecting a riveting murder mystery this was more of a study of Liz Ryerson’s life with a side serving of murder.  I read entirely too much of her problems with her daughter’s new boyfriend, the awkwardness of having her ex-husband co-habitat one floor up and the difficulty of keeping the bookstore afloat.  Not boring … just not what I was expecting.

I very much enjoyed the Toronto setting and the short trip to northern Ontario Ms. Glickman included but, as I said, it was not quite the story I was expecting from the book’s description.  Still a solid three-star read, I would not hesitate to recommend this book to fans of a cozy mystery (as opposed to a mystery-thriller).

Susan Glickman is a novelist, poet, critic, and teacher.  Her previous fiction includes “The Violin Lover” and “The Tale-Teller”.  She lives in Toronto, where she teaches creative writing at Ryerson University and the University of Toronto.
Posted by Unknown at 3/14/2016