The Walking Dead: Invasion - A Review

THE WALKING DEAD: INVASION by Robert Kirkman and Jay Bonansinga 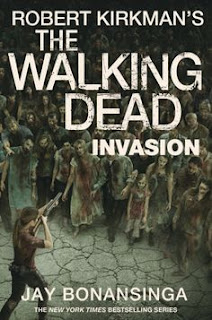 When we last left our group of Woodbury survivors in “Descent” they had just moved everyone left after the governor’s rampage underground.  They made the ancient tunnels and mine shafts habitable and safe.  However, they knew they could not stay down there forever because living underground was taking it’s toll on the senior citizens and children in Lilly Caul’s group.  Lily wants Woodbury back but it is still infested with the herd of walkers that drove them underground in the first place.

Deep in the “hinterlands” Reverend Gerlitz is very busy rebuilding his group of followers and he has come up with a diabolical new weapon to take revenge on not only the walkers roaming about but on Lilly and her group as well.

Which group will come up victorious is this (reputedly) final confrontation.

I had this audio book on hold at the library and it became available shortly after the “Walking Dead” midseason finale aired, so I could continue to get my “walker fix” for a little while longer.  Although not the best book in the series I did enjoy this installment in the series and I think any fan of the television show would enjoy the books as well.  Of course, there is no shortage of “gruesome” in these books and I think the only authors who can match George R.R. Martin for his ruthlessness in killing off favorite characters is the team of Kirkman and Bonansinga.  What else can I say about this book?  I enjoyed it and it is what it is … a book about a zombie apocalypse … that for some strange reason I find entertaining.

If you have read the other books and are a fan of the series then I highly recommend these books.  Although there is some overlap between these books and the television series you won’t hear too many familiar names.  If you are thinking about reading the books I would highly suggest starting with “The Road to Woodbury”. 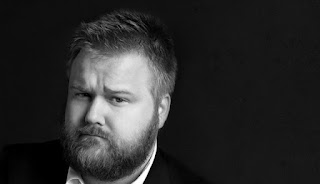 In addition to his work as a writer and executive producer on The Walking Dead, Robert Kirkman is also a successful creator of independent comics. Kirkman created and continues to write the long-running Image Comics title The Walking Dead, on which the show is based, and the comics have been gaining popularity throughout its run. He also writes the acclaimed and equally long-running super-hero comic Invincible, which he created with Cory Walker, and the all-ages comic Super Dinosaur, which he created with Jason Howard. 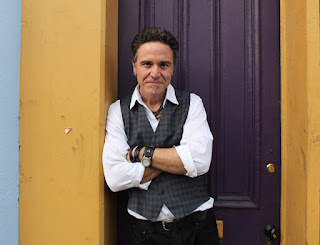 THE CHICAGO TRIBUNE says, “Jay Bonansinga has quickly and firmly established himself as one of the most imaginative writers of thrillers. His twisting narratives, with their in-your-face glimpses of violence, are set in an unstable, almost psychotic universe that makes the work of many of his contemporaries look rather tame.”

Jay also proudly wears the hat of indie filmmaker: his music videos have been seen on The Nashville Network and Public Television, and his short film CITY OF MEN was awarded the prestigious silver plaque at the Chicago International Film Festival. The holder of a master’s degree in film from Columbia College Chicago, Jay currently resides in Evanston, Illinois. He is also a visiting professor at Northwestern University in their Creative Writing for the Media program, as well as the Graduate Writing Program at DePaul University. 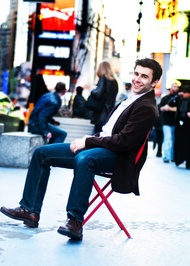 A Familiar Voice: An accomplished voiceover actor on more than 50 audio books, Berman says the key is not to impersonate or put on voices. “I cast the book in my mind,” he explains. “I say, ‘Who is this person?’ So, in my head, Judi Dench is playing this role. I don’t want to do an impersonation of Judi Dench, but I am channeling her in that moment. Sometimes it works and sometimes it doesn’t.” Berman's audio work ranges from children’s books to what he calls “fantasy romance novels”—and sometimes both in the same day. “One time, I went from the most ridiculously depressing book, The Painted Bird, about a kid wandering through the forests of Poland after World War II, to a romance book where I voiced the sexiest Greek man alive who always wears leather pants and no shirt in softcore porn scenes.”

When pressed to choose between acting and music, Berman responds, “I love them both, but I have to be honest: There is nothing in the world like playing drums in a rock-and-roll band at a live concert.
Posted by Unknown at 12/23/2015