The Dressmaker - A Review

THE DRESSMAKER by Rosalie Ham 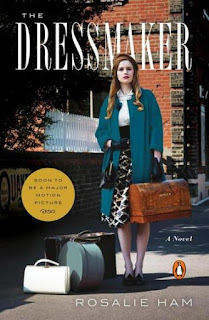 Twenty years ago, following a tragic incident, Tilly Dunnage was sent away from Dungatar the small rural Australian village where she grew up.  She spent the time wisely learning the art of couture dressmaking.  Now, on the heels of another tragedy, she has returned home only to find that most things have not changed; the townsfolk still hate her, her mother has seemingly slipped further into senility and they are still considered the outcasts.  But the one thing that is different?  Tilly now has a skill that the women of Dungator covet … they want her dress designs for themselves.

Although there is a dark undercurrent in this book the major part of the story is the characters themselves.  Dungatar is populated by a very unusual cast of characters, including the cross-dressing policeman, the wanna-be debutante, the lesbian post mistress and of course, the obligatory “best-catch” bachelor among a only a few.  What these rugby-loving, gossip-mongering, one-upmanship-practicing and universally flawed townsfolk get up to is boggling.  With the exception of two characters there wasn’t a totally lovable one in the bunch and I enjoyed every minute of their escapades.

This is a well-written story about an isolated small town where the residents think they can get away with anything only to discover that revenge definitely is a dish best served cold. 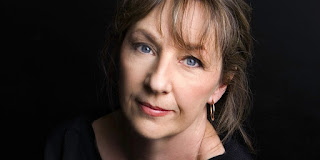 Rosalie Ham is the author of The Dressmaker, Summer at Mount Hope and There Should be More Dancing. Her novels are described as having fresh, unusual and entertaining ideas and have sold over 75,000 copies. Rosalie was born and raised in Jerilderie, NSW and now lives in Melbourne.

She holds a Master of Arts in Creative Writing and teaches literature.

The film of The Dressmaker starring Kate Winslet, Judy Davis, Hugo Weaving and Liam Hemsworth is scheduled to be released in Melbourne on October 29tht, 2015.
Posted by Unknown at 12/05/2015