The Things We Keep - A Review

THE THINGS WE KEEP by Sally Hepworth 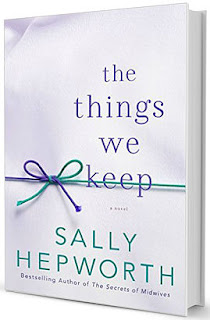 Anna Forster had a great job as a paramedic.  Anna had a nephew she absolutely adored.  Yes, she recently split with her husband, but all in all Anna had a life she enjoyed.  Anna was 38 years old and Anna was just diagnosed with Early Onset Alzheimers.

Eve Bennett is a classically trained chef.  Eve has a daughter she adores, a husband she loves and a life that would make anyone envious.  In the space of one day that perfect life falls apart and Eve finds herself as a single mother looking for a job.

Both women end up at Rosalind House, a private assisted living centre, Eve working as a cook/cleaning lady and Anna as a resident.  The women form a tenuous friendship.  Soon Luke, another young resident suffering with a form of dementia which affects his ability to speak, and Anna form a friendship that soon turns to something more. Everyone is appalled, but Eve thinks they deserve any happiness they can grab before neither one of them remembers the other.

There have been many books and films about Alzheimers lately.  I’ve read and watched a few because this disease touched my life when my father was diagnosed.  On the whole the books are touching and often heart wrenching and “The Things We Keep” is both those things.  I requested this book because, considering the age of the main characters, I thought it would offer something fresh.  For me, it fell short in that department.  Despite that little let down it was still a lovely story, well written and well researched as to the progression of this disease.  The one thing that I have to commend is how well Ms. Hepworth portrayed how difficult this disease is on the family of those afflicted.  Yes, it must be a personal hell to live with the disease in the early stages, but as it reaches its final stages it profoundly affects the loved ones of the patient.

Although the book fell slightly short of my personal expectations I would not hesitate to recommend this book.

I received this book at no charge from the publisher, St. Martin’s Press, via Netgalley in exchange for an honest review. 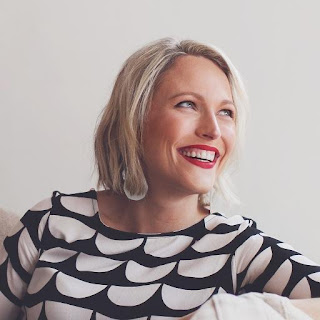 Sally Hepworth has lived and travelled around the world, spending extended periods in Singapore, the U.K., and Canada. While on maternity leave from her job in Human Resources, Sally finally fulfilled a lifelong dream to write, the result of which was Love Like the French, published in Germany in 2014. While pregnant with her second child, Sally wrote The Secrets of Midwives, published worldwide in English, as well as in France, Italy, Germany, the Czech Republic and Slovakia in 2015. A novel about three generations of midwives, The Secrets of Midwives asks readers what makes a mother and what role biology plays in the making and binding of a family.

The Secrets of Midwives has been labelled “enchanting” by The Herald Sun, “smart and engaging” by Publisher’s Weekly, and New York Times bestselling authors Liane Moriarty and Emily Giffin have praised Sally’s debut English language novel as “women’s fiction at its finest” and “totally absorbing”.

Sally’s next novel is titled the Things We Keep and will be published in February 2016. She is currently working on her next novel.

Sally lives in Melbourne, Australia with her husband and two children.
Posted by Unknown at 2/18/2016