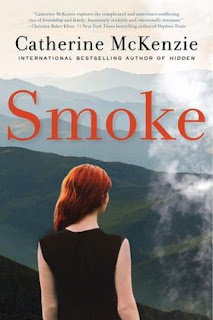 Beth used to fight forest fires.  She left that vocation in order to concentrate on her marriage and to focus on trying for the baby she and her husband so desperately want.  The baby that she hopes may save their marriage.  Things don’t go quite as planned and on the eve of discussing the possibility of divorce a forest fire erupts on the outskirts of town.  Instantly, she is drawn back into the excitement she, admittedly, has missed.  This fire might not only destroy her home but her marriage as well.  When all is said and done, will anything good be able to rise out of the ashes?

I am a bit ambivalent about this book.  While the story is good – I did enjoy reading about the forest fire and the tools used to fight it as well as the stress both the fire and the investigation surrounding it had on the inhabitants of the town.  However, it seemed to be lacking the page-turning excitement I thought it might have.  With an out-of-control forest fire raging all around them I found it a little difficult to believe that a town would go ahead with an annual fund-raising dance?  Add to that the fact that for the most part I didn’t really care for the character of Beth I wasn’t drawn into this book as much as I had hoped I would be.

The action did pick up in the last third of the book, but it was not until that point that I began to care about what happened to this town and its inhabitants.  Two-thirds is a lot of book to read through before things become captivating.

All that being said I think I went into this book with the wrong idea about the story.  I was anticipating a little more fire-fighting.  Someone else reading this without that mistaken preconception will probably enjoy the whole book rather than just, as I did, the last third.  The book was certainly well written and I would not hesitate to pick up another book by Ms. McKenzie.  I would just make certain I was more clear on the subject matter.

I received this book at no charge from the publisher, Lake Union Publishing, via Netgalley in exchange for an honest review. 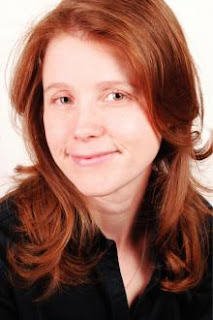 A graduate of McGill University in History and Law, Catherine practises law in Montreal, where she was born and raised. Catherine's novels, SPIN, ARRANGED, FORGOTTEN and HIDDEN, are all international bestsellers and have been translated into numerous languages, including French, German, Portuguese, Polish, Turkish, Slovakian and Czech. HIDDEN was also a #1 Amazon bestseller and a Digital Bookworld bestseller for five weeks. She has also published a novella, SPUN, which is a sequel to SPIN.

Catherine’s fifth novel, SMOKE, will be published by Lake Union on October 20, 2015. She is currently at work on her sixth novel, which is expected to be published in 2016.
An avid skier and runner, Catherine climbed the Grand Teton in 2014.