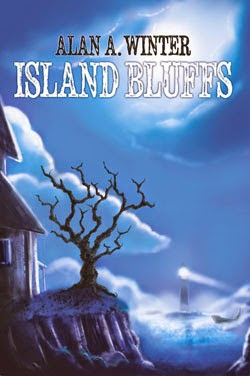 What would a couple agree to in order to have a biological child?  Is anything too much?  Carly and Gabe Berk face that question when all conventional attempts have failed.  Gabe has a daughter from his first marriage but Carly is determined to have the whole experience of giving birth to a child herself.  When they hear about “The Baby Maker”, Dr. Isadore Teplitsky, Carly is determined to take advantage of his reputation.  Dr. Teplitsky guarantees Carly will become pregnant but only if she agree to the terms of his contract … she must agree to carry twins, one her biological child and the other a child for him, which she will give up at birth and never see again and in her last trimester she much move within 30 minutes of his clinic.

Desperate though they are, Carly and Gabe still experience doubts about their choice.

Once outside the clinic, Gabe grabs Carly’s elbow, more to display moral support than to get her attention.  “The last thing Teplitsky said was that he knows what his is doing.  Do you?”

She pulls her arm free.  “How can you ask me that question?  My back is against the wall.”  Tears well up in her eyes.  She wipes them away with the back of her hand.  “It’s now or never.  Now that he’s given us a glimmer of hope, you’re having second thoughts.  That’s not fair.”
“Who is talking fair?  He just threw us quite a curveball.  I didn’t sign up for us to have someone else’s baby.”
Carly gently touches his arm.  “What does that change for us?  We will still have our baby.”  She shrugs, “And the other one?  I’m okay with doing him that favour.”
“Really?  You can be that nonchalant about carrying someone else’s baby?  What troubles me is that we don’t actually know what he is going to do with the baby.  Or whose it really is.  I’m not comfortable with any of this.”
“You heard him; the baby will be his.”
Gabe starts to say something else.
Carly puts her fingers to her lips, “No more.  If this is the price we have to pay to have our baby, then we are doing it.  Now, do you have anything else to add?”
Gabe knows her resolve, knows her mind is made up, and knows when to join the team.  “I guess not.”
Although reluctant to leave NYC Gabe soon enough finds a house for them on Island Bluffs, a sleepy community on the Jersey shore.  It’s a decrepit foreclosure that has sat empty for 60 years, but Gabe feels unexplainably drawn to the place.  Almost before he realizes it himself he has torn the “for Sale” sign out of the front yard and began negotiating the purchase and renovation.  Even before the first piece of furniture is off the moving van it becomes clear that the town hierarchy does not want the Berk’s to move into their house.  But why?  And, what are they trying to hide?

After receiving a speeding ticket (3 mph over) …

The sheriff is unruffled.  “Now you and your mind themselves and there won’t be any trouble …” he frowns at Yehuda and then at Carly’s swollen belly, “… for any of you.  Step out of line and you’ll wish you had picked another place to have your chocolate biscotti and mocha Frappucino, which, by the way, if no one’s informed you, we don’t serve in this town.  We call them cookies and egg creams here.”

When I read the book description I was expecting a book about a sinister doctor and his evil schemes ala “The Boys from Brazil”.  I wasn’t disappointed – I got a little bit of that. But, I also got SO much more.  “Island Bluffs” is a book that has several concurrent story lines, and although that can get confusing and frustrating at times, in this book it works brilliantly because they are so intricately intertwined that it flows seamlessly.  The writing is nice and tight so even when Mr. Winter has to take a break and explain some point of history (and there are a lot of historical facts in this book) it is woven so skilfully into the narrative that the thread and pace of the story is never interrupted.  Well-done Mr. Winter!

The characters I enjoyed the most were those of Gabe Berk’s father, Yehuda, and Buck, the handyman.  Both characters are octogenarians with tragic pasts that they have overcome with grit and determination.  They become fast friends over the course of the book and supply the story with both tenderness and some humour.

After receiving a note informing them Yehuda went to the library:

“I hope my father didn’t try to walk.  It’s pretty far.” Says Gabe.
“Does he even know where the library is?”
“Getting lost is not in my father’s vocabulary.  Even if he’s never been to a place, he somehow figures out where he needs to be.  He’s got like an internal GPS or something.”
“Probably it’s the amount of iron in his brain.  He inherently knows where the magnetic north is.”
“You don’t believe that nonsense?” Gabe asks.
“How else would you explain how men are able to find things better than women?  It has to do with their chemical imbalance.  I’m the first to admit that’s one defect that yields a benefit.”
“Maybe that explains why old men get rusty and forgetful,” he concedes with a cat-that-ate-the-canary grin.

There is no way to describe all the elements in this book without having to put a huge “Spoiler Alert” banner at the top of this post, which is something I always try to avoid.  Let me just say, taking some of the best elements from “The Boys From Brazil”, “The Russians Are Coming, The Russians Are Coming”, “Das Boot”, “Poltergeist” and “The Notebook” and rolling them into one cohesive story would come close to describing Mr. Winter’s page-turner.

The only negative comment I might have, and I am allowing some leeway since I received an ARC, is that it needed a better version of “Spellcheck”.  Some of the errors were almost inexcusable, such as spelling the major character’s name wrong (Berk/Burk) and the little bit of dialogue that was written in German was really bad.  Errors I hope are rectified in the final version.

Overall, I would not hesitate to recommend this book to anyone interested in a page turning read. 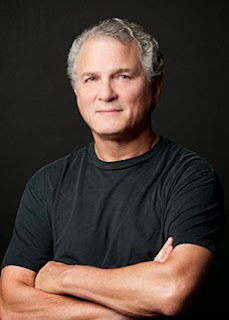 At first blush, Alan is quick to say that he never intended to be a writer. But when he thinks about it, he's been writing in one form or another, for his entire adult life. In college, he wrote paper after paper for his history and literature courses. Professionally, he edited a dental journal and wrote more than twenty scientific papers. That still doesn't explain how a dentist came to write fiction!
It started in 1982 when Alan made small talk with a patient about a sci-fi idea he had. She thought the idea was so terrific, she urged him to write a movie treatment about it. Alan dismissed her offhand. What did he know about writing movies?
The patient persisted. Each time she would visit his office, she would demand to see the finished movie treatment. Seeing she was serious and relentless, Alan agreed to hand her a treatment. But how? He had no clue where to start. Asking other patients for guidance, Alan was introduced to a young screenwriter who agreed - for a fee - to write the treatment. They worked together, produced a treatment, and shopped it around to a number of studios. One studio took the idea (without permission or payment) and turned Alan's treatment into a movie.

Still, Alan had no desire to write fiction. That changed in 1985. That was the year that Alan began writing his first novel, "Someone Else's Son," which was eventually published by MasterMedia, Ltd.

While maintaining his periodontal practice, Alan has continued to write since he first took up pen to paper, although now he is very appreciative that his mother forced him to take typing in summer school after his sophomore year of high school. Boys just didn't do that back in the '60s, but it has been an invaluable skill over the years.

Alan and Lori live in his native New Jersey. They have five children and five grandchildren.

OTHER BOOKS BY ALAN A. WINTER