A Change of Heart - A Review

Urban fantasy is not my usual go-to genre, but tempt me with vampires and I can be convinced to give one a try.  The bonus is that the vampires in this one are bloody and brutal – just the way I like ‘em.

A CHANGE OF HEART by Mark Benjamin 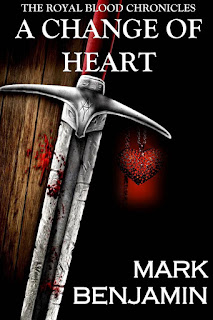 Gabriel Harper could be the poster boy for the fellow they kick sand on at the beach.  Smart and nice doesn’t always cut it and the bullies soon found he was an easy mark for their fun.  Escaping from one such attack by diving behind a dumpster Gabriel never thought it would change his entire world.  That’s where he came across the dying Lucas, one of “The Royals” in the vampire community.  Lucas had never procreated but with his dying gasp he decided to turn Gabriel.

Alone and not knowing what was happening to him Gabriel navigates, with the help of a strange voice in his head, what it takes to be a vampire and the reader is introduced to a very unique world of vampires and the Silver Legionnaires – those who hunt them.

When Gabriel and three of his friends are unexpectedly yanked from their everyday lives and into the fortress of the Legionnaires life becomes very uncomfortable for Gabriel.  Although he is a “hybrid” no one knows his secret, so how does a new vampire live among those determined to eradicate them.  As the story progresses the reader realizes that things are not happy in either camp and, while each community is determined to rid themselves of the other, a little extra spice was added because each community also had traitors within their midst.  Would the vampires and the Legionnaires destroy each other or would they be destroyed from within?

This was a fairly lengthy book and just as I thought things could be moving ahead at a little faster pace Mr. Benjamin threw in a twist I was certainly not expecting.  Well done as it certainly gave me my second wind.

This book starts out with a bang.  Mr. Benjamin definitely drops you right into the middle of the action and then just as you feel you need to catch your breath he the reader back to the norm … Gabriel’s world as a college student.  From that point on the book follows a pretty straightforward time-line.  While the book is written in the third person each short chapter is headed with the name of the character that the chapter features.  I have no problem reading in this manner but the book has an overabundance of characters to keep straight and, rather than helping, the chapter headings seemed to make it more difficult to keep the minor characters straight.

I did enjoy this book.  It was, in my opinion, a very original take on the vampire tale while still staying true to the nature of the beast.  It also gave me a vampire protagonist I couldn’t help but like without making him too “twilighty”.  I did feel that some of the characters had rather juvenile reactions to certain situations considering their twenty-something age bracket but this is book one in “The Royal Blood Chronicles” so I am going to assume the characters mature as the series progresses.  I am also going to assume that I received an ARC because the book could have benefited from a last fine-tooth-comb edit.

I would definitely pick up the next one because I am curious as to where the story is going to go.
3.5-Stars for this one.

I would like to thank the author for providing me with the book at no charge to read and review.
This in no way influenced my opinion.

ABOUT THE AUTHOR (from his amazon author page) 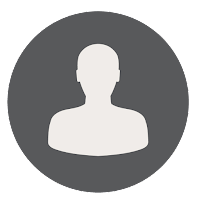 Mark Benjamin is the author of two books - one, in an adult urban fantasy series, The Royal Blood Chronicles; and the second, a short story. Devouring all books he could get his hands on from an early age, he managed to ruin his eyesight by reading (when he should have been asleep) under his bedcovers with a torch (video games had no say in his bad eyesight...okay, maybe a little). His love of books translated to a passion for writing, which he began aged ten (he still has his first juvenile novel to this day).

Currently working for a national bank, his dream job is to be a full-time author, a path he fully took when he sent a sample of his work to a ten-week introductory fiction course funded by an American foundation and conducted worldwide in 2010. Out of the 15 available slots, one was his out of hundreds of thousands of applicants (okay, perhaps a slight exaggeration, but it was advertised in the national dailies).

When not writing his third book or planning literary world domination, Mark enjoys spending time with his wife, entertaining his under one-year old daughter, playing on his Playstation (AnnA) and reading (obviously).
Posted by Unknown at 4/04/2017