Checking Out the Katie Maguire Series

For me Graham Masterton is synonymous with “The Manitou”.  Mr. Masterton has been responsible for some of my most cringe-worthy horror reads and his Night Warriors books still remain some of my favorites.  For a long while he sort of dropped off my radar and then I came across his crime thriller series featuring Katie Maguire.  I started the series with the most recent book so I knew I wanted to go back and check out the first few. 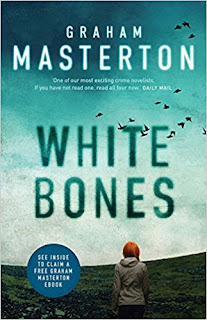 When some construction on a farm building unearths bones D.S. Katie Maguire gets called to the scene.  It quickly becomes obvious that this is not a recent crime scene and after the forensics it turns out that the bones date back to 1915.  But why so many dismembered bodies in one grave – each with a piece of lace tied through the thighbone.

The crime is passed on to an anthropologist to puzzle out until a new murder victim surfaces, oddly enough with a piece of lace tied to the thigh bones as well.  Now Katie has a recent and a decades old murder to investigate.  Is it possible that it is the same killer?

I can’t say Katie Maguire is a fresh take on murder detectives … women have been taking the leading role in a lot of crime fiction lately but she is an interesting leading character.  She has a shady husband and some pretty questionable “friends”.  What made this book a little different is Mr. Masterton takes some pretty fascinating Irish folklore and ties it into a crime thriller.

Oh?  Those cringe-worthy moments I mentioned?  Yup – still there.  I’ve read some pretty gruesome crime fiction in my day but this one had me grimacing, had it been a film I was watching I definitely would have been peeking out through my fingers. 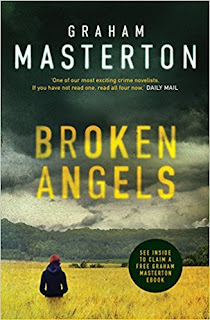 If you are out fishing on a chilly spring morning it’s because you hope to land a big one, but not necessarily as big as a human body.  Father Heaney’s bloated, tortured and garrotted body snags the fishing line and it’s quite obvious that he didn’t accidentally fall in the river.  When Katie Maguire is informed about the murder of a second priest, also similarly tortured she has to amp up the investigation despite the Church trying to throw red herrings and cover-ups in her way.

Again, the story line of this thriller is not an entirely new concept but he does give it a fresh spin, once again drawing in some myths and legends.  The manner in which Mr. Masterton has his crimes executed it pretty bloody and leaves no doubt as to the reason for the killings.  I had that part figured out before it was explained, but that in no way took anything away from the rest of the story.

Reading this book immediately on the heels of “White Bones” I immediately noticed a pretty serious continuity flaw.  One of the characters that very definitively died at the end of the first book was very much still alive at the beginning of this book.  It sounds a little petty but with 35+ books under his belt Mr. Masterton’s uncaught discrepancy set my teeth on edge.  I found myself reading the rest of this book anticipating other inconsistencies as I did so.  It was a bit distracting.  Mr. Masterton also likes to use the hospitalization of a family member as a distraction for Katie, once or twice I can accept, so I will pick up the third in the series somewhere down the road  - hopefully some of those personal peeves will be left out. 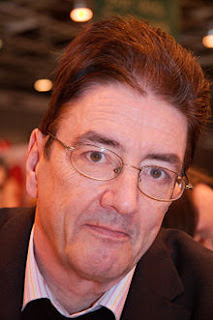 Graham Masterton's debut as a horror author began with The Manitou in 1976, a chilling tale of a Native American medicine man reborn in the present day to exact his revenge on the white man. It became an instant bestseller and was filmed with Tony Curtis, Susan Strasberg, Burgess Meredith, Michael Ansara, Stella Stevens and Ann Sothern.

Graham Masterton was born in Edinburgh in 1946. His grandfather was Thomas Thorne Baker, the eminent scientist who invented DayGlo and was the first man to transmit news photographs by wireless. After training as a newspaper reporter, Graham went on to edit the new British men's magazine Mayfair, where he encouraged William Burroughs to develop a series of scientific and philosophical articles which eventually became Burroughs' novel The Wild Boys. At the age of 24, Graham was appointed executive editor of both Penthouse and Penthouse Forum magazines. At this time he started to write a bestselling series of sex 'how-to' books including How To Drive Your Man Wild In Bed which has sold over 3 million copies worldwide. His latest, Wild Sex For New Lovers is published by Penguin Putnam in January, 2001. He is a regular contributor to Cosmopolitan, Men's Health, Woman, Woman's Own and other mass-market self-improvement magazines.

He lives in Surrey, England (sadly his wife, Wiescka died in April 2011). He has just finished writing a black thriller featuring Ireland's only female detective superintendent, Katie Maguire, set in the Cork underworld; and a dark fantasy, Jessica's Angel, about a girl's search for five supposedly-dead children.

He has written several new short stories and is currently working on a new horror novel, as yet untitled.