Mystical Landscapes and An Evening with Author Ross King

Yesterday I was fortunate enough to spend an evening at the AGO listening to Ross King give a wonderful talk about Claude Monet – an introduction to both his new book and to the AGO’s new exhibit “Mystical Landscapes: Masterpieces from Monet, Van Gogh and More”.  The AGO opened the exhibition in style turning the walls of the AGO's Walker Court into “A Starry Night Over the Rhone at Aries” with a light show for the opening gala.. 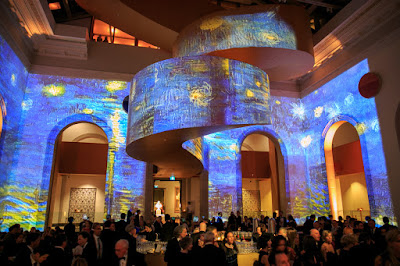 Mr. King, historian and author of several books including “Judgement of Paris” which he refers to as the prequel to his most recent “Mad Enchantment: Claude Monet and the Painting of the Water Lillies”. 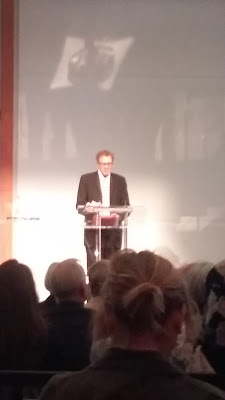 From reading some of Mr. King’s previous books I know he has the enviable ability to make the subjects of his books come to life.  He writes non-fiction that is not endless boring art history lessons and biographical facts but is rather great story telling with amusing anecdotes, tidbits, illustrations and photographs enhancing the facts.  His talk at the AGO was no different, including beautiful slides, great stories and intriguing (new to me) facts about Claude Monet’s life.  Judging from the Q&A following his talk the audience was filled with fans of Impressionist Art in general and Monet in particular yet Mr. King held everyone enthralled for the hour he spoke.  My daughter joined me for the evening, and while she enjoys art of all genres he certainly peaked her interest in Monet’s massive Water Lillies art installation.  She is lucky enough to be traveling to New York next week and after seeing the slides and hearing the story behind the mural-like paintings has added a MoMA visit to the “must fit in” list for NYC.

As enthusiastic as Mr. King was about his subject matter he was very careful (by his own admission – at his editor’s behest) not to give away everything in his book.  The line up to purchase his book at the end of the evening proved that he had succeeded in whetting everyone’s appetite.  I definitely picked up a copy and had it signed.  Mr. King was also kind enough to sign my copy of “Judgement of Paris” as well.  Mr. King was so generous with his time taking a few minutes to speak to everyone as he was signing his or her books.

Kudos definitely go to the AGO for putting on an enjoyable evening. 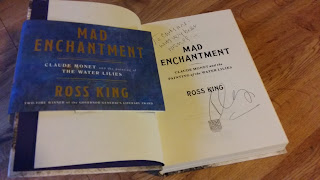 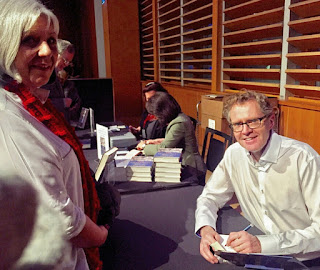 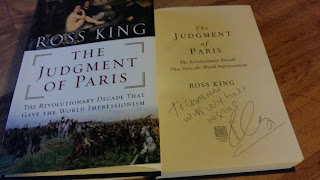 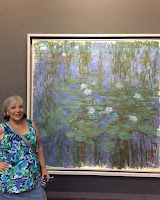 When I traveled to Paris recently friends knew I would definitely be going to the Louvre – I mean who goes to Paris for the first time and doesn’t take the time to see the Mona Lisa (okay one person I know, who will go unmentioned, you know who you are!) – but those same friends, knowing of my interest in Impressionist Art said “DO NOT miss Musee D’Orsay”.  Definitely good advice!  While packing for the trip I had included a favourite top.  I didn’t think about it, just threw it in because I like it.  I wanted to wear it one day and when she saw it my daughter suggested that I should save it and wear when visiting D’Orsay.  She takes the greatest pictures wherever she goes and the wheels were already spinning for this “Monet/Mom-et” moment.

To quote another Mr. King (Stephen) “Ka is a wheel” and that certainly proved true in this case.  Barely a week after I returned the newsletter from AGO popped into my electronic mailbox announcing their newest Impressionist special exhibit, which includes many paintings on loan from D’Orsay, and the talk by Ross King.  My tickets for Mr. King were booked in almost a heartbeat.  I wasn’t sure about spending the money on the AGO exhibit (it seemed a little redundant after “D’Orsay) but after hearing Ross King speak we decided that we are definitely going back to walk through “Mystical Landscapes”.  Planning to make a day of it we are going skip across town and check out the Chihuly Glass exhibit at the ROM on the same day.

Looking forward to it!

ABOUT THE AUTHOR (from www.rosskingbooks.com) 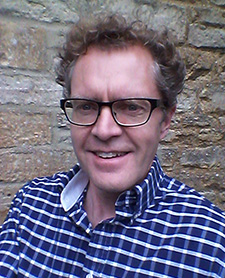 Ross King is the bestselling author of books on Italian, French and Canadian art and history. Among his books are Brunelleschi’s Dome(2000), Michelangelo and the Pope’s Ceiling (2002), The Judgment of Paris (Governor General’s Award, 2006), and Leonardo and The Last Supper (Governor General’s Award, 2012). He has also published two novels (Domino and Ex-Libris), a biography of Niccolò Machiavelli, and a collection of Leonardo da Vinci’s fables, jokes and riddles. He is the co-author with Anja Grebe of Florence: The Paintings & Frescoes, 1250-1743 (2015), the most comprehensive book ever undertaken on the art of Florence.

Ross’s latest book, published in September 2016, marks his return to French Impressionism ten years after his award-winning The Judgement of Paris. The story of Monet’s struggles and triumphs in the last dozen years of his life, Mad Enchantment: Claude Monet and the Painting of the Water Lilies has been written with “a historical novelist’s attunement to the interplay of place, temperament, and society … Never before has the full drama and significance of Monet’s magnificent Water Lilies been conveyed with such knowledge and perception, empathy and wonder” (Donna Seaman, Booklist).

In tandem with his writing, Ross is an active fundraiser for the arts and a passionate lecturer and tour guide. He serves on the Council of Academic Advisors for Friends of Florence (FoF), the fundraising charity that ensures the survival of Florence’s art and architectural treasures. He has participated in numerous FoF study tours throughout Italy, including in Rome, Assisi and Milan. He is a regular participant in the Italian Renaissance seminars at the Aspen Institute, and has given Impressionist tours of Paris, Normandy, Brittany and Provence. He has lectured in many American museums, including at the Smithsonian, the Art Institute of Chicago, the Frick Collection, and the National Gallery. When not traveling for work or pleasure, he lives in the historic town of Woodstock, near Oxford, with his wife Melanie. 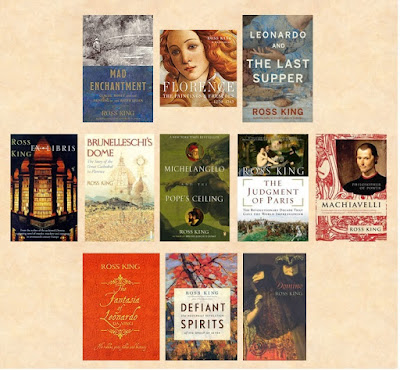 Claude Monet is perhaps the world’s most beloved artist. Among all his creations, the paintings of the water lilies in his garden at Giverny are the most famous. Seeing them in museums around the world, viewers are transported by the power of Monet’s brush into a peaceful world of harmonious nature. Monet himself intended them to provide “an asylum of peaceful meditation.” Yet these beautiful canvases belie the intense frustration Monet experienced at the difficulties of capturing the fugitive effects of light, shade, depth and color. Their calmness and beauty also conceal the terrible personal torments—the loss of loved ones, the horrors of World War I, the infirmities of age—that he suffered in the last dozen years of his life.

Mad Enchantment tells the full story behind the creation of the Water Lilies. The history of these remarkable canvases begins early in 1914, when French newspapers began reporting that Monet, by then 73 and one of the world’s wealthiest, most celebrated painters, had retired his brushes. He had lost his beloved wife, Alice, and his eldest son, Jean. His famously acute vision—what Paul Cezanne called “the most prodigious eye in the history of painting”—was threatened by cataracts. And yet, despite ill health, self-doubt, and advancing age, Monet began painting again, this time on a more ambitious scale than ever before.

Linking great artistic achievement to the personal and historical dramas unfolding around it, Mad Enchantment presents the most intimate and revealing portrait of an iconic figure in world culture—from his lavish lifestyle and tempestuous personality to his close friendship with the fiery war leader Georges Clemenceau, who regarded the Water Lilies as one of the highest expressions of the human spirit.

“King consummately meshes biography with art history … Never before has the full drama and significance of Monet’s magnificent Water Lilies been conveyed with such knowledge and perception, empathy and wonder.” - Booklist (Starred Review)

“Readers will rejoice at this critical and social “biography” of Monet’s stunningly ambitious final signature painting cycle, Water Lilies, a deeply immersive companion to the author’s memorable The Judgement of Paris … King is ever the brilliant docent murmuring the right, telling details and critical backstories in our ear as we move through space and time. He ultimately brings the man and his work into perfect focus while increasing his audience’s interest in both all the more.” – Literary Journal

Success of the AGO Gala evening:

The event raised $673,000 for the Gallery, which will be used to support its education and outreach initiatives as well as exhibitions like this one, which not only brought Starry Night Over the Rhone to Canada for the first time, but will also take significant Canadian works from artists like Emily Carr and Lawren Harris to the Musée d’Orsay in Paris.